The Pac-12 (or the conference of champions, as Bill Walton will remind the audience on most Pac-12 broadcasts), has several teams who have had interesting seasons for a variety of reasons. While it is not the deepest conference this season, there are still competitive teams who can make a run in this year’s Pac-12 Tournament. 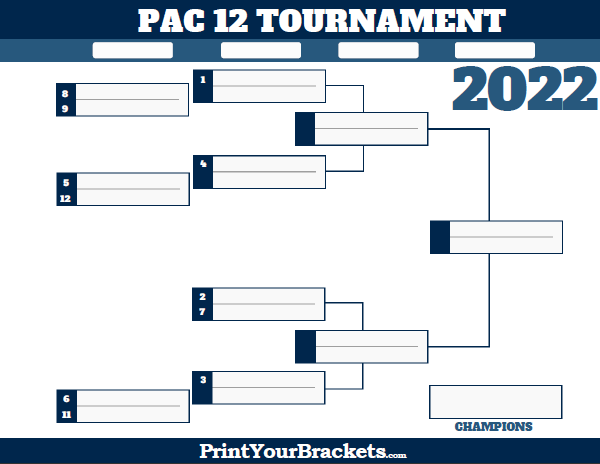 Arizona was able to win the Pac-12 by two games this season, despite having some distractions in recent weeks. Sean Miller is back with the team after sitting out a game, due to reports stemming from the FBI probe. They clearly have the most talent in the conference and will be looking to secure a very high seed in the 2018 NCAA Tournament.

Arizona State, USC, UCLA, Washington and Utah are all teams on the bubble for the big dance this season. All are capable of making a run in this tournament, but have been inconsistent. Oregon and Stanford finished in the middle of the Pac-12 standings, but would need a lot of help to make the NCAA Tournament. Colorado, Oregon State, Washington State and California had rough seasons and will be looking to salvage something this week.

The All-Tournament team is very dependent on who goes deep in a tournament. Who will be the best players in the Pac-12 Tournament?

Oregon had to replace a lot of production from their team last season, but have had a solid season. Their first game is against Washington State. While the Ducks did just lose to the Cougars, they won when they played them at home. They are also the superior team in terms of talent. Oregon should be able to get past the first round.

Their second game, if they win, will be against Utah. They lost to Utah in their only matchup of the season, but that was the first game of the conference season. Oregon is a better scoring and rebounding team, so if they can limit second opportunities for the Utes, they should be able to emerge victorious.

In the third round, assuming the tournament holds to form, they would play USC. They did lose both regular season matchups with USC, but only by seven total points. The Ducks will need to get hot from deep to win, but with their players, that isn’t asking for the world. The championship game would be against Arizona, a team they just beat at the end of the regular season, although Arizona was without Trier and Miller. While it’s not likely they win the whole thing, watch for the Ducks to go on a mini-run in the Pac-12 Tournament.

Pritchard runs the offense well and also leads the team in scoring and assists. With Elijah and Troy Brown adding a scoring punch from the wings, teams will need to have a good perimeter defense to beat them. Victor Bailey provides them with depth, averaging over 15 minutes per game.

On the interior, MiKyle McIntosh, Paul White and Kenny Wooten are all undersized, but have been productive. They rotate in and out, having very diverse games. McIntosh and White have an inside-out game, while Wooten is best staying on the inside.

It would be hard to pick anyone, but Arizona with how much talent they have. With Miller and Trier back in the fold, they shouldn’t have too much competition either.

Their first opponent will be the winner of the Colorado-Arizona State game. They split the series with Colorado, but swept Arizona State. Against either team, if they feed Ayton the ball, they will be fine.

If form holds, they will play UCLA in their second game. While they did lose to UCLA in the regular season, they should be able to get revenge against the Bruins. Ayton Had an off-game against UCLA, shooting below 50%. The chances that happens again is very low.

In the final game of the Pac-12 Touranment, Arizona will likely play USC. They beat USC by 14 in the regular season. Their biggest mismatch is with their wing players in this matchup, meaning Trier should have a big game to lead the Wildcats to a title.

With Parker Jackson-Cartwright, Allonzo Trier and Rawle Alkins all being good guards, they really don’t have a weak point in their backcourt. Their frontcourt is also strong with Trier and Dusan Ristic, so it will take a lot to beat Arizona. If they get in foul trouble, the Wildcats could be in trouble as their leading bench scorer, Dylan Smith, averages less than five points per game. With Miller back, they should be able to go on a run in March.