With TFT: Fates being out for about a week now, many players have caught onto how powerful Chosen units are. Everyone knows that tier four and tier five Chosen units are very powerful. However, some players don’t know that the Chosen units that show up early game are ones worth taking. These units can form a foundation for a winning strategy. Here are the top five “early game” chosen units (Tier one and Tier two) that players should be picking up in patch 10.20.

One of the best comps in the game in patch 10.20 is six Dusk Riven. Riven is a very powerful unit that can solo entire teams by herself due to being unkillable with her gigantic shield and tank items. However, the true reason behind Riven’s success comes from the six Dusk synergy.

With six Dusk units, Riven and all other Dusk units gain a total of 125% increased spell power. This boost is the equivalent of almost two full Deathcaps. This allows Riven to kill entire teams by herself. However, to get to this point a player needs six dusk units and there are only five in the game. That’s where the Chosen mechanic comes in.

Vayne is a Dusk Sharpshooter that can fulfill the two dusk unit synergy by herself. That is, if the Chosen trait is Dusk, of course. At two dusk units, every ally unit gains 20% spell power. This is the equivalent of one rod on each unit. Vayne makes a great early game DPS unit to just throw in. She falls off pretty quickly but the payoff of taking this unit is that once a player gets Riven online, it’s all worth it.

In the early game, it’s important to have a tanky frontline so your fragile DPS units can live. This is also very important in the late game too. That’s where an early Brawler Chosen unit can help. Tahm Kench and Maokai are fantastic at fulfilling this role.

With a Chosen Brawler unit, players have access to an early juggernaut as the two Brawler trait bonus will activate with just one Brawler. Tahm Kench and Maokai are the two strongest front line tanks in the early game. They also transition well into the mid and late game. Especially because one of the best comps in the game involve hitting the fabled eight Brawler synergy, which is only possible with a Chosen Brawler. That comps runs every Brawler plus an Ashe and the goal is to have the big beefy front line by time for Ashe to clean everything up.

Tahm Kench and Maokai aren’t the stars of that show, but the show can’t even start without them. If a player sees one of these two Chosen units in their shop, they should definitely think about picking them up. 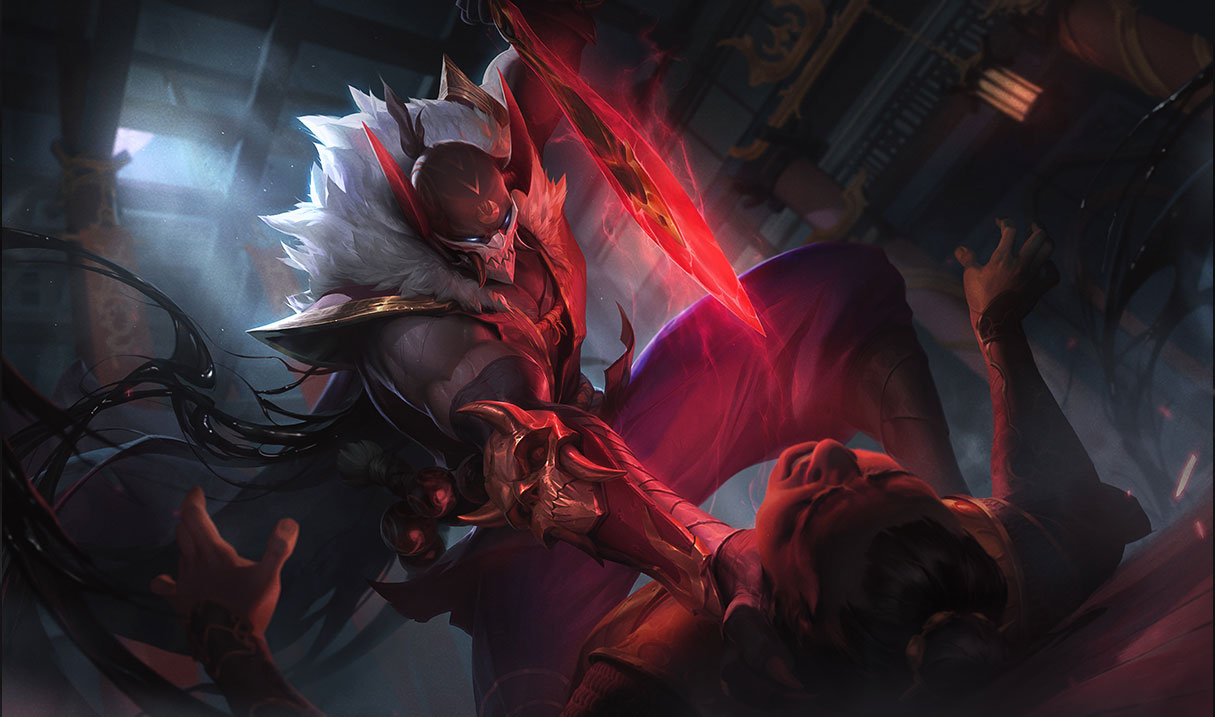 One of the more devastating traits in patch 10.20 is the Cultist synergy. With the Cultist synergy summoning a huge Galio every single round, they are one of the hardest synergies to beat. With the help of a Cultist Chosen, players can make sure that their Galio gets better throughout the game and are able to stay very healthy doing so. In comes Cultist Pyke to make sure that happens.

Cultist Elise is a good Chosen pick early too but if a player finds Pyke, the game becomes much easier to win with. Pyke has returned to TFT after a two set hiatus and he brings back his old ability. His spell was a devastating CC tool then and its still has devastating as ever now. With a Chosen Cultist Pyke, players will have access to that powerful CC ability very early in the game and will have a huge 2* body behind it. Give a Pyke a Morello or a Frozen Heart and he will carry you alongside Galio until the mid to late game.

At that point, just throw in the other seven cultist units alongside the Chosen Pyke and have Supreme Overlord Galio destroy anyone in your path to a first place finish.

The first of two true carries on this list comes in the form of Shade Zed. Zed is back with his set three ability and his traits this time around couldn’t have been more perfect.

Zed’s ability is Contempt For The Weak, which states that with every third attack Zed inflicts, he does bonus magic damage and steals a percentage of the target’s current AD. The Shade synergy states that on every third attack, the Shade unit drops aggro and then swings with increased magic damage. So essentially, the Shade trait was made around Zed and makes him very strong early on. On top of that, Zed’s a Ninja. The Ninja trait states that if Zed is the only Ninja on the team he gets an additional 50% AD and SP. Now just imagine if a player finds a Chosen Zed.

Chosen Zed is by far the best early game carry unit in the game as he doesn’t need any additional support. That is until he does. Chosen Shade Zed can definitely be very strong up until around Stage 4, but at that point, he’s going to need more firepower.

Unlike the previous Chosen units on this list, Zed needs to be a 3* unit to be impactful throughout the game. This means that instead of pushing levels to reach higher cost units, players will have to stay at level six or level seven and wait until they hit Zed 3*. The reward for doing so is pretty nice as it allows Zed to be a hyper carry that can stand toe-to-toe with almost anyone. Late game throw in the other two shade units and all four ninjas and you have a Zed that is easily one of the scariest units on the battlefield.

Zed being the best early game carry is actually up for debate. Chosen Duelist Yasuo has a lot going for him. In fact, Yasuo has more going for him than Zed does.

When players first got a feel for the Chosen mechanic, one thing was found out very quickly. Yasuo was just born to be a Chosen carry. The exile trait gives him a huge shield. And with the Chosen Duelist trait, he’s everything a player would want from an early game carry.

Duelist Yasuo is the best early game Chosen unit for a couple of reasons. The first is that Tier one units are the easiest to 3*. This is because the roll odds and the number of each tier one unit in the pool is larger than any other tiered unit in the game. A Chosen Yasuo already completes 33% of that. It’s not uncommon to see a 3* Yasuo at Krugs or right after.

The second reason is that like Zed, he doesn’t need support early game. He can carry fights by himself with no help due to his insane synergies. Exile makes it so he cant die and duelist makes it so enemy units die quickly.

The third reason is that late game, the Exile bonus gets an additional effect when Yone is added to the team. Not only does Yasuo gain a giant shield, he also gains 80% life steal. This makes it nearly impossible to kill him especially when a player has six duelists active. Most comps in the game just don’t have the damage output to put Yasuo away. He is also definitely capable to winning games against even the strongest of comps. And the best part: he’s only a tier one unit. That’s why Yasuo is the best early game Chosen unit.

Fleta is the Meta

[…] meta game has been dominated around picking up early game Chosen units. However, there is one comp that has been popping up more recently that not only utilizes an early […]