Warren Younger is a Two Time Master+ player in Set 3. Check back for weekly tier lists every Monday for TFT Set 3.5.

The new mid-set update to Teamfight Tactics: Galaxies has been out for a little less than a week now but the meta has quickly developed and stabilized.

There are a few fringe compositions on the outskirts of the metagame but five compositions stand above the rest in this week’s tier list.

The compositions are divided into two tiers this week. S-Tier and A-Tier. All five of these compositions are strong enough to win any lobby. But the S-Tier comps simply just do it more often and more consistently. Without further ado, here are this week’s top compositions.

Ol’ Reliable captures this week’s top spot on the tier list due to its consistency.

With there being seven total Cybernetic units in the game now instead of six, it is much easier to get the synergy online. Also with three galaxies giving the composition a huge boost in power (Galactic Armory, Superdense, and Treasure Trove) when it comes to the number of items in play, its a no brainer that Cybernetics are at the top currently.

The biggest weakness the composition used to have was Irelia getting CC’d out of a fight or being the target of burst damage due to being on the front line. Vayne is practically immune to both of those things. The one counter she theoretically has would be Infiltrators but her ability makes her go invisible which drops all aggro from her counters anyways. She does less damage than Irelia but she is much easier to keep alive making her a valuable option.

Irelia is still no slouch though. She can definitely be the main carry in the comp and with an Infiltrator Talon, she is definitely the optimal carry in this meta. Infiltrator Talon lets Irelia skip the pesky tanky Vanguard front lines and dive right onto the damage dealers. Players are opting to play Vayne over Irelia in games they don’t have access to a spatula item but it’s nice that there are finally options in the comp.

Vayne and Irelia also share the same core items. Look for the Infinity Edge/Last Whisperer combo for both units.

Speaking of options, Cybernetic’s also finally have a true partner in crime to go alongside Irelia/Vayne. Ekko is a monster of a unit now that he has a faster cast time and now that he applies frozen heart to all enemies he hits in his ability. An Ekko 2* does a lot of damage and buys a lot of time for Irelia or Vayne to clean up.

And if the comp needed, even more, win conditions, Thresh is better than ever now. The Chrono Mana-Reaver fits perfectly into the composition as is but now that Thresh can hook in Urgot for instant kills, the comp has even more ways to win late game.

This comp has every tool it needs to succeed in the current metagame, with the right items the comp is an easy top four and if played right it will win consistently too. 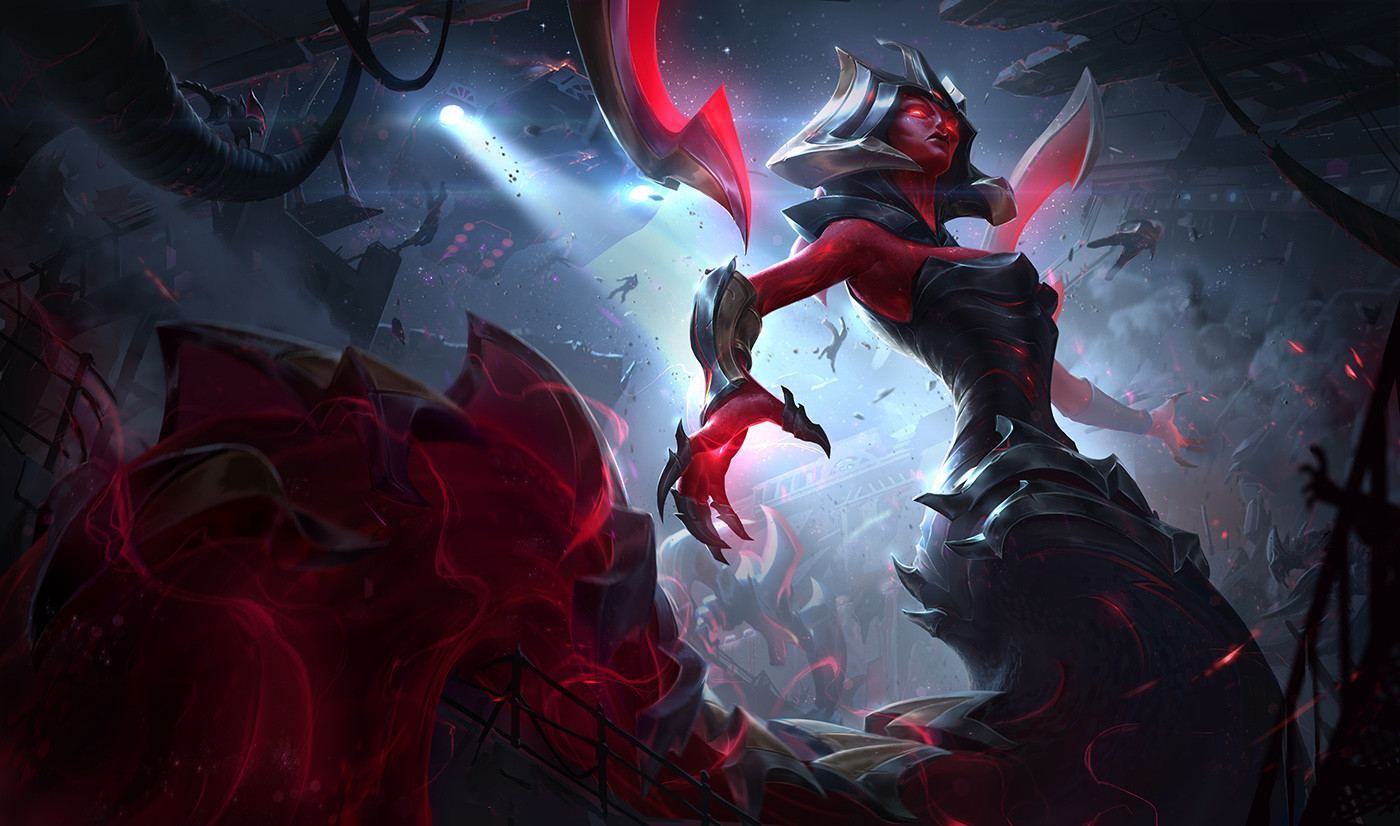 When Cassopiea got revealed in for patch 10.12, the response was not that great. Then, when players got to see how much damage Cassopiea does with her ability, she started to turn heads. Players immediately went from not caring at all to wanting to protect her at all costs.

Cassopiea is a Battlecast Mystic that is also a hyper carry unit. Her ability poisons enemy units that drain health from them over time but it drains almost all of it. The idea of the comp is to keep Cassopiea alive long enough for her to poison all the enemy units and watch the enemy team die slowly. How does one accomplish that goal? Throw in the tankiest team possible.

When it comes to items, Cassopia loves Blue Buff due to her having an insanely low mana cost. Morello’s is also fantastic on her as it speeds up the damage ticks and finally, Rapid Fire Cannon keeps her safe by being able to hit anyone from the safety of her back row. The rest of the items can be made into defensive items to be thrown on the front line to keep them nice and healthy.

Like Cybernetics, Thresh is the key ninth unit in the comp as he can hook in Urgots to instakill units.

The comp is very hard to deal with and it destroys any comp that has linear damage. If players find early AP items, this comp is a free top four and is a good shot to win.

When Cho’Gath left TFT in patch 10.12, Jinx players lost their best CC front liner. Little did they know that Cho’Gath would be replaced with an even better one.

Jinx may still be the star of the Blaster Brawler show but her job is so much easier with the returning addition of Gnar. Gnar has the same exact ability as he did in set one and it’s as devastating as ever. No back liner is safe in Gnar’s presence.

The comp has kept its new identity that players began seeing at the tail end of the first half of set three. Gone are the days of the four blasters. Instead, players are opting to fit in Mystic instead to keep Jinx alive longer. This is especially true now due to a bug fix Jinx received. No longer do her rockets proc off of the Blaster bonus. This change makes going deep into the Blaster synergy even less appealing than it was before. Make no mistake though, Jinx is a monster of a unit still.

Besides the addition of Gnar, Jinx also has a new and improved Auerilion Sol. Asol not only gives Jinx the third Rebel unit needed to activate the Rebel bonus but now also keeps Jinx alive longer by making enemy units’ abilities take longer to cast.

The comp still plays exactly the same and its still as good as it ever was if not better. If Cybernetics are contested, players should look to this comp to secure consistent top fours and maybe even a win.

The next comp on the tier list is another comp that benefits greatly from the new tier four Brawler, Gnar. Besides being a Brawler, Gnar is also an Astro unit. In this comp the Astro part is the most important.

The Astro synergy is a three-piece synergy that gives all Astro units 30 mana off of their spell casts. This is super beneficial to Gnar as it lets him rip open the backline even faster. But the Astro synergy is even more insane on another new Tier four Yordle. Teemo is center of this Astroworld.

Teemo is an Astro Sniper that has his infamous shrooms as his ability. The shrooms detonate on impact and do damage and slow significantly. With the Astro synergy, Teemo constantly lays out a minefield of shrooms. This makes it very hard for enemy units to get to the backline to even attempt to attack Teemo.

Teemo being a Sniper is another critical part of this comp. In patch 10.12, Riot introduced an extension of the Sniper synergy. Snipers now have a four champion synergy that increases Sniper damage to 20% per hex. Because of this, Jhin is just as an important carry unit in the comp as Teemo is. Both units create a very deadly one-two punch that makes other front to back fighters regret even queuing up to play.

The major weakness of this comp is backline divers. Getting rid of Teemo and Jhin is game over. Also, the front line isn’t the best despite having Gnar and Wukong. Getting those champions upgraded with items is still second priority to Teemo and Jhin but its a very close second.

With that said the comp is no joke. It’s definitely a comp players should think about playing to secure top fours easily. A Jhin or Teemo 3* is an automatic win. Even without it, players have a decent shot at winning most lobbies.

Mech is alive but this isn’t your granddad’s mech unless your Granddad is a Sorcerer.

Maybe it is though because back in the days before Mech-Pilot Infiltrators, players were playing the sorcerer synergy to make the mech do massive damage. That playstyle has returned and it is very strong.

The mech itself is better than it was before the update. With six sorcerers giving the mech an extra 75% damage, the mech is now the big carry threat for most of the game. And since every unit on the board benefits from the six sorcerer bonus, every unit does massive damage too. The mech is the perfect tank to buy time for everyone on the team to pop off.

The damage does start to lack latter in the game but thankfully Gangplank still exists. If players thought a GP 2* was scary on its own, imagine if that GP also has 6 Sorcerers behind it.

The comp is nearly unbeatable if it hits optimally. However, the problem is that it requires a little bit of a high roll. But if players are not high rolling, the comp is still definitely strong enough to secure consistent top fours. A GP 2* in the late game will definitely secure wins.

Featured Image Courtesy of Riot Games.
Follow Warren Younger on twitter for the latest on Smash Bros., League of Legends and Teamfight Tactics