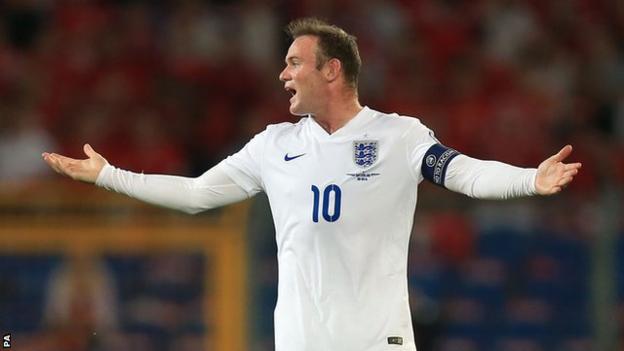 It Is the English Way

The last few weeks have not been particularly kind to England; left the European Union by majority vote, got knocked out of the European Championship in soccer and their manager resigned. Disarray, shambles, and a hot mess would be a few ways to describe the country’s futbol federation. Roy Hodgson, who had begun managing the team in 2012, resigned mere moments after the team’s historic and humiliating loss to Iceland, a country not known for its soccer prowess (to put it nicely), in the round of 16. The English countrymen blew up the radio airwaves clamoring and demanding for an immediate and positive change in direction from the English FA (the group in charge of the English national team). Listening to the radio, the callers laid out the requirements of what type of manager they wanted to lead their country back to glory. Many adjectives were given, but the most common words I heard were words like “engaging” or “passionate” and “English”. I can see where they would want a coach that isn’t afraid to wear his emotions on his sleeve and hope his team does the same considering how the team played against Iceland; unmotivated, disinterested, and a clear lack of leadership. However, the necessity for the next manager to be English is what I believe is the biggest problem with the English national team and is its fans. Let us turn a couple of pages or so into a history book and maybe others will see why I have a problem with the more outspoken fans of England.

England invented the game of soccer, or as they call it, football, back in the mid-to-late 1800s and the national team has won only one World Cup and never won a European championship in the team’s history. In their last World Cup appearance at Brazil in 2014, the team was unable to make it out of the group stage and failed to win a single game against Uruguay, Italy, or Costa Rica and, as a team, only scored 2 goals in the tournament. After that tourney performance, I believe Hodgson should have been fired; the players played like they knew they weren’t going to get out of the group after the first game and they barely drew with Costa Rica, who had already won the group by match day 3 of the group, so Costa Rica wasn’t exactly interested in that game. Keep in mind, the World Cup began in 1930 and has been held every 4 years since then and the creators of the game have only won one while the nation with the most World Cup championships, Brazil, has five. By that number, England ought to know that they are not the best at the game they created, right? Well, maybe not.

England’s Pride in its League

With the most football leagues in any part of the world, five professional divisions, the nation is clearly proud of the fact they invented the world game. The Barclay’s Premier League, the nation’s top league, has boasted the world’s “best” teams like Manchester United, Liverpool and Arsenal. The top league in all of Europe, the Champions League, gathers all of the prior season’s best teams for a tournament to award the winner the title of “Best Team in Europe”. Since the league began in 1956, the teams that claim the most Champions League titles are Real Madrid with 11 and AC Milan with seven. The next three teams after that all have five: Bayern Munich, Liverpool and Barcelona. The BPL can, therefore, technically claim they produce at least one of Europe’s top club teams, but not the world’s. The English Premier League (synonym for the BPL) often claims that their league has the most competitive and best soccer teams and that every player wants to play in their league as opposed to La Liga (Spain), Ligue 1 (France), Bundesliga (Germany),  Serie A (Italy) and the other domestic leagues in the world. As a matter of fact, the entirety of the English national team is made up of players from the EPL. To use the most recent example, Euro 2016, take a look at rosters of the two finalists, France and Portugal; you will find at least three different leagues that the national teams pull their players from. I am by no means claiming that the EPL or any of the other leagues are better than the other. What I am pointing out is that the other players play in other leagues and pick up other styles, tactics and other smaller tips from the coaches and players. This can help national teams in scouting, development and in-game adjustments. I’m not declaring this as the sole reason for England’s woes, just that it could be something to look at.

What England’s Problem Is

The main reason I believe England’s national team woes could be derived from the attitude that England are the creators of the game and therefore every other team is beneath them. The feeling of self-entitlement could not be more evident in the words of the fans and even the players of the national team. Captain Wayne Rooney, who is also captain for Manchester United, said that it would be “better if the next manager was English” (ESPN reports). Firstly, I think Wayne Rooney performed terribly as captain of the team, so maybe a new captain is on the list of things to change from the new manager. Secondly, it is that exact narrow mindedness that has England in the mess that they’re in; why should their next manager be English?

The players, fans and FA want a coach that is English, and if not English, someone that has experience with the BPL. Again, firstly, the idea that England’s players can play the style that is played in the BPL looks like a fantasy since the best players in the league are usually non-English. And again, secondly, this brings me back to the claim that English fans stake that the EPL is best league in the world; if its style and play is the greatest in the world, how come it doesn’t work at the international level? The EPL went through a long drought without a Champions League winner until recently with Chelsea winning it in 2012, Manchester United in 2008 and Liverpool in 2005. Finalists of the Champions League in recent memory have often been from La Liga (Real Madrid, Barcelona and Atletico Madrid). Again, that is not to say that that style of play is better than another. The point is that each team, no matter the make-up, has to play with something to prove and England have much to prove as a team. They need a coach, no matter the nationality or background, that is going to instill a fire in the players’ spirits and motivate them to play to the best of their ability. This coach needs to assign the captain’s armband to the player that best exemplifies what the coach is looking for. Sorry, but I’m not sorry to Wayne Rooney fans. Maybe England will perform better at the next World Cup in Russia, but they have a lot of changes to make, and being proud and stubborn shouldn’t be their mindset heading into qualifying. The English have nothing to be proud of.