TOP are reaching for the stars in…

Minnesota Rokkr: How the Rule Changes will…

RNG wants to return to the top…

100 Thieves Returns to Competition in CS:GO

The Raycom Camellia Bowl may feature Toledo and Appalachian State, both of which are programs that are often overlooked. There are, however, a lot of players that are picking up NFL draft consideration who will be playing in this game. Here are some of the best prospects from this game:

Hunt is a bigger running back at six feet one inch tall and 225 pounds. He still has decent speed for his size, but can also run in between the tackles. his average yards per carry is 5.6. He shows up in big games with 146 yards against BYU and 200 yards against Western Michigan. Hunt is an average receiver too with 377 yards.With a really deep draft for running backs, Hunt will most likely be a day three selection at the NFL draft.

Toledo has a solid roster of NFL talent and Rogers is still making his way onto draft boards. He needs better ball skills, but is great at coming up and helping stop the run. In order to garner more serious attention form NFL scouts, Rogers will have to show that he can do better in coverage.

At six foot eight inches tall, Norton towers above other offensive line prospects, making him intriguing. He will need to add on some weight, as he is just above 300 pounds. The main question will be his athleticism and his ability to block NFL-level pass rushers. 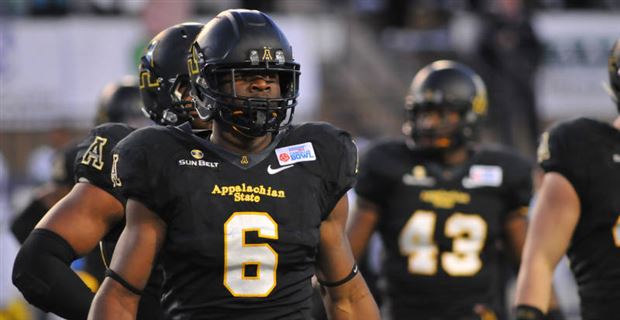 Gilchrist is a good tackler and decent in coverage. He has good games with 10 or more tackles, but also doesn’t show up some games and only has a few tackles. If Gilchrist wants to make it at the next level, he has to show some consistency, or he will be cut.

Injuries derailed what could have been a great season for Cox, but he finished with a solid 872 rushing yards in eight games played. His 6.4 yards per carry is pretty good, but his speed, power and moves are all just average. Cox has the two most important traits for a running back though, which are patience and vision. He waits for plays to develop and hits the holes he sees hard, which will make him a nice find for a team late in the draft or as a free agent.

NFL Draft Prospects To Watch In The Cure Bowl