The Greater Importance of Sports

Sports inject more than mere fun times into our minds and bodies.  It doesn’t matter if we’re talking about baseball, football, basketball or kronum – sports are extremely important.  Whether we play them or watch them, sports reflect a lifestyle, a moral standard, a mindful technique, and an empathetic training program.  Let’s delve into these one at a time.

Sports are a lifestyle for athletes because they consume a large chunk of their lives with all the offseason workouts, conditioning, practices, games, film watching and recruitment.  These organized team activities also mold us into stronger people, not just physically, but mentally.  They allow us to discover our potential as valuable workers.

I like the quote from the movie “Undefeated”: “Football doesn’t build character; it reveals it”, because it argues that our potential to be great is already within us.  Playing sports helps athletes realize what they excel at and enables them to apply those skills to real life situations.  You learn discipline, become more respectful, and improve your work ethic with increased exposure to playing sports.

Sports are a lifestyle for fans because they alter the way in which we schedule our time.  When the big game draws near, avid sports fans are eager to finish their homework, take the trash out, put their home team gear on and order the pizza.  We gather with our friends and family to root for the team we love.  People come together and are united under mutual passion when they watch sports. “Sports will engage more individuals, more families, (and) more communities in a shared activity than any cultural activity, organization, or religion in America,” Ehrmann said.  “It has become the secular religion of this society.”

I think about how African Americans were eventually allowed to play in the NFL in the 1960s and women’s sports have begun to soar in popularity, and how that change helped raise future generations of athletes from all races and genders.  Professional athletes, or idolized figures, provide little kids with hope and ambitious aspirations to succeed in their tasks and goals ahead.

Sports represent a means of escape for some people, for those who were told they would never amount to anything because they were too dumb, too slow, and too dull.  Without sports, those with athletic talent would be deprived of an opportunity to showcase their ability.

As far as mindfulness is concerned, playing sports is the ultimate medium for living in the present moment.  There’s a Zen concept called satori, which refers to the state of living in the moment, free of judgement and stress.  Satori occurs when we are active, alert, relaxed and sensitive.  It is rare when we are engaged in satori because of how busy and over-scheduled our lives are.

I experienced satori when I was playing football on defense.  The ball was deflected up into the air and it seemed like time slowed down, almost to a complete stop.  Then, as I ran towards the ball and caught it for an interception, time suddenly sped up.  With the ball in my hands, time was now racing.  During this sequence, I was not focused with what I was doing later that night, week or year, any of the girls I was interested in, or on the copious amount of homework that needed to be done.  Just total, utter mindfulness.  That moment for me was the heightened experience of life and it can be experienced through any sport or challenging activity. 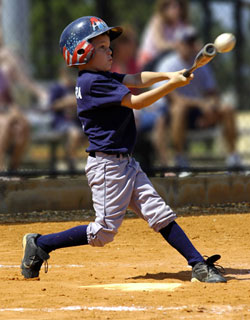 Lastly, and probably most importantly, team competitions allow us to transform into more empathetic people.  Empathy in competitive sports?  Really?  By going through various obstacles – struggling to complete a bench press, failing to hit a baseball, missing on three point shots – we are surrounded by teammates who care deeply for us.  Teammates care for one another, like brothers or sisters.  You have one-on-one time with your teammates to talk about other areas of life that are causing you harm or suffering.  You celebrate, you cheer with each other.  You’re there for each other in their time of need.  You give it your best to understand their hardships.  You interact with people of diverse socioeconomic, racial, religious, and ethnic backgrounds, gaining respect in the process.  All of this happens because of the mutual goal of achieving team success in sports.

Thus, sports are more than silly games we play every once in a while; they serve to create more loving people.