Four weeks into the season for college football and there has been a lot of pandemonium. There are a lot of games left on the schedule, but enough have been played that we can start to predict the teams that will make the College Football Playoff. These rankings will not project future wins or preseason rankings, but rather what teams have accomplished on the field.

Teams in the Playoff:

The Crimson Tide have won all four of their games so far this season. Their wins over USC and Ole Miss are impressive and they steamrolled both Kent State and Western Kentucky. Ole Miss was their toughest competition, only winning by five points, but Alabama had the game won for much of the fourth quarter. They did, however, need a great comeback to beat Ole Miss. Alabama has their flaws as a team, but their resume speaks for itself.

Louisville has the Heisman Trophy front-runner in Lamar Jackson and they have had a very impressive season. They got easy wins over Charlotte, Syracuse and Marshall. In addition to these wins they also blew out Florida State when they were ranked number two in the country. Because of their good win against Florida State and their large scoring differential, the Cardinals deserve the number two spot, if not the top spot.

Norman, Oklahoma got a lot quieter after Ohio State demolished the Sooners 45-21 two Saturdays ago. The Buckeyes were off this weekend, but played really well the first three weeks of the season. Their win in Norman was one of the few great road wins of the young season. Ohio State’s defense has looked good so far and will need to continue to step up in Big Ten play. 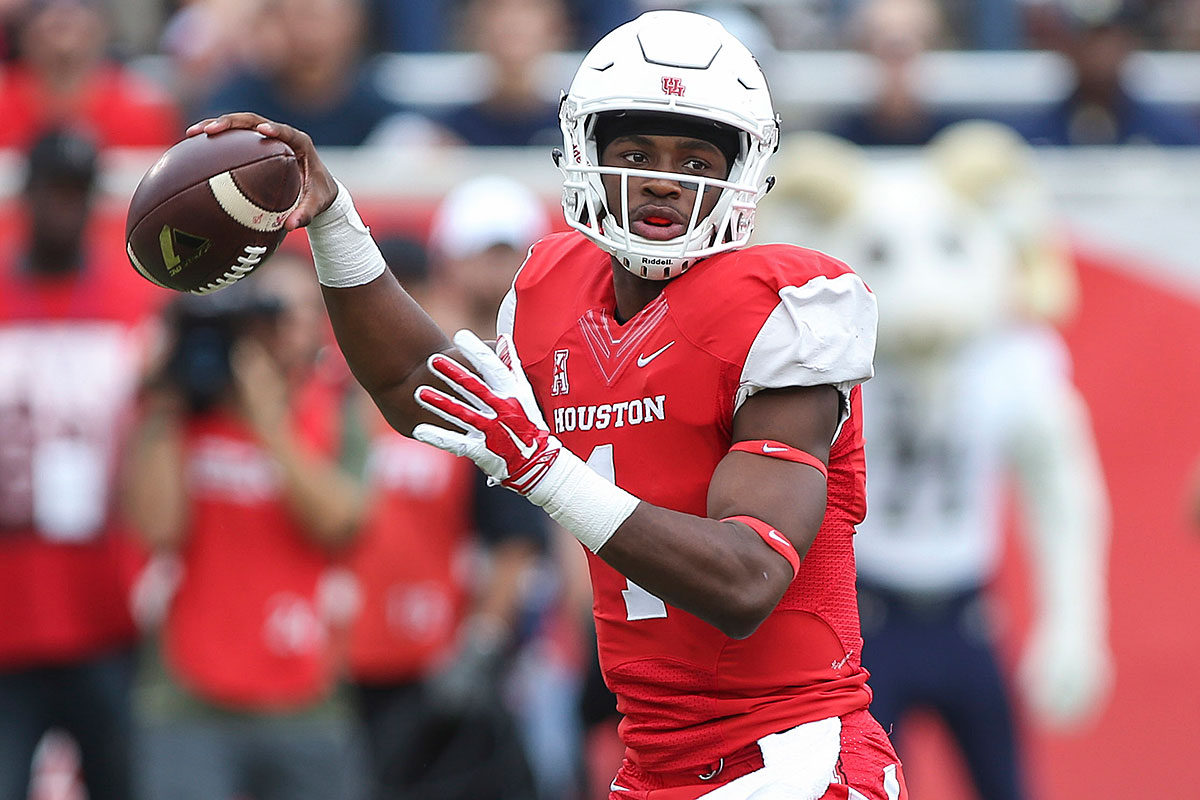 The Cougars got a big week one win against Oklahoma to really solidify their status as a CFP contender. They also beat the Cincinnati Bearcats, in a trap Thursday night game, Texas State and Lamar. Houston will have to hope that Oklahoma does well the rest of the year to make their win look better. Their game against Louisville later in the season might be a CFP play-in game.

They might only have three wins on their schedule, but Stanford has played some good competition so far. They beat Kansas State and UCLA on the road, and beat USC at home for solid wins. Because they have played no cupcakes they find themselves pretty high on this list. Their schedule doesn’t get any easier, as they travel to Washington for a Friday night match-up with the Huskies.

Some may not like the Aggies being so high on this list, but they beat an up and coming Arkansas team and a UCLA team that should get better as the season goes on. They also got a big win at Auburn (which is Clemson’s best win thus far), to help put them atop the SEC West standings with Alabama. The Aggies should get an easy win against South Carolina this weekend, which doesn’t really help their case, other than avoiding a loss.

Clemson hasn’t looked great all year, but has gotten better as the season has gone on. Their win over Auburn looks better as Auburn beat LSU this weekend. Dabo Swinney’s side just escaped a dangerous game against Georgia Tech as well. Their other two wins are unimpressive, but they got the job done. Their game this weekend against Louisville could certainly bolster them in to the top four.

The Badgers have had a surprising start to their season so far. They throttled Michigan State this week and beat LSU in the opener for some impressive early season wins. The problem for Wisconsin has been playing down to their competition, but so far they have gotten away with it. Wisconsin travels to Ann Arbor to take on Michigan this weekend, which should show everyone a lot about both teams.

A lot has been made about how easy Michigan’s early schedule has been, but their win over Colorado is looking a lot better after the Buffs beat Oregon this week. Beating Penn State by 39 in their Big Ten opener also looks good. This weekend’s game against Wisconsin could propel the Wolverines into the top four.

Tennessee hasn’t looked good this season, but have won all of their games. Beating Virginia Tech at Bristol Motor Speedway was a decent win to pair with their most recent victory over the Florida Gators. Both sides were banged up, but the Volunteers came out on top. The committee may show some of their subjectivity by saying the Volunteers haven’t looked good, but with a lot of football left to play, the Volunteers can still improve. They have another big SEC East clash this weekend against Georgia.

Yes, Florida State got blown out by Louisville. That doesn’t take away from the rest of their games so far. They beat Ole Miss, who looks like they can still compete for the SEC West despite two losses, and South Florida, who is a solid team from the American Conference. The Seminoles play a trendy UNC team this weekend.

The Bears swept their non-conference slate, as they usually do, because they didn’t schedule any decent teams. They make the twelfth spot on this list because they beat Oklahoma State this week, who despite losing to Central Michigan, should still have a good year. Their next two games, against Iowa State and Kansas, won’t help them look any better, but if they lose, their playoff chances are gone.