Week 2 of OWL Exposes its Biggest…

Justice By The Numbers: Week 2 Washington…

What Faker’s New Contract Means for the…

What Fans Want to See from Rogue…

The Mutineers in Atlanta: The Underdogs With…

The Blues seem to have lost their confidence that was heavily on display in the Premier League last season. The last time Manchester City went two games without scoring was almost four years ago. That season, under Manuel Pellegrini, City won only the EFL Cup. A repeat is beginning to look very possible, maybe even likely. After winning the domestic treble last year (the EPL, Carabao Cup and the FA Cup), it’s safe to say we’ve expected more from the Blues this season.

As Liverpool seem to have no intention of slowing down and are excelling in their way to the top, Pep Guardiola, Manchester City manager has one word for them, “unstoppable”. With a 22 point gap between the Citizens and the Reds, Liverpool only needs six more wins to officially win the title after a 29 long year drought of any EPL silver. The Blues seem to have reluctantly accepted this defeat, even though they were winners for 2 consecutive years. But the question is: will they even manage to finish in the top four this season? 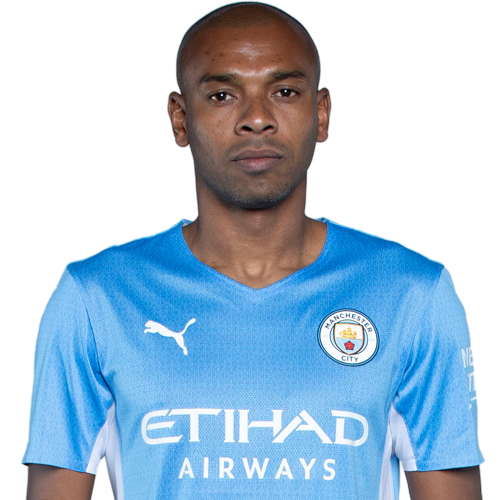 One person, in particular, is extremely disturbed by Man City’s form lately: Fernandinho. He fired a message to his City team that they have to turn their structure around. “It’s a bit difficult,” Ferndinho told ESPN after City’s latest defeat. It’s a painful defeat, especially given how we played. We continue to create chances but are not clinical enough. We missed another penalty, continued to miss chances and then they scored twice. This has been our season. It’s clear that conversations are important because we can’t let things go on like this.”

They could also potentially risk dropping out of the Premier League’s top four. City are currently 14 points clear of fifth-placed Tottenham, 10 ahead of Chelsea, but just two points ahead of Leicester City. The Blues will be heading back to the Etihad Stadium this weekend, as they take on West Ham United on Sunday. Hopefully, Man City and Guardiola take control of the dire situation since they haven’t won an EPL match since New Year’s day.

Naturally, Guardiola has switched his priorities from winning the Premier League to winning the UEFA Champions League, which was won by the Reds last year so it’s a bit of a trade, you could say. However, Liverpool has thirsted long enough for an EPL title and finally, it seems to be in their grasp. After Klopp announced his and his team’s absence from the FA Cup, there were many controversial debates as to whether this was the right decision or not.

Guardiola stood with Klopp amongst the fiasco and for good reason. Klopp stated his boys deserved rest since his Merseyside outfit are gunning for a first-ever Premier League title. With that in mind, you can understand his declared intention to give star names a rest. Thus, with the EPL officially out of arm’s reach, Guardiola is aiming to secure the Champions League title. Without a title, Guardiola worries he will be branded as a “failure”: “Last year was an extraordinary one for us but people say, ‘But you didn’t win the Champions League’. That is why I will be judged if we don’t win it in my final period here, that I will be a failure here. I know that”.

Guardiola’s last hope is to to go all the way and finally bring home their first Champions League crown. The support of fans is needed desperately at this point for the Blues, especially in the upcoming match where they will be back in action next Sunday when playing host to West Ham. After that outing at the Etihad Stadium, Premier League action for the Blues will shut down for two weeks as they take in a winter break.

Wolves vs Man United: which team will emerge victorious?

Five Reasons why PSG will win the Champions League