Le’Veon Bell “No Regrets” in Regards to…

Some Browns go to OTAs and Some…

Why Justin Fields Should Sit Out Week…

NHL Playoffs Round 3 Preview and Predictions

After some time, the PUBG 2020 Esports season has finally been announced. It will be rebranded to the PUBG Global Series where it, “looks to further expand the esports fandom and ecosystem with an improved competitive structure and revenue sharing with teams.” Instead of having regional leagues as they did last season there will be four major events with the last one being the PUBG Global Championship. 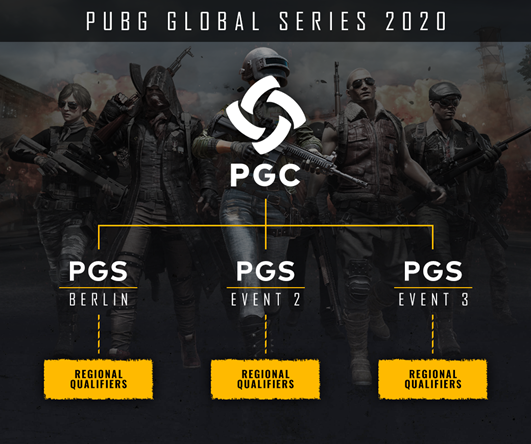 These events will start with Regional Qualifier, similar to the leagues but without the promotion and relegation system of years past. The three events heading into the November Championship will be held in April, July and October respectively. The first being in Berlin. The top four teams from the 2019 Championships will automatically be invited to Berlin. The final 28 slots will be fought over in the Main Events and Regional Qualifiers kicking off in February.

They will use crowdfunding as a core component for the prize pools. There will be new in-game items that are specifically made to support the prize pools and generate revenue for the teams. Along with this will be a Pick’Em Challenge-type similar to the one in the past but one that better supports the teams.

Lastly, PUBG will be opening up to allow for third-party events. Their hopes are, “By opening up the number of tournaments available for fans and prospective players to attend, tournament organizers and influencers can present fresh viewing experiences and content that will bring top-tier competitive battle royale to all.” Overall it seems as though this system is following in the model similar to CS:GO esports.

More updates for important dates, in-game items and more will be coming next month.

Rocket Launching: Three Storylines to Follow at the World Championship

PUBG: FirstBlood is a great way to get started now