The 2021 PUBG Global Invitational.S starts in almost a month and there is no better time to preview the competition than now. There will be 32 teams from around the world in attendance to play at the first international PUBG LAN event in over a calendar year. Over the next few weeks previews for the teams from every region will be released to prepare fans for the exciting event. These are the Chinese teams that will play at the 2021 PUBG Global Invitational.S. 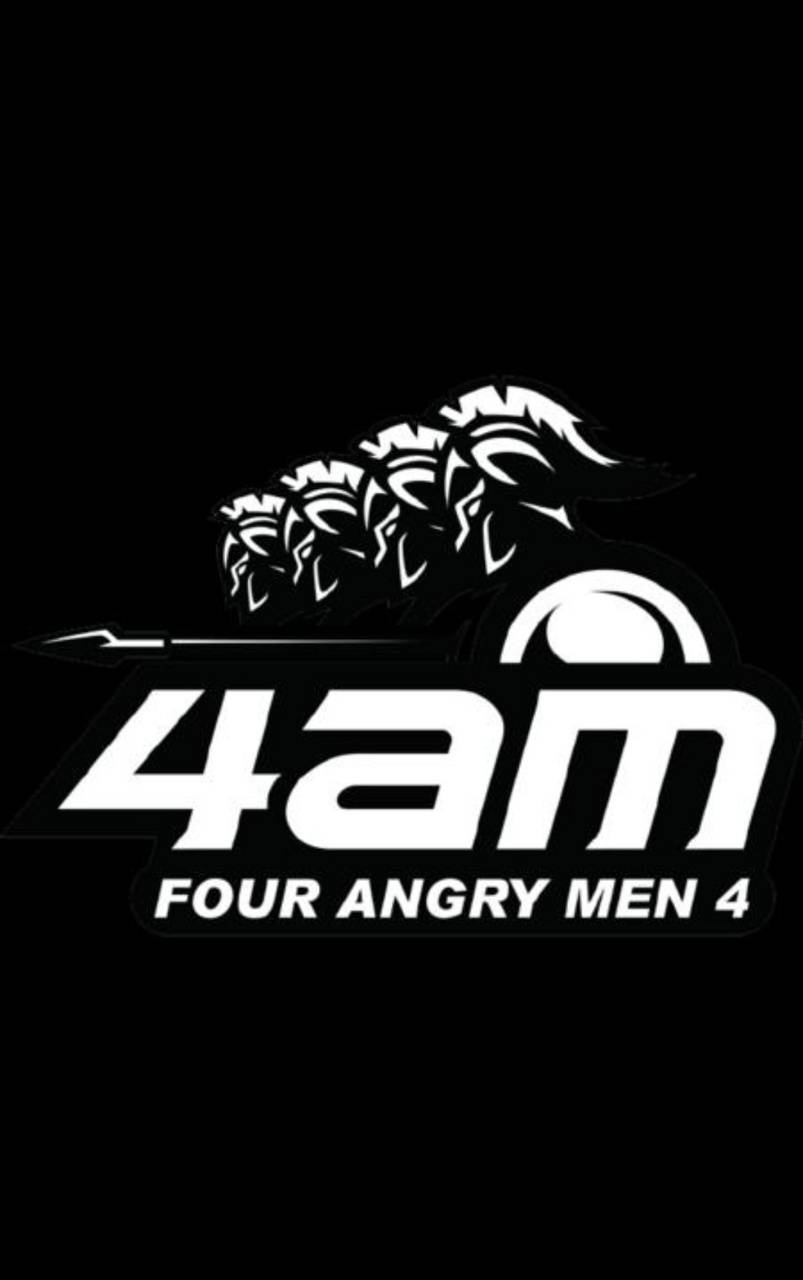 Of all the Chinese teams, Four Angry Men are by far the fan favorites. They were fan favorites for their aggressive play style and nearly won PGC 2019. In 2020 though the wheels kind of came off. Their lone win was a PCL Championship making it a clear outlier performance. Simply put they never managed to channel their former glory. They did not finish higher than sixth in a single PCS event which was a major disappointment considering the mass opinion of them.

That does not mean this roster is very talented. When they are on, they are arguably the best team in PUBG. This team’s rock and leader is Godv, one of the original members of 4AM. He is so original that he won the first official PUBG sponsored squads event in Asia, PUBG Asia Invitational in 2017. He still has not slowed down either and is a force on the server. The dynamic duo of Forever and xxxLu serve as the primary fragging power for this team. Both players can single-handedly win fights, especially Forever. Rounding out this roster is Pignan and Crazy112. Most of the time Pignan will be the fourth member for this team and he takes full advantage of it. There are moments where he arguably looks like this team’s best fragger.

The biggest concern for 4AM heading into this event is what version of the team will show up. The superstar version can show up and rekindle past glory and get revenge for last year. Or instead, the current version can show up and perform ok, but not be anything special. Their performance the first week will be responsible for changing expectations for good or bad. Hopefully, for the sake of PUBG it will be a good change.

A large part of that success is the way this roster plays together. Not only are they great together, but they are massively talented individuals. This team is led by two stars, LuRena and NN (formerly known as LinShuNN). Both players consistently topped the damage and kill statistics in every major tournament they played in and this event should be no different. M200 and Z9Max are no slouches in their own right either. Both players are extremely talented and can’t be underestimated.

Overall, Tianba should be one of the favorites for this event. Their unparalleled consistency combined with their extreme talent is something few teams can provide in a tournament, let alone a whole year. It will be interesting to see if they finally claim the brass ring that has eluded them for almost a year at this point.

Of all the Chinese teams, Triumphant Song Gaming is the one that most people may forget. It is not because they aren’t talented, it’s that they closed the year poorly. The first nine months of the year they played very well, including winning PCS 2. After that point though they had one top twelve finish the rest of the year. That finish was fourth place in the AfreecaTV PUBG League, so it bears some weight.

This lineup, like many Chinese teams, has a major driving force behind them. For TSG, that driving force is PengEGM. On his own, he can kill entire teams with ease. He has done it in tournaments and the most recent PGI.S scrims. Give him a good gun and he will crash your compound and kill you with ease. The core two members around him and keep up with him are ShanD1anX and VoliBEAR. Neither are as explosive as PengEGM, but both are good fraggers in their own right. The last two players on the roster are new additions within the past week. IAMSIA and Yuyu both played on assorted Chinese teams before being brought into TSG after 911x was transferred to another roster. This tournament may be the chance to prove themselves and it will be exciting to see which person plays more

Going into PGI.S, TSG sits firmly in the second tier of teams. They are not tournament favorites, but it is certainly possible that they could win the event with a good set of matches. A big part of that likely relies on the play of whoever TSG deems the fourth member of the lineup. If they can play at a reasonable enough level this team is dangerous. Their scrim performances this week were good, but will that translate though.

Over the course of 2020, Infantry had by far the most interesting year of all the Chinese teams. From July to September they were arguably the best team in the world after winning PCS1 and placing 2nd in PCS2. Outside of that three-month span, Infantry performed decently. They may have placed high in some weekly tournaments, but they placed in the bottom six in both the PCS Charity Showdown and PCS3. Their peak was insane but the falloff was even more confusing. That doesn’t mean the roster is bad at all though.

The biggest thing that plays in Infantry’s favor is they have Longskr, arguably the best player in the world. He is in such a strata that his closest competition is Pio, who is arguably the GOAT of PUBG. Rounding out this roster is an underrated collection of players in Boliang, 9, JiaoYang & L1nnnn. Boliang is Longskr’s most common partner and crime and is a steady force for this team. Meanwhile, 9 is great on snipers and JiaoYang fills out the roster as the do it all man. It is overall very balanced.

This team’s biggest question into PGI.S is can they rekindle that magic they had in the middle of the year. This team has not met expectations over the past few months and there is almost no PGI.S scrim data on them so picking them is almost flying blind. Will they succeed or face a fate similar to PGC 2019? The first week will be telling.

The hottest team headed into this event from China is MultiCircle Gaming. After a slow start to 2020, they closed out the year placing winning three of their last five tournaments, including PCS 3 and the AfreecaTV PUBG League season. This end of year burst though is not out of nowhere, it can be traced to MCG’s roster moves throughout last year. Summer, LingDuuuu & EviLLee all joined the roster at various points this year, the last of which occurred right before this team went on their run. With EviLLee’s addition, this team became a well-oiled machine.

Looking at this roster, it is in the conversation for the best roster in PUBG. The person who helps this entire roster tick is Summer. Since joining MCG, Summer has entered the conversation for the best IGL in the world, which is massive. If a team has a poor call structure, they can’t succeed no matter how talented they are. It also helps that he has two amazing fraggers on his team. That dastardly fragging duo is none other than Tank and EviLLee. Both players have a track record of being fragging forces including finishing 2nd and 4th in kills overall during PCS3 respectively. The last core piece if this roster is LingD, who is pretty good for a fourth player.

Entering PGI.S, MCG is the favorite to win the entire event. Their end of year momentum is the strongest of any team in the world and they are among the best mechanical teams in the entire world. There are a few teams, including the previously mentioned Tianba, that are top contenders but MCG is the top team.

Like a few other Chinese teams, Petrichor Road was formed in the middle of 2020. Yet they are here despite not winning a single event outside of a lone win in a Chinese tournament. The reason this roster is here though is because they are the best of the remaining Chinese teams. So much turnover happened throughout the year that many top Chinese teams dissolved towards the middle of the year. This left new orgs to pick up the pieces, like PeRo.

This roster is a mix of players from multiple teams across recent PUBG history including Luminous Stars and RNG. This team’s star player is Axileft, formerly known as XDD. Not only is he an absolute nut, but he also is one of the biggest PUBG streamers in the world. He is one of those players who are extremely gifted mechanically. PeRo surrounds Axileft with the trio of Mamu, MYL & LongDD. MYL and LongDD are by far the most notable players outside of Axileft. MYL formerly played on Infantry while LongDD is a former member of L Stars. Those two are the main supplemental pieces to Axileft.

The biggest question surrounding Petrichor Road is how will they perform in the biggest tournament of their lives. This is a team that has not been together that long nor have they had success yet. This tournament may be make or break for some members, so their performance will be interesting to watch.

What do you think about the Taiwanese teams? Tell Christian on Twitter at @TheWiz_SPM.

The Impact of No Expansion Teams

PUBG: FirstBlood is a great way to get started now