Andrew Ding is a brand new face to the Pokemon VGC scene, and a name that you might be hearing a lot more often as the season progresses. The Atlantic City Regional Championships that took place last week was Ding’s first ever VGC tournament, and he managed to make the Top 8 after going 6-1 in a rather stacked Swiss gauntlet.

Of course, one tournament isn’t a definitive judgement of a player’s skill, but after meeting and talking to Ding over the course of the weekend, I had a feeling that he was going to have a great debut season. I sat down with him after his “successful” weekend in Atlantic City to find out more about his formal introduction to VGC and his plans going forward.

Considering Atlantic City was Ding’s very first VGC tournament, my first questions were concerning his interest in VGC and why he decided to fly across the country to attend his first regional. He’s from southern California, so Atlantic City wasn’t exactly a backyard trip for him.

Fun fact: Ding was actually a TCG player back in the day, but put anything Pokemon-related on hold for about five years while he finished master’s degree at the University of California, Berkeley. When deciding whether to continue with TCG or pursue VGC, Ding ultimately chose VGC; he believed it to be more “skill-reliant”. I.e. the better player would win more of the time.

Ding wasn’t a total stranger to competitive battling upon beginning his preparation for his first VGC event, but VGC was something he managed to pick up rather quickly.

“I played a lot of 4th gen as a kid, and then 5th gen and 6th gen mainly on the ladder… I just started practicing for VGC like three or four weeks ago.”

Despite the quick turnaround, Ding made the most of the time he spent practicing for Atlantic City, claiming he played between 1500 and 2000 online ladder games. Of course, this was supplemented by friends of his helping with best-of-three practice in preparation for the battle format of major VGC tournaments. It was during this time that Ding also began watching VOD’s and studying the format’s previous tournaments.

The team Ding decided to bring to the event was a variation of an archetype known as “PsySpam” which abuses the offensive power of Tapu Lele’s Psychic Terrain with other powerful Psychic-type attackers like Ultra Necrozma. Ding opted for Primal Groudon as Necrozma’s restricted partner, and brought along some slower Pokemon like Mega Mawile and Stakataka which are also potent attackers.

“I decided on the team because I had really good ladder results with it, and I was confident in basically every matchup.”

A team like this is geared towards offense, and I wondered if Ding’s play style was fitting for this kind of team. He answered with a sort of “yes and no”:

“It’s hard to say. I think in Atlantic City I wasn’t that aggressive… but in general I would say that I have a pretty aggressive play style, and I think the team fit my play style.”

Credit for the team goes to Blake Johnson (@NETHERIOUS_) whom Ding credited in his celebratory Twitter post.

When giving advice to newer players, veterans will often times stress the quality of the practice rather than how much you play. Ding’s result seems to utterly defy this philosophy; however, his outlook on things bridges the gap on the issue of quantity and quality.

“I think for me it’s you need to put in the time and practice. Not just blindly, but practice while thinking where you can improve. If you combine that, I think you’ll get better.”

Even though it’s not totally about how many games you grind out, Ding valued his ladder practice as a means of learning and developing a wide variety of flowcharts for different matchups. When looking ahead to his next event, the Richmond Regional Championships in November, Ding will begin a similar practice routine.

“I’m starting the grind like… now. I think I just need that much time to get in the sheer number of games I want with a team where it’s just so in my system, like the flowchart of the team.”

Ding believes this kind of regiment will get easier over time, and it looks like he’ll be setting his sights on a different team to test out in preparation for the next event. There is still a regional championship in Knoxville, Tennessee which Ding will be paying attention to in order to adjust his preparation for Richmond. 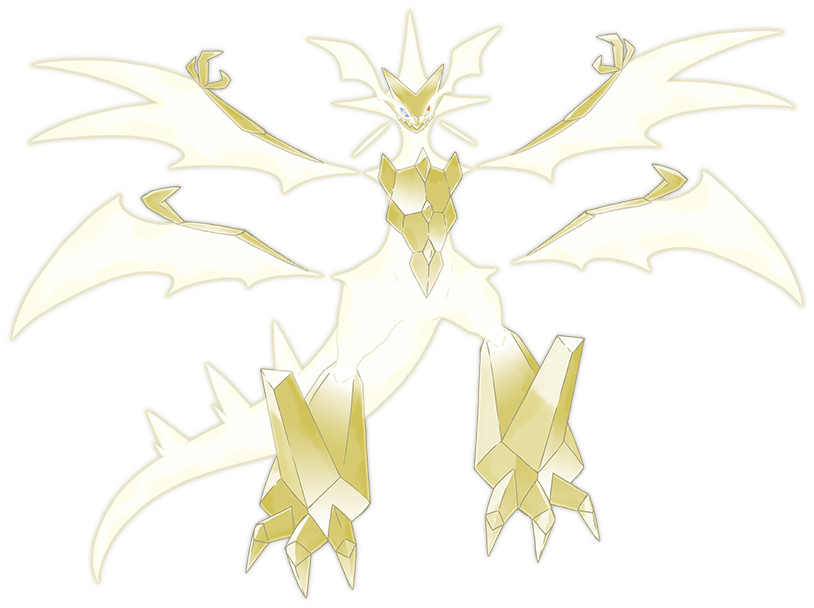 Ding ended finishing with a 6-1 record which began with him losing his very first game of the entire tournament.

Ding went on to win the next two games in the first round and then his next four rounds after that. Opponents he hit during that stretch included DC Open champion, Jeremy Odena, and 2016 World Champion, Wolfe Glick before he finally dropped a round to the eventual 7-0 and top seed in Top Cut, Cedric DeRouchie.

Sitting at 5-1, Ding was in a position where he had to win the next match in order to make it to the Top Cut. This is, naturally, a high pressure situation, but Ding remained calm with his only fear being matched up against a single opponent.

“The only thing I was worried about was hitting Ashton [Cox] and I saw I got… not Ashton and I was like ‘okay, if you lose this you don’t deserve Top 8 anyway’. I wasn’t nervous once I saw who I was playing.”

Upon winning his round seven set, Ding’s immediate reaction wasn’t a celebration, but first an apology to his opponent for some luck that went against him in game one. Afterwards, Ding found Odena, whom he’d played earlier, and the two celebrated the fact that they had both reached the Top 8.

Ding also made sure to update and message everyone who knew his record and was keeping up with his results (me included), and I’ll never forget the simple message that informed me that he’d made it: a simple “I did it”.

Celebrations aside, Ding’s mind was already on Top 8 and his match against Brady Smith. This was certainly a matchup Ding was comfortable with considering he had beaten three previous Xerneas/Primal Groudon teams, however Smith’s team had one tweak that proved troublesome for Ding’s PsySpam team: Z Move Incineroar.

In the end, Ding isn’t too upset over his loss as he stuck to his game plan, but, in his words, “sometimes you just lose, but that doesn’t mean you made the wrong plays”.

Goals and Plans for the Rest of the Season

Going into Atlantic City, Ding had two goals for himself:

So even after all of that, Ding doesn’t consider himself “happy” with his result, but that doesn’t mean he considers his finish a total bust.

“Getting 5th I was kinda neutral, but if I got Top 4 I would’ve been happy… I think that’ll be me at like every event.”

With that kind of mindset, it seems like Ding is setting himself up for eventual disappointment, considering not every event ends in a Top Cut placement for most players. I commented on his high expectations he set for himself, and he shared why he feels this way:

“If you’re serious about something you do, not just Pokemon, I think that’s a good mindset to have in general if you want to be great.”

In regards to his second goal, in order to accomplish this, Ding felt that doing well would also increase his chances of building relationships with top players, giving him more outlets for practice and team building. In his mind, this was added pressure to do well.

With that being said, Ding doesn’t believe he’s gone straight to “top player” status just yet.

“I’m not saying after one tournament people necessarily think of me like that, or that they should, but that [doing well] was just one of my goals.”

Though, he’s still confident in his skills as a player.

“I always knew I was good enough, I just needed to finish school and start playing.”

Going forward, Ding is looking to attend at least ten regionals in North America and all four of the International Championships. Needless to say, he’ll be doing a lot of travelling.

Now, we’ve established that Ding has set some high goals for himself, but World Champion remains a goal just in the back of his mind. This season, he hopes to win a regional championship and finish in the top 8 in North America in Championship Points, which would earn him an automatic day two invite to the World Championships.

To be honest, I wouldn’t have done this interview if I didn’t think it was possible. I use the term “modestly ambitious” to describe Ding’s outlook on his career in VGC simply because he’s confident in his ability to do well and sets high expectations for himself, but he’s simultaneously aware of his own limitations and what he has to do in order to achieve these goals. If anything, he’s glad that he’s built up this confidence because he feels it only benefits his mentality as a player going forward.

He’s definitely a player to look out for in the 2020 season and beyond. He’ll be pretty much around the globe this season, and it’s only a matter of time before he scores a result that he’ll be “happy” with.

Be sure to give him a follow on Twitter (which he just made by the way) @JadisVGC!

Did Dota Just Get Harder?