Home » A Look at the Sojourn Abilities

With only a few hours left until Sojourn and her abilities were officially revealed, a leak showed them off. A Chinese leak showed off the video that was going to be discussed at 11 am PST/2 pm EST by the Overwatch team. While they will give more information than this, fans are already able to get a better idea of what she does and what all they may have changed since her initial showing back in 2019. Here is a look at the Sojourn Abilities from the leak and added later will be what they are officially.

Sojourn’s Abilities have been officially revealed 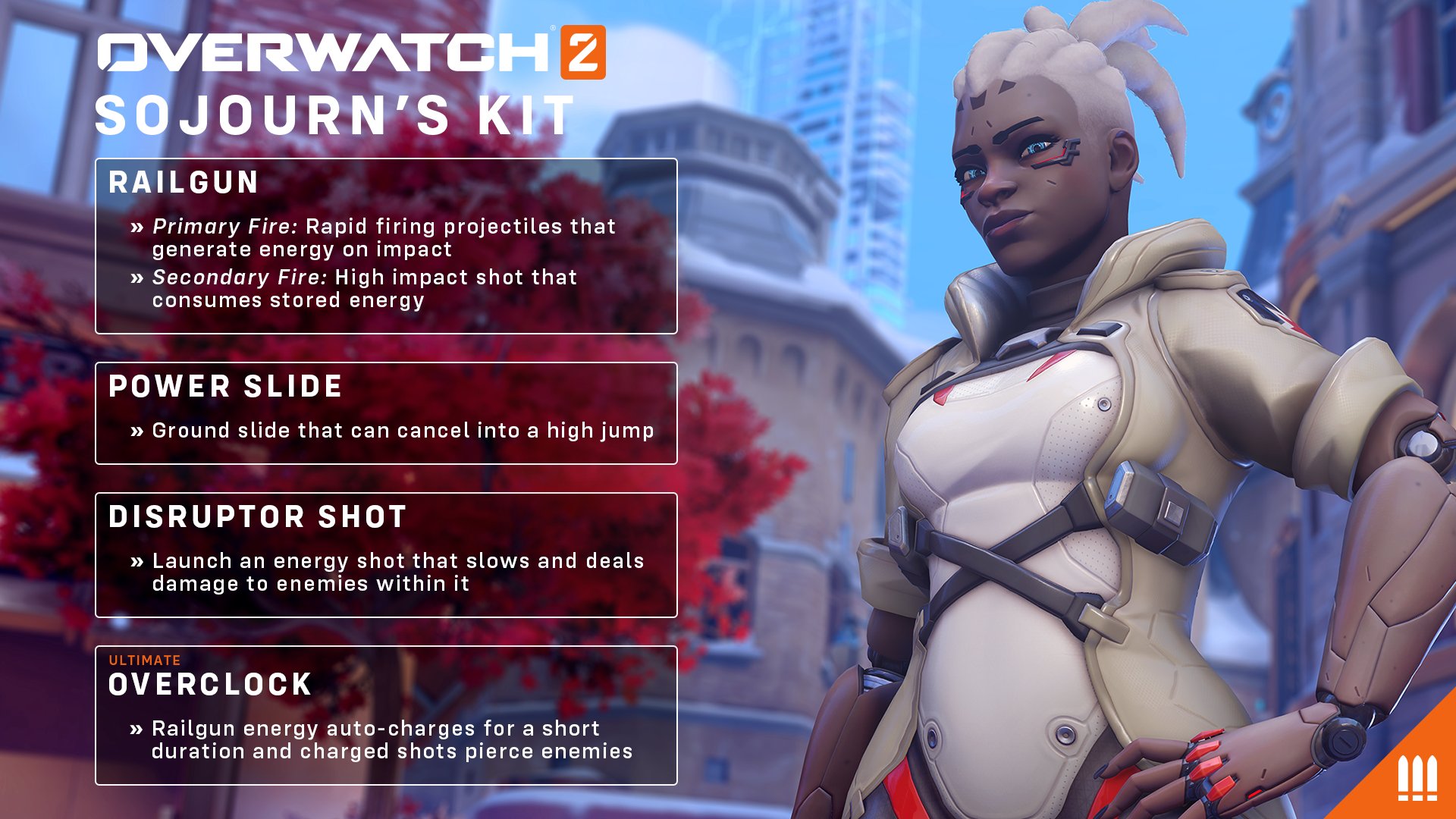 The leaked video is seen below.

While they do not give everything away, they certainly show her off in combat. Here is a look at each ability that is shown.

According to the leaks and everything that fans have been shown in the past this one should not be a major surprise. Along with the machinegun laser that Sojourn has, it also doubles as an armor-penetrating railgun. As shown in video, it can shoot through and kill multiple targets. Whether or not it pierces through shields like Reinhardts is not known yet.

This one was also noted in the fact that Sojourn can slide similarly to characters in Apex Legends. How far and long she can slide is not known. Apparently, there is a chance that she can jump higher as well but this is not confirmed as of yet.

Many commenters have been quick to point out that this is like a mini version of Zarya’s ultimate in the original Overwatch. From the video, this may be the case. The heroes are clearly slowed at least but it seems like it almost pulses and brings them closer to it. Until explained this one will continue to be a mystery.

There is certainly an argument to be made about the slowing ability being her ultimate but that has yet to be confirmed. It feels as though that would be a bit disappointing considering how similar it is to Zarya’s ability but fans will have to wait and see. Either way the Sojourn Abilities being leaked gives fans a taste of what is to come later in the afternoon.