Magic Players Will be Venturing for Value…

Cloud9 Cooldown: Glancing Over at the Panic…

What is The Schedule For Week 11…

Santorin to Step Away from Team Liquid…

Jatt to Step Down from Team Liquid 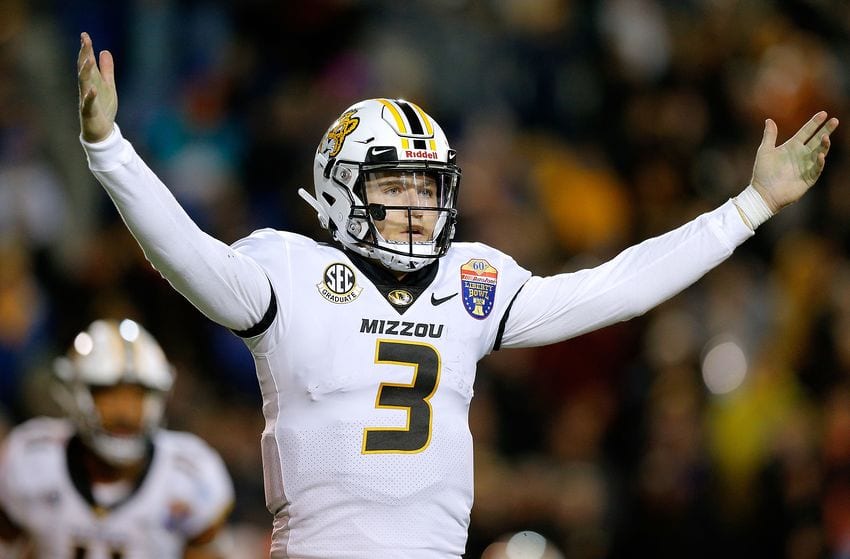 Lock is one of the most experienced players in this draft class after starting for four seasons at Missouri. He has vastly improved over his career and is now in position to be one of the first quarterbacks selected in the draft.

At Missouri, Lock threw for 12,193 yards, 99 touchdowns, 39 interceptions on 56.9% completion and 7.9 yards per attempt. Lock picked up the starting job midway through his freshman season and hasn’t looked back. The most notable improvement for Lock has been his completion percentage. He completed 49% of his passes as a freshman, but steadily improved it to 62.9% by his senior season. With his improvement, Missouri also improved. Lock led Missouri to two wins as a freshman (the team finished with five) and eight wins as a senior, picking up more wins each season as a Tiger.

Lock will be jockeying for position with some of the other notable quarterbacks in the class. If things go his way, he could be selected in the top 15 picks of the 2019 NFL Draft.

A team that takes Lock will be able to attack all areas of the field. Lock has good arm strength and decent enough accuracy that he can complete passes down the field and outside of the numbers. He was often able to move the ball down the field for big plays at Missouri and will likely take a lot of shots at the NFL level as well.

If given the time in the pocket, Lock finds a receiver open to make a big play. He’ll let the play develop and get a big chunk of yards almost every time he is given more than four to five seconds in the pocket. Unfortunately, that wasn’t always able to be provided for him at Missouri

Lock can fit the ball into tight windows on throws to the middle of the field and down the field. He can often times be seen putting the ball directly between two defenders. It does sometimes backfire on him, as he will get too much confidence in his arm, but if he can do that on a more regular basis, he could be dangerous.

Lock’s biggest weakness is his inconsistency. He has the ability to make any throw required of an NFL quarterback, but at times is inaccurate. If he focuses and maintains the proper mechanics, Lock could play up to his potential, but that is a lot to ask considering how far he has to go to get to that point.

He has gotten the reputation as a gun-slinger because of his questionable decision-making. Often times, he will pre-determine who he is throwing the football to. It works sometimes if he reads the defense well, but a lot of times it leads to dangerous throws. When rushed to make a throw he will not always make a good decision with the football.

Dedicated Fans Could Pay Big for Their Teams