5 NL Bullpen Pitchers who can Bounce…

This is a continuation of my explanations of different defensive football coverages.  This article analyzes more of the different coverages that defenses tend to employ.

Cover 3 is solely zone coverage like cover 2.  The only real difference is that instead of the secondary splitting the field in half, they split their responsibilities into thirds.  So, one of the safeties, typically the free, covers deep middle while both outside cornerbacks cover the deep third of the field they’re playing on.  As a general guideline, the safety is responsible for any receivers inside of the hash marks and the corners are responsible for any receivers outside of the hash marks.  The other safety, usually the strong, will come down to play more of an outside linebacker role.  Some teams may substitute an outside linebacker for a safety or vise versa depending on the strategy of each team and player personnel.  In any event, the outside linebacker/safety players will cover the intermediate flats while the inside linebacker(s) cover the hook to curl middle zones.  Dig routs and other medium length patterns are effective against a cover 3 defense because they are in between cornerback, linebacker and safety responsibilities. 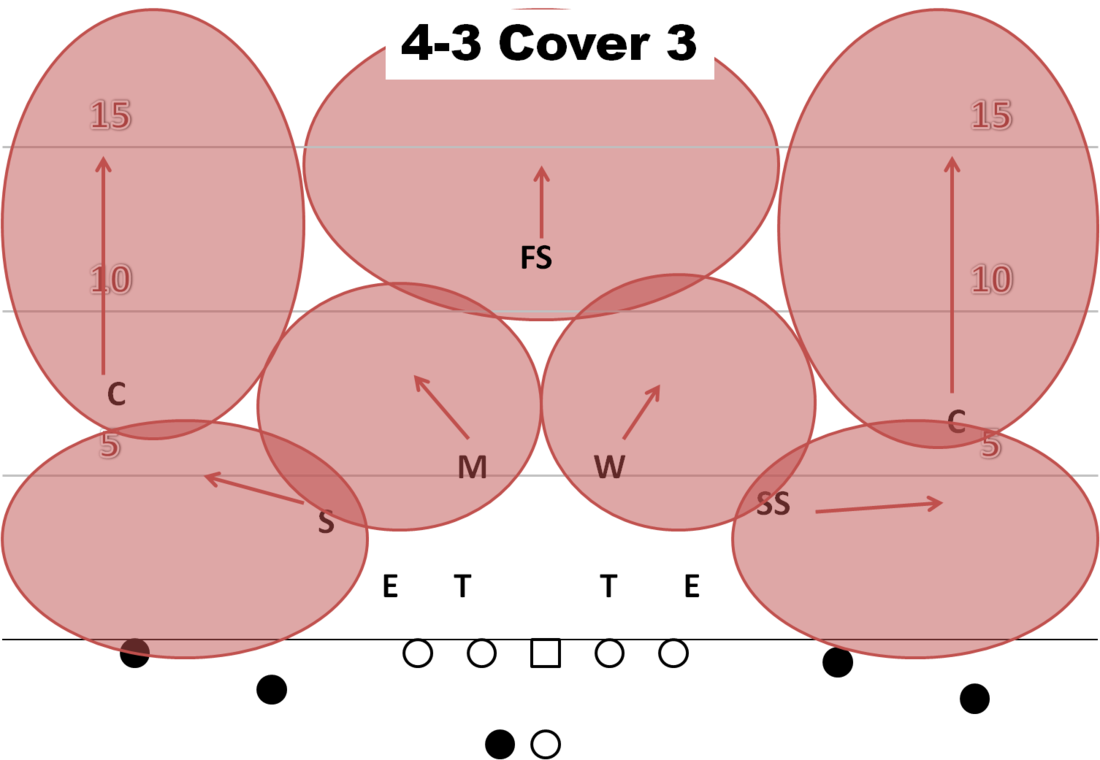 Cover 4 is the ultimate deep pass-prevention defense.  Hopefully you’re catching the pattern here: cover 1 has one player deep in the secondary, cover 2 has 2, and cover 3 has 3.  Cover 4 is no different.  Both outside cornerbacks and both safeties divide the deep field into fourths for zone responsibility.  The purpose of this defense is to not give up the deep pass so even though the three underneath defenders, usually all linebackers, have a lot of space to cover, they know it’s okay if they give up some yardage 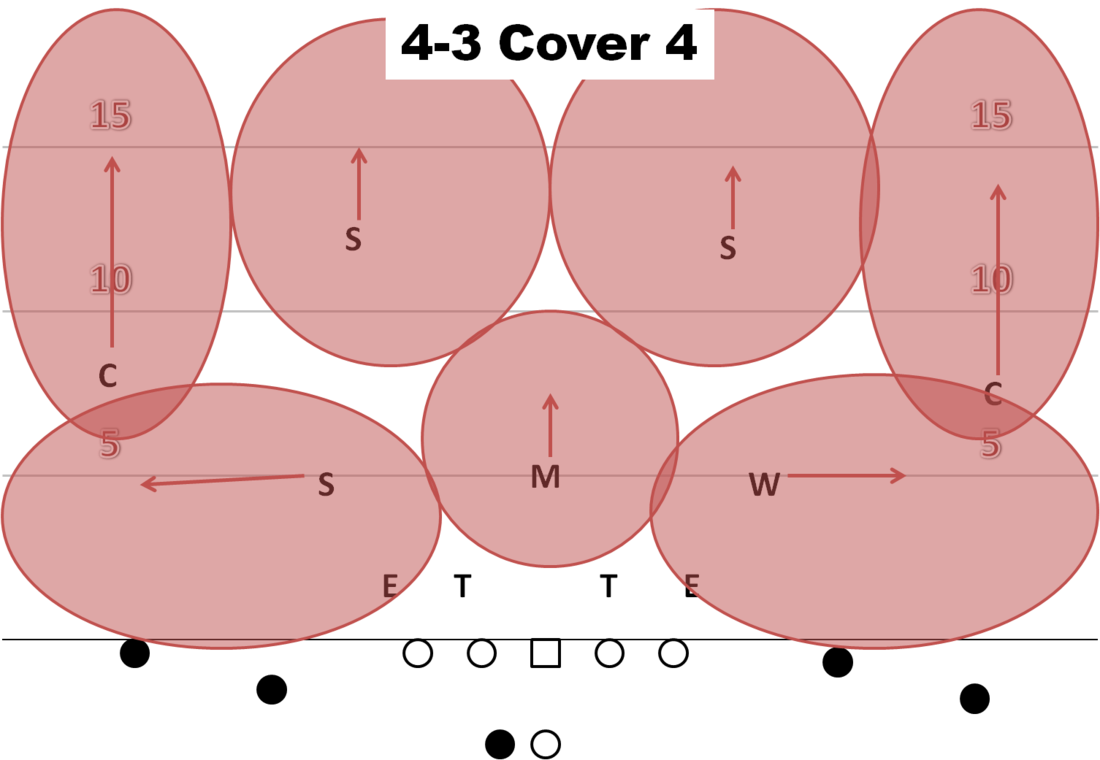 Those were the easy ones.  Now for the trickey coverages…

Yikes.  Just when you though you understood everything.  This coverage is rarely used in the NFL and is more common in college and High School especially.  There are also several variations of this coverage.  In the simplest terms I can think of, cover 8 is like cover 2 except the cornerbacks and safeties switch responsibilities.  So, the safeties now cover the flats and the cornerbacks split the deep field in half.  You may be wondering, how can this coverage work when the safeties are lined up so deep and the cornerbacks are lined up so shallow?  The answer is that the safeties creep up to the line of scrimmage while the cornerbacks begin their back paddle before the ball is snapped, while the quarterback is still in his cadence.  In other kinds of cover 8, however, the safeties may play the role of the robber.  A robbing safety is difficult to describe but it’s basically when the safety reads the quarterback’s eyes in an attempt to “rob” him of his first read which is usually a quick pass over the middle to a slot receiver or tight end.  The robber is supposed to take away this read and then flow to the flats after relaying to the cornerbacks, who are now deep, that they’ve passed on a inside receiver to the deeper section of the field.  If you’re confused, don’t worry, this coverage is uncommon.  I can’t even find an accurate picture to convey what I’m explaining.

The name of this coverage comes from one side of the field playing cover 4 and the other side playing cover 2 (4+2=6).  The cover 4 side features one cornerback and safety splitting one half of the field (one half of one half is one fourth) and the cover 2 side has the other safety covering the whole half of the field and the linebackers maybe cheating slightly towards him for help.  Other than that, the other four defenders are covering their usual hook to curl or flat zones.  This coverage works best in a nickel defense with three cornerbacks in and only two linebackers.

This one is easier to comprehend.  Cover 0 is similar to cover 1 except every defender not on the defensive line is covering a receiver in man coverage.  There is no one deep, no last line of defense.  This coverage is usually implemented on short yardage or goal line situations when the defense must play press coverage.  If a receiver runs past a defender, the defense is done. 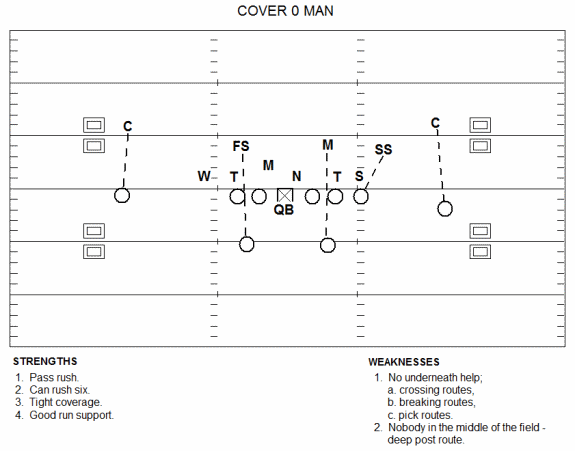 2016 Fall Qualifiers for Heroes of the Storm Start This Weekend