Is the Drew Lock Hype Legit?

Toronto’s win Condition: How the Defiant can…

UEFA Champions League Final 8: Where do…

How Far Can The Miami Heat Go…

The 2019 NFL Draft will be a great event for teams to start building for their future. The Game Haus will be doing scouting reports on some of the top prospects in the 2019 NFL Draft. Clemson defensive tackle Christian Wilkins has been a productive player for four seasons and has been a big part of their success. Now he is one of the many talented defensive tackles in this draft class.

Christian Wilkins is a major reason that Clemson was able to win two championships over the last several years in college football. He was the leader of a great defensive line, which made it even more impressive that he was still able to stand out.

In his career, Wilkins racked up 192 total tackles, 40.5 tackles for loss, 16 sacks, 15 passes defended, four fumble recoveries and two fumbles forced. He played a lot of football over the last four years and consistently produced. After leading Clemson, Wilkins should fit right into an NFL defensive line and be a solid player. 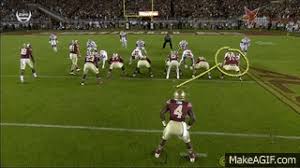 Wilkins is a very versatile defensive lineman because of his athleticism. He will best fit in as a 4-3 defensive tackle in the NFL, but he showed the ability to play multiple positions across the defensive line. In his time at Clemson, he played over the center, defensive tackle and even defensive end in four and three man fronts. It takes a unique set of skills and a lot of athleticism to do that and he played decently at every position he was asked to play.

His motor and competitive toughness will be one thing that NFL teams love. He is constantly working and fighting to get to the ball carrier or quarterback. Wilkins can be seen tracking down a ball carrier that is on the opposite side of the field with his solid pursuit. He also shows his motor and toughness by taking on and sometimes beating double teams, which he saw often in his time at Clemson.

He has some of the best hands in the class. Wilkins uses his hands well to shed blockers in the running game or to get past them when pass rushing. He has demonstrated a good bull rush, but has also been able to use several other techniques to get past blockers and make the play. If he can’t win at the line of scrimmage by attacking a gap, he’ll be able to hold his own hand-fighting at the NFL level.

Wilkins struggled with length at Clemson. Some tackles and guards with long arms would be able to keep him at bay because they could extend their arms on him. He did not have the necessary length to shed all blocks from long-armed offensive linemen. Wilkins covered up for this by becoming a good hand-fighter, but he may not be able to win so many matchups consistently going up against NFL offensive linemen.

He isn’t the quickest at the snap of the ball, which didn’t really slow him down in college. Wilkins would often time up the snap to get the edge in this department, but if he isn’t able to do that, he could fail to get momentum at the start of the play.

Wilkins could have better consistency as well. In 2016 he was dominant, but in 2017 his play fell off. In 2018 he played better, but there were still times where he disappeared. He has a great body of work, but can be even better as a pro if he is able to produce more consistently.

Dedicated Fans Could Pay Big for Their Teams