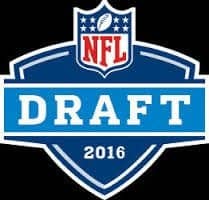 Cleveland just signed Robert Griffin III, so they likely won’t need to take a quarterback. The Browns will likely try to trade down to a team that needs a quarterback, but they can address the pass rush if they can’t find a trade partner. Bosa had a solid combine and would improve the Browns’ defense immediately.

The Cowboys don’t have a great pass rush or secondary, but the best player available is Myles Jack. Jack is an athletic linebacker who played both ways in college. Jack would be added to the talented line backing corps of Sean Lee and Rolando McClain, making it one of the best in the NFL

The Jaguars have to improve their defense this off-season. Vernon Hargreaves would be a selection that would help their weak secondary. At Florida he had been the best player in the secondary since walking on the field as a freshman.

The Ravens have to improve their secondary, but there are no players who are worth the pick at this point. They can use this pick to improve the protection around Joe Flacco, who was sacked 16 times before being knocked out for the season. Stanley has had his work ethic questioned, but he is a great offensive tackle that is a top ten talent.

Oakland finally has their offense on the right track. Now they need some defensive players to put with with Khalil Mack. Lawson can be another good pass rusher for the Raiders to take their defense to the next level.

The Rams don’t have any good quarterbacks and may draft one here if they don’t believe they can find one in free agency. Goff would be an ideal selection for this spot. He would immediately compete for the starting job with Case Keenum. If the Rams could trade up if Goff goes undrafted through the first five picks or so.