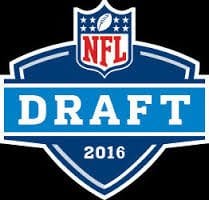 Philadelphia has now traded up for the second pick. Teams do not trade up like this unless they want a quarterback. The Eagles prefer Wentz and want him to sit behind Sam Bradford for at least a year.  Wentz had a great pro day that cemented his good draft stock.

The Jaguars have to improve their defense this off-season. Jack can help fill the hole they have at linebacker, but is also a great value pick, as he is one of the best athletes in the class.

The 49ers had the fifth fewest sacks in the NFL last season and desperately need to improve their pass rush to be competitive again. Bosa would be a great pick here as many believe he is a top five prospect.om

The Browns will probably try to trade down for a wide receiver or Ezekiel Elliot. Another big need is an outside linebacker who can get to the quarterback. Floyd is a very versatile player who can rush the passer, but still play good coverage when called upon.

Tampa Bay should probably trade down to get secondary hep at this pick, but with so many teams already trading they may be forced to take a player. The Buccaneers need help on the interior of the defensive line and Buckner could fit in their 4-3 defense at defensive tackle. He would be paired next to Gerald McCoy, which could be a dynamic duo for the future.

It could be argued that Stanley is the best offensive lineman in this class. He is a great run blocker, who allowed C.J. Prosise to have a breakout year at running back for Notre Dame. He will be tasked with keeping Eli Manning off of the ground and providing holes for a weak running game.

Elliot was asked which team liked him the best and his answer was: The Bears. Matt Forte is now a Jet and Jeremy Langford isn’t a sure thing for next season. If both offensive tackle options are off of the board at this point, Elliot would be a great pick to get the offense up and running.

Lawson had a fantastic final season at Clemson and can help the Saints, who had a terrible season defensively last year. He will be a star on the defense along with fellow Clemson Tiger Stephone Anthony, who was drafted by the Saints last season.

The Dolphins now have Byron Maxwell, but still need another corner if they plan on beating Brady and the Patriots. Apple has good size and speed and shut down Big Ten receivers for two years.

Oakland finally has their offense on the right track. Now they need some defensive players to put with with Khalil Mack. Lee is an athletic and fast linebacker who can cover and stop the run, but he can’t rush the passer very well. The Raiders can leave that to Mack.

The Titans traded down and now have a chance to rebuild their roster around Marcus Mariota. Tennessee should improve their defense, but can get Mariota protection because he was sacked a lot last season.

The Lions used to have great interior defensive linemen, but that is no longer the case. Taking a defensive tackle would really help their run defense.

Atlanta had a league low 19 sacks last season. They will be targeting pass rushers again this season. Ogbah is falling in a lot of mock drafts, but he is still a talented player. He had great production last year for Oklahoma State and had a solid combine. Ogbah may be a little inconsistent, but he still produces enough numbers that it shouldn’t matter.

The Colts had a terrible defense last season and will want to get a play-maker on that side of the ball. Ragland can hold down the middle of the defense for the Colts for years. The Colts also need some interior offensive line players, but can get some later in the draft to protect Andrew Luck.

Decker is a great run blocker who helped Ezekiel Elliot blossom into a star. This pick makes even more sense now that D’Brickashaw Ferguson has chosen to retire. Decker would fill a huge need for the Jets without Ferguson.

Terrance Knighton just signed with the New England Patriots so the Redskins need someone to fill in on the interior of the defensive line. Reed is a physical defensive tackle who speializes in stopping the run, but still needs some work on his pass rushing abilities.

Treadwell is athletically gifted and has great hands. He has recently claimed that he played in the SEC on one leg. Because he was able to do that he will be a great NFL wide receiver when healthy. The Texans need a wide receiver to pair with Deandre Hopkins.

The Vikings just cut Mike Wallace and would like another receiver to pair with Stefon Diggs. Fuller is a great deep threat and had a great combine. Teddy Bridgewater could have a career year with an extra target and because he is now playing half of his games in a dome.

The Steelers desperately need secondary help and will probably pick a corner back if they decide they don’t want to stash another linebacker on their depth chart. Jackson had a great combine and season for Houston. The Steelers will need him from day one.

The Seahawks don’t have too many needs. Butler is a great interior pass rusher, who could make Seattle’s defense even better.

Clark can play nose tackle in the Packers 3-4 defense, but may need to put on a few more pounds. The Packers need to improve their defense, as their offense continues to be great year in and year out.

Kansas City have to continue to give Alex Smith weapons. Doctson is great at high-pointing the football and has great hands to haul in passes. He will be a good fit across from Jeremy Maclin.

The Cardinals need to improve their defense, as their offense was outstanding in 2015. Spence would provide a great pass rusher for Arizona’s scheme. He did have issues with failing drug tests, but seems to be past that now.

The Panthers have a great defense, but now are desperate for corners with Josh Norman leaving. Alexander is a great pick here, who could start for Carolina next season.