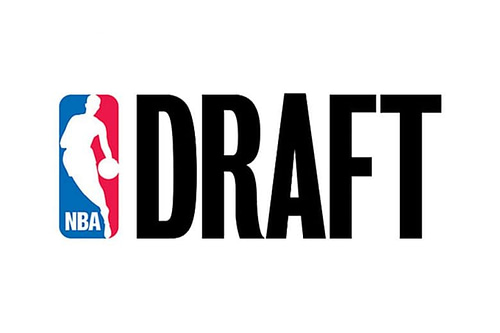 The Magic already have a solid young backcourt with Jalen Suggs and Cole Anthony. They can get an athletic big with the first pick of the draft in Smith.

Sam Presti seems to like the prospects that could be considered unicorns and Holmgren is just that. He can pair nicely with the young backcourt of the Thunder.

The Rockets traded Christian Wood and have room in their frontcourt. They can draft a scoring forward like Banchero to put with their backcourt, which they have put some draft capital towards.

The Kings are likely trading this pick and Ivey is rumored to not want to play in Sacramento. Ivey stays at number four overall, but expect another team trading up to draft him.

After selecting Cade Cunningham in 2021, the Pistons can help him by getting someone who can spread the floor like Davis.

Mathurin took a huge jump in productivity last season for Arizona and could really help the Pacers’ offense.

Murray is a solid scorer on multiple levels as a big man. He could be solid player to take some of the attention off of Damian Lillard.

After acquiring C.J. McCollum, the Pelicans had new life. They can take a chance on Sharpe, who might be the biggest boom or bust prospect in the draft.

Griffin is a 3-point specialist who can help spread the floor for Dejounte Murray and Keldon Johnson.

The Wizards are rumored to be in the market for a point guard, If they can’t trade for a veteran they could draft Daniels to develop.

New York needs a point guard and Washington has a little experience playing on the ball. He actually plays a lot like Immanuel Quickley and they could share some of the ball-handling duties in 2022.

After taking Holmgren, the Thunder can get someone to space the floor for him, Giddey and Gilgeous-Alexander.

Montrezl Harrell is likely walking in free agency, so the frontcourt has more minutes to give out. Duren protects the rim and rebounds well.

The Cavaliers will have most of their roster back next season and could use another effective wing scorer to add to the mix to help them compete right now.

Jovic is a good scorer and can add something to the Hornets from the forward position.

Sochan was the Sixth Man of the Year in the Big 12 and can provide some depth in the frontcourt, especially with John Collins on the trade block.

Dieng is a very skilled player for his height, but could take some time to develop.

Beauchamp needs to shoot 3-pointers better and the Spurs are the team that has done a good job of working with players like that in the past.

While he didn’t quite play as well as expected at Baylor, Brown did a lot of the little things right.

Chandler can shoot and play defense well, which makes him a good candidate to be a backup point guard.

Teams needing a shot-blocker should look in Kessler’s direction.

Liddell is a forward that can shoot and score on all three levels.

His defense is solid and Moore really improved as a shooter at Duke in 2021-2022.

Williams is a good athlete and can draw plenty of fouls/charges.

While his freshman season didn’t go as planned, at 6-foot-9 Baldwin is very talented for his size and the Warriors can take the time to develop him.

Keels showed the ability to play on and off the ball at Duke. He has an NBA-ready body and just needs to improve his outside shot a little bit.

Braun is a good athlete who can defend decently and shoot.

Go to our NBA page for more articles and updates like 2021 NBA Mock Draft June 23!

Warning: Invalid argument supplied for foreach() in /nas/content/live/thegamehaus/wp-content/plugins/wpdiscuz/utils/class.WpdiscuzHelper.php on line 984