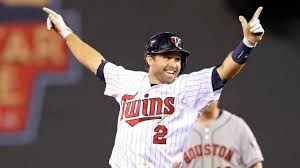 The White Sox dropped two out of their first three games of the week to the Red Sox, but swept the Twins to maintain the best record in the American League. Melky Cabrera and Adam Eaton both had good weeks at the plate with .333 averages, but Chicago really needs Todd Frazier to get his .194 average on the season up. Frazier does have eight home runs to lead the team. Jose Quintana picked up two saves on the week, while David Robertson finished with two saves to secure a great week for the White Sox.

Cleveland leads the tightly competitive battle for second place in the AL Central following an impressive week. The Indians swept the Tigers and then took two out of three from the Royals to stake their second-place claim. Offensively the Indians were led by their two shortstops, Francisco Lindor and Jose Ramirez, who both hit over .400 on the week. Michael Brantley has returned in a big way by hitting .389 in his first full week of action. The bullpen has been the unsung hero for this team, but Corey Kluber also helped the team out by picking up a win in his one start on the week, with no earned runs allowed.

The Royals continued to struggle early on this season by losing two out of three to the Indians and Nationals. Lorenzo Cain, Eric Hosmer and Alcides Escobar all had good weeks by hitting over .350, with Hosmer adding six RBI. Ian Kennedy picked up another win by allowing no runs, which brings his season record to 4-2. The rest of the starters will need to be better next week for the Royals to make a push to the top of the standings.

Detroit surely is glad that the week is over, as they failed to win a game in the past seven days. Nick Castellanos and Miguel Cabrera were the only ones on the Tigers who hit above .300, while the next highest average on the team was .269. Castellanos had a .429 average and six RBI to be the ultimate offensive force. Buck Farmer, Blaine Hardy and Drew VerHagen each had good weeks in relief by not giving up any earned runs, but the rest of the pitching staff had terrible weeks, to cement them in fourth place.

After starting the week with a win, the Twins lost five straight to end the week. Brian Dozier hit .545 and had six RBI in only four games. Jose Berrios got the only win of the week for the Twins, while Brandon Kintzler and Trevor May didn’t give up any runs in relief.

Player of the Week: Brian Dozier, 2B, Minnesota Twins

The Twins may not be having the best of seasons, but Brian Dozier had a great week for only playing in four games. His six RBI and .545 batting average were huge for the twins this past week.