Will Evan Mobley be the Cleveland Cavaliers’…

Who Won the Trade Between the Wizards…

3 Offensive Bold Predictions for the Eagles…

Riot Games announced that “Call of the Mountain” would be the next expansion for Legends of Runeterra. This expansion is set in the Targon region and with it will come all new champions and non-champion cards. The third addition, will be Trundle, the Troll King. Check out his card trailer below.

King of trolls, coming through. pic.twitter.com/bEL3NPkwnJ

Trundle has definitely made it seem as though this release will be similar to the Bilgewater release where champions are added from other regions. He will be a part of the Freljord as he is one of the main characters from that region. 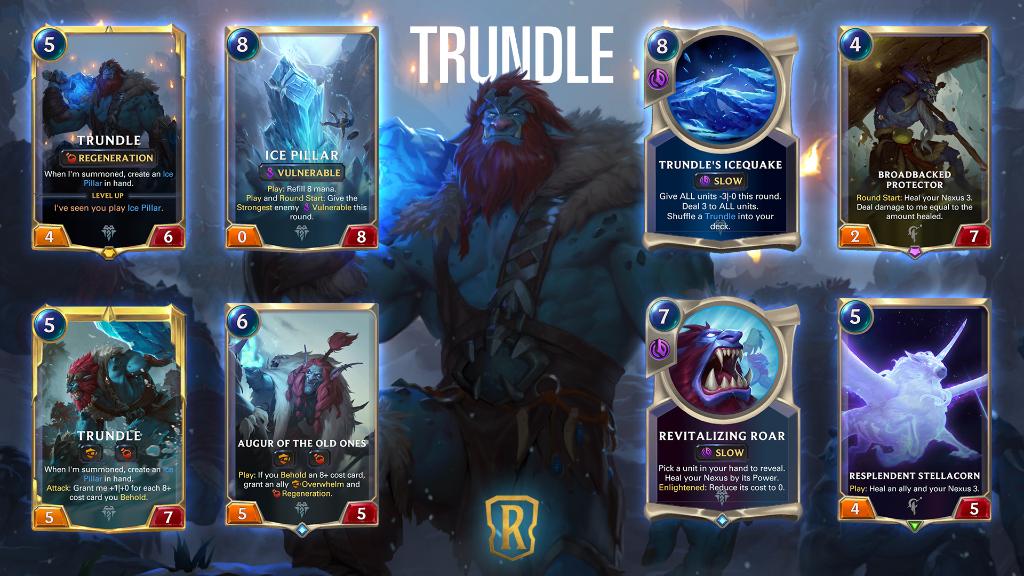 With three champions announced there is definitely still a chance that Targon gets up to at least five champions for its region but, that is starting to feel unlikely. Instead, four or even three champions might end up making up the higher end for Targon. This was the same amount the original regions had. It will be interesting to see who the next four are and if they will be Targon or if they will hit some of the other regions.

No matter what they do, the next couple weeks will be fun as more cards are revealed for Legends of Runeterra’s newest expansion, “Call of the Mountain”. Keep it here at The Game Haus for all the updates as the new cards are revealed.

Here is a running list of the champions that have been added so far.

Seoul Dynasty: Week 29 The Last Burst of Energy Until Playoffs

Meet The “Legends of Runeterra” Regions