Predictions for the League of Legends 2021 Livestream

On Sunday, January 3, Riot Games announced that there would be a livestream to bring in 2021 and League of Legends Season 11. There were no details revealed with this announcement other than the start time. Normally there are plenty of fun announcements with these livestreams. Last year they showed a new cinematic, the launch of Clash, new champions, TFT updates and more. Can this year top that? Here are some predictions for what fans could see at the 2021 Livestream.

[Related: When does Season 11 of League of Legends Begin?]

Since this will be the beginning of a new season, they will likely announce some of the official item changes and many of the things already known. As a reminder, just about every time Riot Games does this, they announce things that no one expected, so be prepared for anything.

New Cinematic with a Familiar Song

This one is fairly obvious at this point. There is always a new cinematic for major events, especially the beginning of a season. That said, last year they brought “Warriors” back in a different way, what could they do this year? The prediction is that they use “Legends Never Die” this year. It is a fan favorite and Riot seems to love to use it as well.

Bilgewater is the Regional Focus this Year

Last year was almost all about Ionia, this year it will be Bilgewater. This is mainly based on the Ruined King. Not only is it Riot’s first RPG game that is coming out this year but, it is also likely that fans will finally get to play as the Ruined King himself. Because of both of these things likely being released early in the year, it would only make sense that Bilgewater is the region of 2021.

Speaking of the Ruined King, this livestream feels like the perfect time to get a release date for the new game. Also, they might finally reveal him as the next champion in the game as well. All signs have been pointing to the fact that he is probably the first new champion of 2021 but that all could be a ruse. To prove that it is not, Riot Games could officially reveal him here.

Everyone should know at this point that Dr. Mundo is the first champion getting his remake this year. While they have not said exactly when he is coming out, one can assume it will be soon. Fiddlesticks came out early in 2020 and if the League team continues following those patterns they set then Dr. Mundo should be coming out soon. At a minimum, they reveal more about the direction they are going with him. 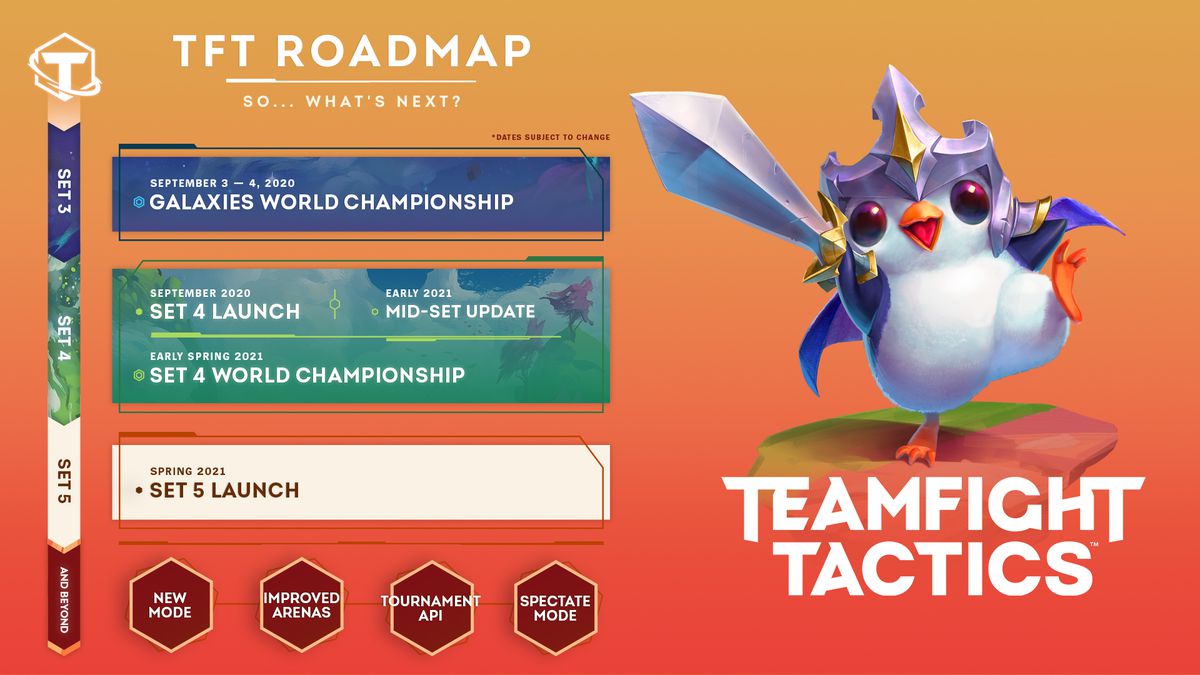 Back in the middle of 2020, the TFT roadmap showed something very interesting, a new mode. Many may have glossed over this, but for a game that is seemingly as straight-forward in what it was made for, a new mode might be very interesting. This livestream would be the perfect time to reveal it and potentially even release it. It definitely wouldn’t be impossible for them to surprise TFT fans and do so.

The Next Legends of Runeterra Expansion is Revealed: Shurima

Mysteries will be unearthed. Legends of Runeterra joins the Season 2021 Opening Day livestream.

Sure they just had their newest expansion hit but that doesn’t mean they can’t reveal the next one, especially if it is going to be a big one. In a tweet, the LoR team stated that they would officially have something on the livestream and that “Mysteries will be unearthed.” This could mean a myriad of different things, potentially even that they are going to Shurima. Champions like Amumu, Nasus, Renekton, Rammus Azir and Xerath could be joining the game with this one.

Most people probably also forgot about this one. For those who need a quick refresher, this game was potentially one where players would manage a team like T1 or FunPlusPhoenix similar to how they do in Football Manager 2021 or Out of the Park Baseball. They have full control and would be able to sign, develop and make trades or buyouts. Many have forgotten about this game since it was revealed at the 10 Year Anniversary as there have not been many if any updates since. This would be a good time to reveal the beta and more information about the game in terms of how it all works.

The final prediction is that Riot Games finally gives more information on their fighting game. It has been teased quite a bit in the past but there has not been much to come out about it recently. It feels like Riot Games will plan on releasing at least one or two games a year and this one has seemingly been in development for a while. The livestream would be the perfect time to dive deeper into their first iteration of a fighting game with a trailer that has a release date at the end of it or at least a release time period.

Well, that is probably not all of the potential things that could be revealed at this livestream event. That said these seem like some interesting ones at least. Share what other things could be revealed and make sure to be watching on January 8 at 10AM EST or 7AM PST.