Just like that, it is 2022 and League of Legends is still bringing out skins for a lot of champions that have not had many in the past few years. They are starting the year by bringing out new skins for previous lines. This time though, they revealed a stand-alone skin for Gangplank. Here is a look at the new Gangplank the Betrayer skin. 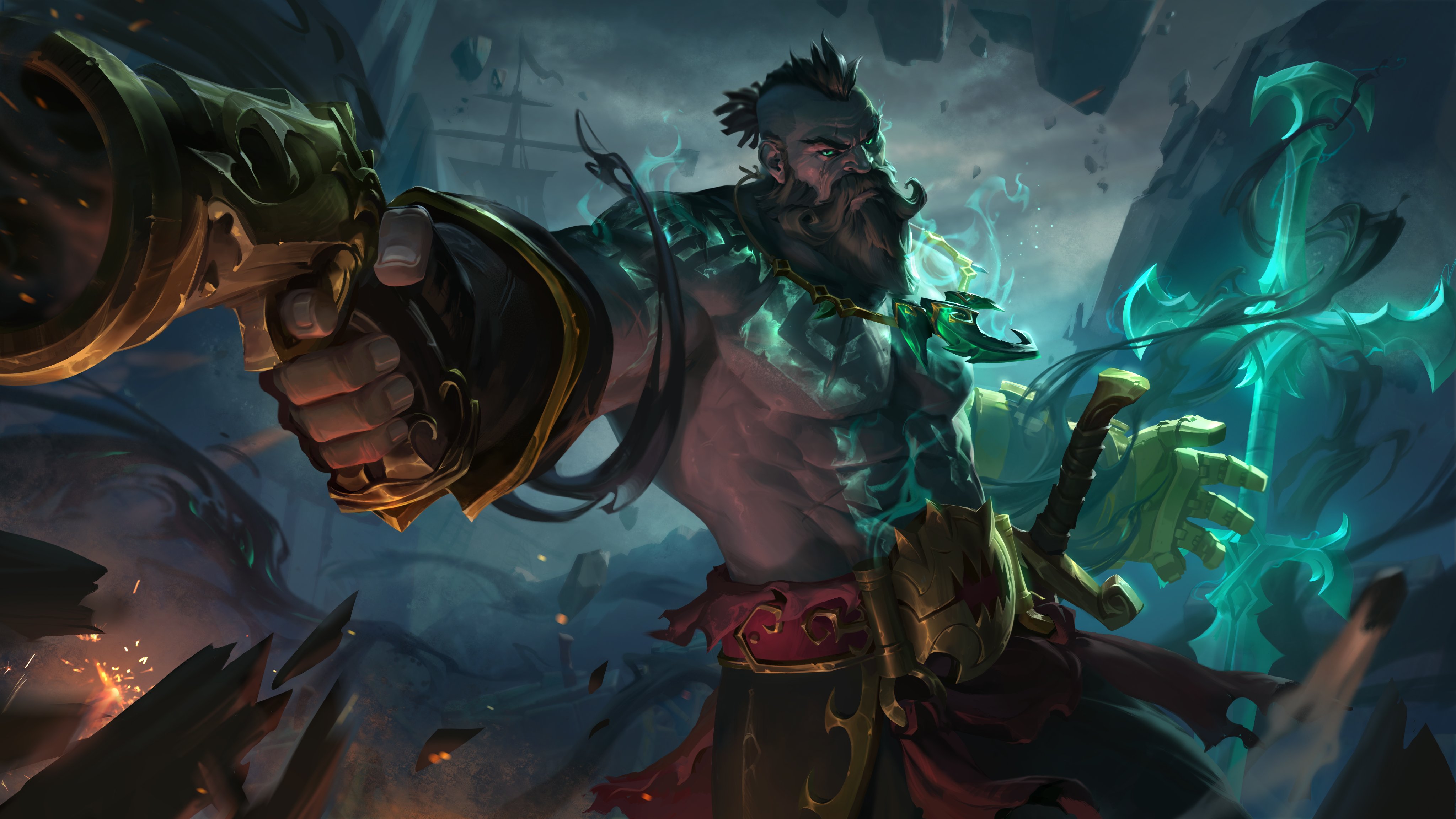 This skin is not technically a Ruined skin in the sense that it is officially part of that line. Instead, this is a skin from The Ruined King game that launched last year. This was Riot Games first RPG story-driven game along with their first game from Riot Forge. Despite the game being delayed and then shadow released, it received good reviews.

For those who may not know, Spoiler Alerts ahead.

This game focuses on an unlikely group of champions who come together to try and stop Viego. Gangplank has other plans after being overthrown by Miss Fortune and decides to align himself with Viego. He does this in order to try and win back Bilgewater. Anyone reading will need to play the game to find out the ending for themselves.

As for this skin, it fits perfectly and was a fan-requested skin from back at the beginning of the year. With Gangplank finally getting some attention, fans will be happy to see him getting a new skin. The Blade of the ruined king sits nicely behind Gangplank as well. This along with the necklace and his eyes shows that in this instance he stand alongside Viego.

[…] was a bit surprising to see Yasuo get a skin here. Mostly because Gangplank the Betrayer, which was also just released, actually makes more sense. This skin for Yasuo is clearly from the […]