The spirit that epitomizes WoW Classic is its faithfulness to the early days of Blizzard’s long-running and genre-defining MMORPG. But despite its best efforts to keep things the way they were, some changes just had to be made—and for good reason. Will this mean more changes in the future? And if so, will the WoW Classic gold experience still be as classic as it’s promised to be?

Breaking Down the Shifts

This curious conundrum began with the alterations to Alterac Valley. Rather, it began with the devs’ decision to use a version of the place from 1.2 instead of 1.10. For those who have zero experience with WoW but are entertaining the thought of beginning in WoW Classic, Alterac Valley is a battleground, PVP areas where the two factions duke it out for supremacy. Among the other battlegrounds players can choose from, Alterac Valley is one of the more popular ones, if not the most, as it yields a lot of honor points.

According to Blizzard, they are doing this to “address some of the more prominent pain points and unfortunate behaviors”. But in doing so, they were very careful not to destroy the essence of the battleground. These changes are as follows:

The most important changes, however, would be those related to queuing, as this is most likely the brunt of the “unfortunate behaviors”. There are many examples of this kind of behavior that make sessions un-fun for those on the losing side, but one of the worst ones would be pre-made 40 man teams. It’s practically a foregone conclusion what the outcome will be. 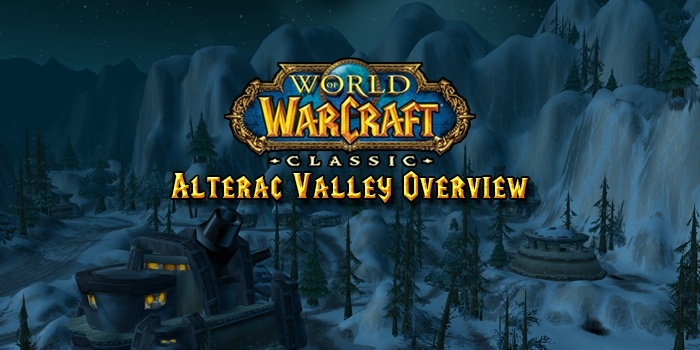 All About the Numbers

To prevent that, Blizzard will now only allow a group of five to enter, and the number beside the battleground’s name has been removed. All of these steps are obviously geared towards stopping brigading. And on a related note, the error where an Alterac Valley instance despite only having 20 players has been fixed as well. Lastly, Blizzard plans to discourage people from camping in starting caves by making honorless targets unlootable.

All of those things mentioned will definitely do much of a difference, so it’s no surprise that the reactions to the improvements were mostly positive. There were those, however, that disliked the move, calling it a break from tradition. And then there are those that felt like this could set a precedent for unwarranted changes in the future– a rather understandable position.

Like what’s been said before, the goal of WoW Classic is to bring back the kind of WoW that’s been lost due to the myriad updates it received through the years. But now that its Alterac Valley is receiving changes, does this mean other content will follow suit?

Before Alterac Valley, the answer was no. But now, it has become a rather resounding maybe. And the question has not only changed, but has actually doubled to “which one is next?” and “to what extent?” Perhaps we’ll only know until Blizzard announces the next thing it’s going to fix. And they will have definitely have something to fix with WoW Classic. It’s not that it’s broken; it’s just that you can’t completely replicate the past.

There is, however, one thing that’scertain: change is inevitable, even in a game world that’s meant to be stuck in the past. What do you think of the recent changes? Did you welcome them with open arms or were you apprehensive? Let us know by dropping a comment!

OSRS Turns Seven Years Old: What It Means for the MMORPG

PAX West: Best of the Rest