River Davis is your 2018 Vancouver Regional Champion, making it all the way with quite the interesting team. Tapu Bulu has another regional win under its belt, but a newcomer to the upper echelon of the VGC 2017 format is none other than Slowking. Vancouver had a fair amount of inventive strategies make it to the Top Cut, which you’ll hear all about shortly.

Some new faces for Trick Room

Two of the most interesting Pokemon from Vancouver’s Top 8 are both viable options for Trick Room setters.

Let’s start with River Davis’ Slowking. Slowking is a Pokemon we didn’t at all in Davis’ Top Cut matches, but we did see what it could do during Davis’ streamed match against Raphael Bagara. Slowking works pretty well with Snorlax, being able to set up Trick Room and recover Snorlax’s lost HP with Heal Pulse. Slowking itself has a surprisingly diverse movepool, being able to run both a Fire-type and Water-type attack along with support options. Its typing isn’t the greatest on the defensive side, as bulky Water-types haven’t been as popular with the rise of Tapu Koko and Kartana. Luckily, Davis packed Flamethrower on his Slowking’s moveset and an Alolan Marowak on his team to help this niche Pokemon with its bad matchups.

Gary Qian is a player known for his weird strategies, and this tournament was no different. Alolan Exeggutor was Qian’s newest unconventional Pokemon that, unfortunately, did not do a whole lot on stream. What we know about this particular Exeggutor is that is was a physical variant using Wood Hammer as its main means of damage output, but said damage output was not the greatest. Alolan Exeggutor’s defensive typing is kind of bad, and its defensive stats don’t do much to help it either. As a result, we often saw quick KO’s on Qian’s Exeggutor thanks to Draco Meteor and Dazzling Gleam from Salamence and Tapu Koko respectively. One thing that Exeggutor does have going for it is its Harvest ability which can let it eat possibly two Sitrus Berries in one turn. Too bad that extra health does little to stop the onslaught of super-effective damage Exeggutor is forced to take. 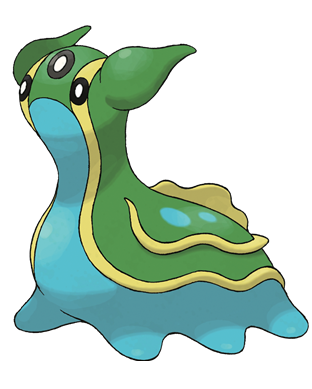 I don’t think I’ve ever seen this many one-hit-KO moves make it to the Top Cut before. Gary Qian had a Gastrodon with the move Fissure, though in his defense, the Tectonic Rage that Gastrodon gets because of Fissure is Gastrodon’s only means of a strong Ground-type move in this format.

Justin Wan’s team, on the other hand, had two one-hit-KO moves that had little logic backing them. Wan’s Alolan Ninetales carried Sheer Cold on its move set while his Smeargle had the move Guillotine. Both can KO any Pokemon in one hit but both are only accurate 30% of the time.

Wait, is that Aaron “Cybertron” Zheng?

Turns out Aaron Zheng hasn’t left his competing days completely behind him, as he scored an impressive third-place finish in Vancouver. Zheng was actually using a team very similar to one his younger brother used to place in the Top 16 at the Hartford Regional Championships just a couple weeks ago. At this rate, we might end up seeing both Zheng brothers in the Masters division of the World Championships this year, as both are having solid starts to their seasons.

Ray Rizzo was in attendance at Vancouver, scoring another X-2 finish in the Top 16. Rizzo has yet to make the Top Cut at a regional this season, but something tells me he’s not very far off. If you watch his YouTube or Twitch content, you can see that he’s putting in the work, and one of these days it’ll pay off.

Well, it looks like we don’t have any big tournaments on the horizon for about a month, but next month will be a huge one. Not only will we have the San Jose Regional Championships, but we also the London International Championships AND the release of Pokemon Ultra Sun and Ultra Moon. We have a big month ahead of us and we’re quickly approaching the change to the VGC 2018 format coming this January. But for now, VGC 2017 is still our format, and we’ve still got a lot of exciting battles left.