With the announcement of the Ultra Wormholes allowing players to catch legendary Pokemon in Pokemon Ultra Sun and Ultra Moon, there remains uncertainty over which ones will be available. In preparation for the 2018 format, many players have taken to the Battle Spot Doubles online ladder in Pokemon Sun and Moon in order to practice for the upcoming format. This rule set allows the entire National Pokedex, with the exception of restricted legendary Pokemon as well as Mythical Pokemon, making it very similar to what we expect the 2018 format to be like. Although, the lack of concrete evidence we have on whether or not VGC staples like Landorus and Cresselia will be returning to 2018 leaves many players skeptical.

A National Pokedex format without the staples of the past would shake things up considerably for the 2018 season. Let’s take a look at what a potential 2018 meta game could look like without these legendary Pokemon returning. 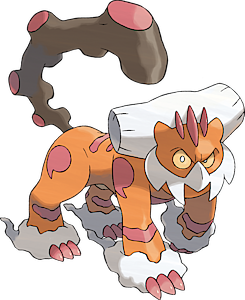 Wreaking havoc on VGC since 2013 is none other than the infamous intimidating cat known as Landorus-Therian. Anyone whose played Pokemon competitively knows how powerful and versatile Landorus can be, and many players are hesitant in welcoming this Pokemon back. Landorus has access to one of the best abilities in the game in Intimidate while also being a great source of damage output. Replacing Landorus will involve looking to other Ground-types as well as other users of Intimidate.

For Ground-types, the easy answer is Garchomp. Garchomp is a Pokemon that has dominated formats in Landorus’ absence as it fills the role of a strong, Ground-type attacker. Garchomp may lack Intimidate, but the amount of offensive pressure it puts on with the ability to spam Earthquake makes it a great choice for a sweeper. Outside of Garchomp, the remaining options are admittedly niche, but other options exist.

Intimidate is a much more widely available tool that many teams won’t have much trouble replacing. Salamence (and most likely Mega Salamence) will be players’ number one choice considering that we do have confirmation on the return of Mega Evolutions. Salamence has the ability Intimidate prior to Mega evolving, but the loss of Intimidate upon Mega Evolution turns Mega Salamence into a terrifying sweeper. But unlike Ground-types in VGC, many more viable options for Intimidate exist.

With the increased usage of Fairy-type Pokemon, Heatran’s usefulness has skyrocketed. Heatran mainly plays the role of a slow, Special Attacking sweeper that functions well under Trick Room. When looking to replace Heatran, we’ll have to examine the available Fire and Steel-types at our disposal.

The Pokemon that most fucntions the most similarly to Heatran would be Mega Camerupt. Mega Camerupt isn’t the most popular choice for a team’s Mega Evolution, but its role as a slow, Fire-type Trick Room sweeper makes me think of Heatran. Of course, we should examine non-mega options considering Heatran does not compromise that slot.

The queen of VGC needs no introduction. Cresselia has been an anchor for teams ever since it made its debut in the fourth generation, and 2018 will be no different if Cresselia is available in Ultra Sun and Ultra Moon. Cresselia’s main role is a defensive Trick Room setter, but we’ve seen Cresselia function in many other roles making it into a Pokemon that can fit on almost any team.

Cresselia is a hard one to replace, as very few Pokemon can do its job as well as it can. Porygon2 is the first that comes to mind when thinking of a Cresselia replacement, as it too functions as the defensive Trick Room setter. However, Porygon2 can really only function in that role, which limits its usefulness, but in the 2017 season it was a staple for a team’s Trick Room mode. If Cresselia isn’t around, we’d likely see Porygon2 return to this role, but Porygon2 isn’t the only option for a team’s designated Trick Room setter.

What lies beyond the Ultra Wormholes?

At this point we can’t be certain, and it’s likely we won’t find out whether these Pokemon await us in Ultra Sun and Ultra Moon until the games are released. Until then, we have no choice but to play a guessing game about the upcoming metagame. Practicing on the Battle Spot Doubles ladder is the best bet we have right now for those looking to prepare for the 2018 season, but players should be cautious in determining their strategies.

In all honesty, we’ll likely have the opportunity to catch all of these legendary Pokemon due to the nature of the Ultra Wormhole mechanic, and how similar it looks to the rings found in the post-game of Omega Ruby and Alpha Sapphire. But that, much like the rest of this article, is purely speculation.

Sequels to esports: good or bad?