The introduction of the Island Guardians in the Video Game Championships brought four powerful Fairy-type Pokemon that became centerpieces for a majority of teams in the format. Before the “Surge” abilities, players almost never utilized each of the “Terrain” field effects because each one had to be set up manually, and their effects weren’t as valuable as, say, a weather effect. Now, with the ability to set up these terrains instantly, many teams were centered around each Tapu and their terrain’s respective benefits.

But the auto-terrain set-up wasn’t the only things that made each Tapu a good Pokemon. Tapu Koko has amazing speed, Tapu Bulu and Tapu Lele hit like trucks, while Tapu Fini was a bulky Water-type above the rest. Let’s take a look back at how these four Pokemon dominated the 2017 format. 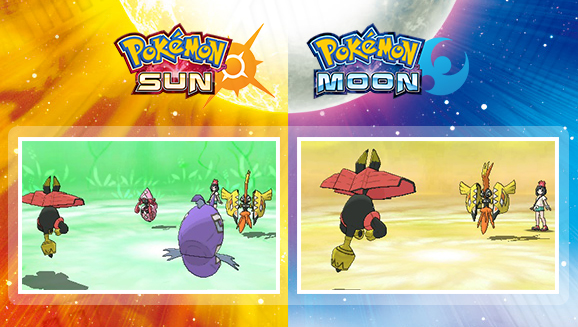 The terrain field effects were a neat new addition to the battlefield. Each terrain offered many different effects that were able to benefit not just the Tapu, but other Pokemon in the format as well.

Tapu Koko’s Electric Terrain allowed it to hit hard as Special Attacker, while also preventing its grounded teammates from being put to sleep. Tapu Lele’s Psychic Terrain made its already high-damaging Psychic attacks hit even harder, while the terrain also protected frail or weakened partners by stopping priority moves. Tapu Fini’s Misty Terrain was by far the most supportive, as it protected Pokemon from being afflicted by all forms of status effects. Finally, Tapu Bulu’s Grassy Terrain allowed it to hit super hard on the physical side, while Grassy Terrain made Earthquake much less scary for Pokemon like Arcanine and Nihilego.

Naturally, with so many terrains, the war for control was present in every battle this format. While Tapu Koko had amazing speed, slower Tapu had the edge in the lead match-up since the slower Tapu had the Terrain advantage. The Tapu Pokemon do suffer quite a bit without the terrain advantage Tapu Fini less than the others), since they rely on their terrains for the much-needed power boost.

The Electric, Psychic, Grassy and Electric seeds were also neat items to compliment the newfound relevance of terrains, but only the Misty and Psychic Seeds saw regular play at top level events.

The terrains themselves weren’t overpowered in any way. If anything, the Surge abilities were a great addition to make them competitively viable. Terrain play will likely continue in future formats as the Pokemon who create them aren’t going away.

Now that we’ve explored the abilities that made these Pokemon valuable team members, let’s take a look at each one individually.

For anyone who has had any experience with competitive play this season, Tapu Koko shouldn’t need an introduction. The speed, power and versatility of Tapu Koko are what solidified it at the top of usage for the entire season. The combination of Electric and Fairy-type attacks was a hard combo to switch into, which made Tapu Koko an excellent lead and late game Pokemon. Not to mention, Tapu Koko is probably the best user of Volt Switch, being able to re-position itself with the added damage from the Electric Terrain.

But Tapu Koko’s utility doesn’t end at damage. Tapu Koko’s supportive capabilities are shown in full force with the Assault Vest item. Speed plus access to Sky Drop made Tapu Koko an extremely dangerous partner for Pokemon like a Swords Dancing Garchomp or Trick Room setter. Tapu Koko was also by far the best user of Nature’s Madness, being able to knock 50% of an opponent, setting up an easy KO for its partner. Outside of Assault Vest variants, Tapu Koko’s third move slot could contain a ton of other great moves like Taunt, Hidden Power, or even Roar.

Tapu Koko was by far the go-to sixth team member for the 2017 format, and I fully expect it to continue to use all of its great tools in future formats.

While not as popular as Tapu Koko, Tapu Lele still remained high on the usage charts all season. It saw a bit of a dip when Tapu Fini, and later Tapu Bulu, hit the scene. Still, Tapu Lele was a powerhouse that was stupid to ignore.

I consider Tapu Lele the most hyper-offensive of the four, as its play-style relied heavily on abusing Psychic Terrain for big damage. This is usually why we saw Tapu Lele paired up with Pokemon like Drifblim and Mandibuzz that could set up Tailwind. Tapu Lele also worked well with the Ultra Beasts, mainly Xurkitree and Pheromosa, as they also fit well into the hyper-offense team composition.

Tapu Lele wasn’t nearly as versatile as its Electric-type counterpart. The main thing was damage output, so items like Life Orb, Psychinium Z and Choice Specs were the most popular. We never saw move sets exclude Psychic/Psyshock or Moonblast with the last move being either Taunt or another attack if Tapu Lele held a Choice item.

While Tapu Lele may have been able to tear through teams with its amazing Special Attack, it’s reliance on Psychic Terrain held both it and its teammates. With that being said, I’m sure we’ll see Tapu Lele leading the hyper-offense archetype well into next season.

Out of the four, I would say Tapu Fini was probably the best behind Tapu Koko. Bulky Water-types are always good choices for VGC teams, and Tapu Fini was (nearly) the complete package.

I know this section is supposed to be about the Pokemon themselves, but players mainly used Tapu Fini for Misty Terrain. The ability to have your team be immune to status effects like Burn and Toxic were key for Pokemon like Snorlax to remain big threats on the field. Plus, not having to worry about random freezes, Swagger or even paralysis was great too.

But let’s get back to Tapu Fini. Tapu Fini’s claim to fame was its great bulk, and it often used that bulk to develop itself into an offensive threat. The Calm Mind set was by far the most popular of the season, but many players at the World Championships opted for Choice Specs in order to have Tapu Fini threaten a ton of damage up front. Water and Fairy-type attacks are a great combination, but Tapu Fini players had to constantly play the odds with the infamous Muddy Water. 85% might sound pretty accurate, but Muddy Water misses a lot more often than you think. Plus, accuracy drops from Muddy Water could be amazing for the user and devastating for an opponent.

Overall, Tapu Fini’s main selling point was the insane utility of Misty Terrain. Tapu Fini still had a solid presence on a team and was one of the crucial members of the AFK core and FAKEPG team archetype. One of the best bulky Water-types the game will ever know.

Tapu Bulu was the least popular of the Guardians but had a surge of great tournament results towards the end of the season. Grassy Terrain was amazing for stopping Garchomp from Earthquake-spamming to victory and was the key reason for the creation of the BAN core.

Tapu Bulu itself, like its Special Attacking counterpart Tapu Lele, did massive damage with the terrain advantage. Grass-types weren’t great outside of Tapu Bulu and Kartana, but Tapu Bulu almost single-handedly made the metagame fear Grass-types.

The move set for this raging bull was often pretty standard. Wood Hammer and Horn Leech were pretty much staple on most sets, with usually a coverage move like Superpower rounding out the third slot. There were other options for Tapu Bulu like Bulk Up and Leech Seed, but usually Tapu Bulu players preferred quicker damage. Item-wise, Tapu Bulu players really like Z Crystals or pinch berries either to further boost Wood Hammer (or Superpower in Japan’s case) or heal off all of Wood Hammer’s recoil damage.

Tapu Bulu arrived pretty late to the party, but Grassy Terrain was a perfect addition to a later format team looking to counter the other Tapu’s while also allowing for slower play. This bull was good, but I’d probably stick it at the bottom of the “Tapu tier list” if you will. However, there are still a number of Pokemon that could use some protection from Earthquake, so I’m sure Tapu Bulu will be back.

Well, there you have it, the four Island Guardians. Each of them made big waves in the VGC 2017 metagame and likely have become staples for many future teams. Some Guardians and Terrains were better than others, but overall, each one of these Pokemon was a worthy adversary during the 2017 season.

We’ll be back with more VGC 2017 retrospectives, but check back next week for a recap from Ft.Wayne, Indiana as the first round of post-Worlds regionals kicks off this weekend!