Piotr Kedziora takes the first Special Event of the 2018 season, upsetting many of Europe’s best in his Top 8 run. The Special Events are new additions to the VGC circuit as extra events that award regional-level Championship points. Kedziora came to represent his home nation of Ireland, which despite being a relatively small VGC power, is already well on their way to sending one of their own to the 2018 World Championships.

There were a plethora of interesting teams and Pokemon in Bilbao’s Top Cut, and I’d like to start with the champion’s team.

Piotr Kedziora’s team is nothing new to post-Worlds VGC players, as it has been picking up popularity to the point where it appeared twice in Bilbao’s Top Cut. Tapu Lele seems to be on the rise since Sam Pandelis used it to make it to the finals of the 2017 World Championships, and the supporting duo of Garchomp and Celesteela is another popular combo that pairs very well with Tapu Lele. Alolan Muk is a surprisingly good Pokemon in the metagame right now. Knock Off plus the immense Poison-type damage Muk threatens with Gunk Shot is a deadly combination with all of the teams that rely on their Tapu and their items. Muk is a Pokemon I could see picking up more usage before the end of the 2017 format. 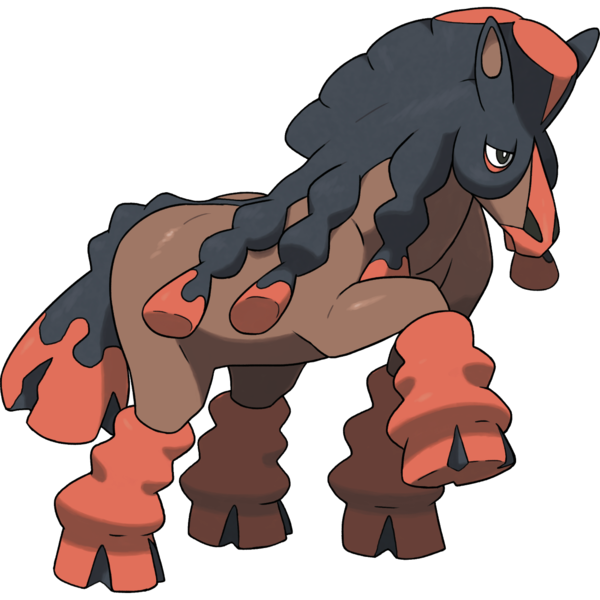 Runner-up Eduardo Cunha’s take on the classic double Tapu, Arcanine, Kartana, Porygon2 and *insert Trick Room attacker here* team archetype was far from standard. Cunha’s Tapu Fini played a hybrid of an attacker and a support Pokemon, being able to utilize both of its types offensively but also having access to Haze and Light Screen. Cunha opted for Mudsdale as his Trick Room attacker/Ground-type, and it was clutch in nearly all of his Top Cut matches. This Mudsdale decided against the popular Assault Vest item in favor of a pinch berry and the option to protect itself. This was an intelligent choice from Cunha, as many players will immediately see Mudsdale as a threat, and having access to Protect likely discouraged double targets into it.

Finally, I’d like to examine Barry Anderson’s and Ruben Pereira’s take on the Tailwind+Tapu Lele archetype. Anderson opted for a Fightinium Z Kartana with Swords Dance which likely claimed many KO’s on unsuspecting Porygon2’s looking to set up Trick Room. Pereira’s use of Magnezone was a great call for this tournament, even managing to rattle 2013 World Champion Arash Ommati in their Top 8 set. Ommati, being one of Europe’s top players, was able to beat Magnezone despite its great matchup.

Despite a lacking performance in Anaheim, Arash Ommati has made it to the Top Cut in every major European tournament in the 2018 season. Sitting comfortably at 525 Championship Points, Arash has almost double the amount needed for European Worlds invite and is currently number one in the world in the Championship Point standings.

If there’s anyone doing World Champion Ryota Otsubo’s team proud, it’s Ommati. While not the exact same team, the elements of Otsubo’s team are there in Ommati’s. The Whimsicott is able to set up Tailwind so Tapu Fini and Garchomp are able to start racking up KO’s, while Celesteela is a perfect defensive pivot for the team.

It’s unlikely that Ommati will deviate from this team for the remainder of the season, but once 2018 rolls around, he’ll be forced to change things up. You have to commend his unbelievable run so far in this very young season.

Labhaoisa Cromie recently joined the European commentary team with Bilbao as her inaugural event. Her existing chemistry with the rest of the returning cast definitely showed, and I think she did a great job in balancing analysis with play-by-play commentary. It’s always great seeing new commentators every now and again, and I’m sure she’ll be brought back on for London Internationals next month.

There have been a lot of post-Worlds events for the 2017 season and I’m sure we’re all getting a bit tired of VGC 2017, but Bilbao and Hartford proved that this metagame is still evolving. We continue to see the same old Tapu Koko, Arcanine, Celesteela and Garchomp, but its the new ways players are discovering to beat these consistent strategies that continue to make VGC 2017 fun to watch.

For those of you that are still bored of the format, don’t worry, we only have about a month until the release of Ultra Sun and Ultra Moon. London should be exciting though. Until then we’ve got a couple more North American events to cover so stay tuned for more of our coverage!