The MSI Rumble Stage is Going to…

The Best Week for Justin Fields to…

Keys To Success For Pittsburgh Penguins Against…

The beauty of a format like VGC 2017 is that even though there are common Pokemon, there are a ton of different viable moves. As the metagame develops, we’re likely to see move sets evolve beyond what we could’ve originally thought for some Pokemon. For this piece, we’re breaking down some unorthodox move options for the top ten Pokemon in the format right now (in terms of current Battle Spot and Pokemon Showdown usage).

Close Combat: If I were you, I wouldn’t consider your Fighting-weak Pokemon safe in the face of an Arcanine. Mainly since Close Combat is a move more common on Arcanine who carry the Choice Band. Close Combat gives Arcanine some valuable coverage against Pokemon like Gigalith and Snorlax who can hit Arcanine for super-effective damage. Probably not preferable over Wild Charge or Extremespeed on an offensive set foregoing a Choice Band.

Helping Hand: I expect Helping Hand to be on the rise in popularity for Arcanine’s divisive third move slot. It’s a flexible move that can work on both offensive physical attackers as well as bulkier special attacking variants. Helping Hand works best when Arcanine is on the field with a faster teammate who’s able to take out a threat with Arcanine with the extra boost.

Roar: Roar works better as a fourth move slot. What I mean by that is, since Roar is more common on bulky, support Arcanine that values moves like Snarl, Will-o-Wisp, and Flamethrower, you’ll likely choose Roar over a move like Protect. If your team struggles to handle Trick Room, an Arcanine with Roar could be a valuable surprise. 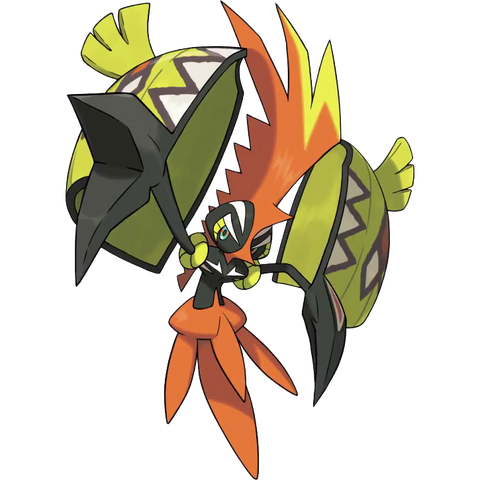 Sky Drop: A move that can work on almost all variants of Tapu Koko, Sky Drop can be useful for disrupting your opponent’s strategy. We’ve seen Sky Drop on Tapu Koko commonly paired next to a Trick Room setter, a strategy that effectively removes the Sky Drop target for two turns due to the reverse in speed order. Out of all of Tapu Koko’s lesser seen moves, this one has the most potential to appear in higher-level tournament play.

Nature’s Madness: The Island Guardian form of Super Fang is likely only going to be used on Assault Vest variants. A bulkier build of Tapu Koko can make better use of this move due to its longevity on the field. Nature’s Madness can be useful for dealing good damage to more defensive Pokemon, which can set up potential KO’s for Tapu Koko’s partner. A solid move, but a bit of an exclusive one.

Z-Move (Gigavolt Havoc/Twinkle Tackle): Paul Chua won a Regional with a Tapu Koko holding Fairium-Z, but I wouldn’t discount the Electrium-Z. Twinkle Tackle mainly serves to KO Tapu Koko’s tricky type-advantageous match-ups (Garchomp and bulkier Fighting-types). Gigavolt Havoc is boosted by the Electric Terrain which makes it a solid option for threatening huge damage on opponents who don’t resist it. I’d say Twinkle Tackle has more utility overall, but both are viable. 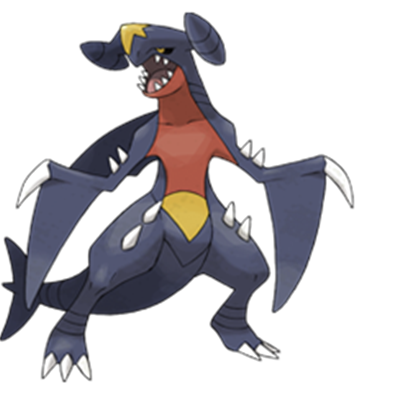 Dragon Claw: It seems like Garchomp’s typical move set has shifted to include everything but a Dragon-type move. Dragon Claw is really only useful in the mirror match. Since Garchomp is so common, it could be a useful move to have if Garchomp is a problem for your team though.

Flamethrower: I know Garchomp has access to Fire Fang, but I’m including this since I once fell victim to a Flamethrower Garchomp in tournament play. Fire Fang is probably the better call, but Flamethrower is not a bad option if you’re only using it for Kartana. Or if you’re really afraid of Intimidate.

Substitute: With the rise of Swords Dance’s popularity, I think it’s inevitable for Substitute to become an option for Garchomp. I would expect Substitute from a Garchomp on a team without Tapu Fini, as Misty Terrain would eliminate the worry of Garchomp being burned.

Thunderbolt: I think we all know how much Tapu Lele hates going up against Celesteela. Thunderbolt gives Tapu Lele a means of dealing with Celesteela. However, it would only be worth running on an offensive based set running likely a Choice Specs. Tapu Lele’s Thunderbolt doesn’t come close to KO’ing Celesteela otherwise, but Heavy Slam will easily squash Tapu Lele.

Psyshock: It’s surprising how Psyshock hasn’t become a more common option since a majority of the format favors Special-bulk. Psyshock is weaker than Psychic, but Psyshock calculates damage based on the target’s Defense, which most Pokemon don’t tend to invest much in. Makes Nihilego a lot more afraid of Tapu Lele.

Hidden Power (Fire): Tapu Lele would likely only be able to make use of this move if it had a way to out-speed Kartana. The favored item would be Choice Scarf, as a surprise Hidden Power could mean a quick, surprise KO on an opposing Kartana. 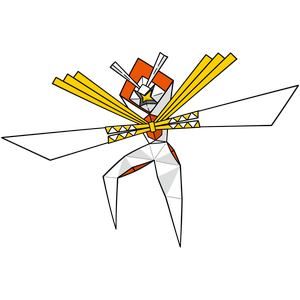 Night Slash: You will likely only see Night Slash on the increasingly more rare Assault Vest versions of Kartana. Although, with the increased usage of Marowak and Drifblim, Night Slash could make its way onto other sets.

Guillotine: An absolute troll of a move, but can be critical if executed. A One-Hit-KO move can easily win a game for Kartana, as it means the removal of a likely threat and an Attack boost. Only consider using this move if you really want to use it.

Bloom Doom: The Ultra Beast loves the instant KO power of Z-moves, and Kartana is no different. Grass is a not a common resist on most Pokemon in the format, but Kartana’s frail defenses make this a risky option. If used correctly, a Z-move from Kartana could be game-changing. 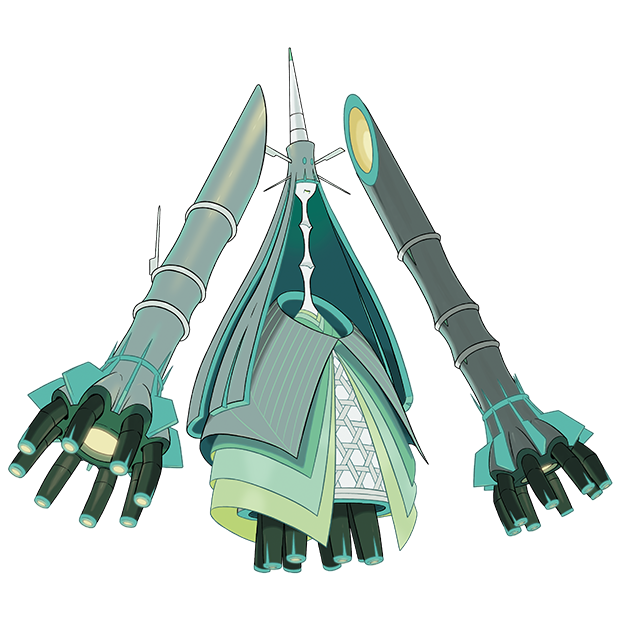 Wide Guard: If Leech Seed, Flamethrower, or even Protect suit your fancy, Wide Guard is a good choice as well. Wide Guard would mainly be for the benefit of Celesteela’s partner, since a majority of spread-moves in the format don’t hit Celesteela very hard (or if it’s Earthquake, not at all).

Flash Cannon/Air Slash/Giga Drain: I put these in the same spot since they are only meant to work with a Special-attacking Celesteela. These variants mainly opt for Assault Vest, but can work with other offensive-oriented items. Flash Cannon can also be used as a substitute for Heavy Slam on standard Celesteela.

Haze: Tapu Fini does get support moves, but they serve a very niche purpose. If Calm Mind doesn’t appeal to you, or if you’re really afraid of CurseLax or Eevee, Haze might be for you.

Swagger: Using Swagger on a physical sweeper in Misty Terrain will double their Attack without confusing them. An interesting strategy popularized by Wolfe Glick’s Top 8 run in Georgia, this gives Tapu Fini a much different role than the boosting, Muddy Water spammer that we’re all used to.

Heal Pulse: I think I’m starting to notice a trend, in that Tapu Fini’s less common move choices are support moves. This worked well with the Swagger strategy I mentioned. 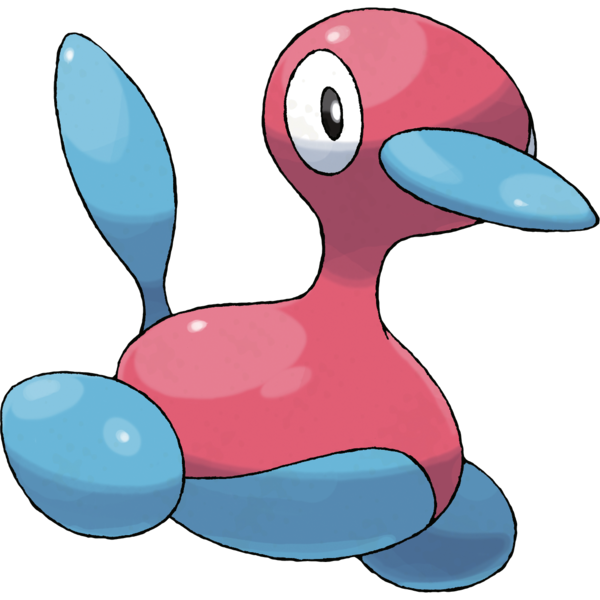 Toxic: Toxic was common on Porygon2 towards the beginning of the format, but has dropped off a bit since Tapu Fini’s popularity rose. A move like Toxic can instantly win a stall war if the opponent doesn’t have Toxic as well. Porygon2’s ability to take hits and recover its health make it an effective user of Toxic, but using it will make Porygon2 weaker to Taunt.

Shadow Ball: Another early-format choice for Porygon2 that dropped off in favor of other attacking options. With the rising popularity of Ghost-types like Marowak and Drifblim, Shadow Ball could be an anti-meta tech worth considering.

Protect: They never expect Protect on Porygon2. In a lot of weird scenarios, Protect can come in handy. Most players like to double-target Porygon2, only to have a wrench thrown into their plans when you reveal Protect. I don’t recommend this move for Best-of-Three play, but for Best-of-One Swiss it could win you some games. 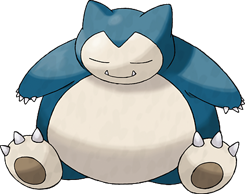 Wild Charge: If you hate missing High Horsepower or facing Drifblim and Celesteela, Wild Charge is a valid choice. Works great if you have a Tapu Koko on your team as well, though this does leave you much weaker to the Lightningrod infused Marowak.

Crunch: Speaking of Marowak, If you’d like a way to deal with it, here you go. However, much like Wild Charge, using this over High Horsepower does leave you weaker to things like Arcanine, Kartana, and Muk, to name a few.

Facade: A Snorlax without Tapu Fini would have a case for Facade. Since Drifblim’s Will-o-Wisp is a common answer for Drifblim+Lele teams to deal with physical sweepers, Facade does have a case for a move set in this stage of the meta game. In all other cases, Return/Frustration are the better attacks.

*Note* The difference between Showdown and Battle Spot’s Top Ten is between Ninetales and Gigalith. I’m giving the last entry to Gigalith due to higher recent tournament usage and diversity in its move set.

Heavy Slam: A less common choice for Gigalith that’s effective in dealing with Tapu Lele without the use of a Z-move. It also could be useful in a Gigalith mirror, but Earthquake is better for that, while also having more utility.

Wide Guard: Wide Guard can save Gigalith from being Garchomp food, while also making said Garchomp easy pickings for Gigalith’s partner. It can be a game-saving move, but can be played around if your opponent is experienced.

Explosion: If Gigalith is able to get a last-ditch attack off before it goes down, Explosion has a utility. On a standard Gigalith, I probably wouldn’t use this move due to its underwhelming damage potential. Could be useful on a Choice Band Gigalith if you decide to go that route.