Once again, Japan has delivered quite the interesting take on the current VGC after the recent National Championship tournament. Last year, the buzz was all around how Tsareena, a Pokemon that no one expected in the 2017 format, managed to win a national-level event. This year, the trend of unique Pokemon winning Japan’s National Championship continues with Nidoqueen claiming the spotlight.

Let’s take a look at the many innovative strategies that defined the top level of Japanese play, and how they may inspire change in the 2018 metagame.

Show Me Your Moves!

One of the biggest showings of diversity in the Japanese metagame were the interesting move choices on popular Pokemon. The players who decided to stick to the VGC 2018 standard weren’t as close to it as you might think.

Kyoshirou Arai hopped on the Nihilego bandwagon that’s been accumulating a lot of fans as of late. Though, they decided for a bit of a classic approach to the commonly speedy Ultra Beast. Taking a page right out of the late 2017 metagame, Arai’s Nihilego was a slower, more defensive variant carrying Trick Room to give their slower Pokemon the speed advantage. As we’ve seen so far in its brief competitive existence, Nihilego immediately turns into a huge threat if it moves first.

Hijito Kahara had one of the most unique teams out of the Top 8, and that creativity even extended to their use of Incineroar. Most Incineroar like to carry a Dark-type move to benefit their offensive STAB coverage, but Kahara decided to drop the Dark-type move for Stomping Tantrum. An odd choice for sure, but this move gives Incineroar a much better matchup against Pokemon like Heatran and Nihilego, both of which can hit Incineroar super-effectively with Earth Power and Power Gem.

Speaking of Heatran, Tomohiro Seki surprised opponents with a powerful coverage option that accompanied a held Z Crystal. Seki’s Heatran was able to use Bloom Doom off of Solar Beam which is an effective coverage option to deal with opposing Water-types that normally feel safe when they’re facing against a Heatran. Solar Beam makes sense for Seki’s team that also featured a Mega Charizard Y, which could set up the sun for subsequent uses of Solar Beam without recharging.

It makes sense for these players to opt for non-standard move choices to catch the opponent by surprise, considering the Japan National Championships have best-of-one Swiss rounds before the Top Cut.

It was Nidoking that first appeared under the international spotlight at the Oceania International Championships. Now, the king has been replaced by his queen. One of the ongoing storylines that many players were excited about was a team featuring Nidoqueen that was dominating the first day of competition. Lo and behold, that very team managed to win the entire tournament.

Much like Nidoking before her, the Nidoqueen featured on Hirofumi Kimura’s winning team focused on the duo’s amazing offensive type coverage. The Nido duo covers a lot of the metagame’s prominent Pokemon with a moveset of Earth Power, Sludge Bomb and Ice Beam. Under ideal conditions, Nidoqueen can handle Mega Metagross, Landorus-Therian, Incineroar, and even all four of the Island Guardians with just one shot. These attacks work amazingly with Nidoqueen’s ability Sheer Force, which cancels out secondary effects in exchange for a boost in power. This ability also negates the recoil of the item Life Orb, which gives yet another power boost for no drawback.

After reading all of that, you might be thinking: “Why haven’t these two been dominating the 2018 metagame?”

Well, the truth is that these Pokemon are kind of tricky to use. Both Nidoqueen and Nidoking have very low Speed and poor defensive typings, leaving them vulnerable to many of the common Pokemon that they can also beat. Kimura was smart putting both Icy Wind and Tailwind on his team. These moves allowed Kimura to lower his opponent’s Pokemon’s Speed stats, ensuring that Nidoqueen could come in and start claiming KOs.

After two big showings at the national level, this likely won’t be the last time we hear from Generation One’s royal couple.

Even though we just saw a Mudsdale do well at Madison Regionals in North America, Hijito Kihara had a different approach to his trusty steed. One of Mudsdale’s defining attributes is its signature ability, Stamina, which increases Mudsdale’s Defense by one stage every time it takes a hit. However, this Mudsdale’s ability was Inner Focus, making so it wouldn’t be susceptible to flinching. Many players might scratch their heads at this ability choice. However, not being able to flinch makes Mudsdale an incredible lead to counter the popular Incineroar leads, as it can also shake off Intimidate with it holding the Choice Band.

We might be seeing the rise of another Ground-type in the late 2018 metagame. 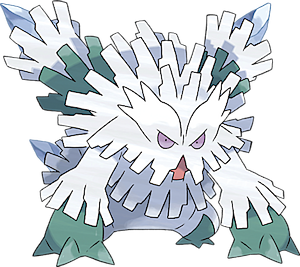 Now this is a new one. Rarely have we seen dedicated Trick Room Mega Evolutions succeed outside of early-format Mega Camerupt. But now, Mega Abomasnow has national-level success.

Abomasnow is a fantastic niche Pokemon on paper, since Grass and Ice-type moves offer great coverage. However, its low speed and awful defensive typing make it a lesser niche pick. On the other hand, Mega Abomasnow has an extra power boost and lower Speed. This makes it a potent Trick Room sweeper under the right conditions. Unless you’re a Steel or Fire-type, Mega Abomasnow can probably take you on under Trick Room.

Like Mega Tyranitar and Mega Charizard Y, Mega Abomasnow has the ability to reset the weather on the field once it Mega Evolves making it a solid counter to Rain teams.

Those looking to follow Hijito Kihara’s example and use Mega Abomasnow should consider using it as a secondary Mega Evolution for matchups where it can excel.

Forget Tapu Fini, here’s a Water/Fairy type that can do just as well without a Terrain-setting ability. So far, the only Alolan starter Pokemon to see play in VGC has been Incineroar. But now, Primarina has shown that it can also hang at the top level of VGC play.

This Primarina carried typical coverage for its typing with Hydro Pump and Moonblast, but its role on Masayoshi Ichigi’s team was to set-up Perish Song. “Perish Trap” is a strategy that hasn’t seen much play this season, but teams that utilize either Gothitelle or Mega Gengar have carried it as a late-game win condition. Perish Song has solid synergy with the combination of Mega Gengar and Kommo-o since Kommo-o’s Soundproof makes it immune to the sound-based Perish Song.

Most players seem to still prefer Tapu Fini and Incineroar, but don’t sleep on Primarina if you see it in Team Preview. 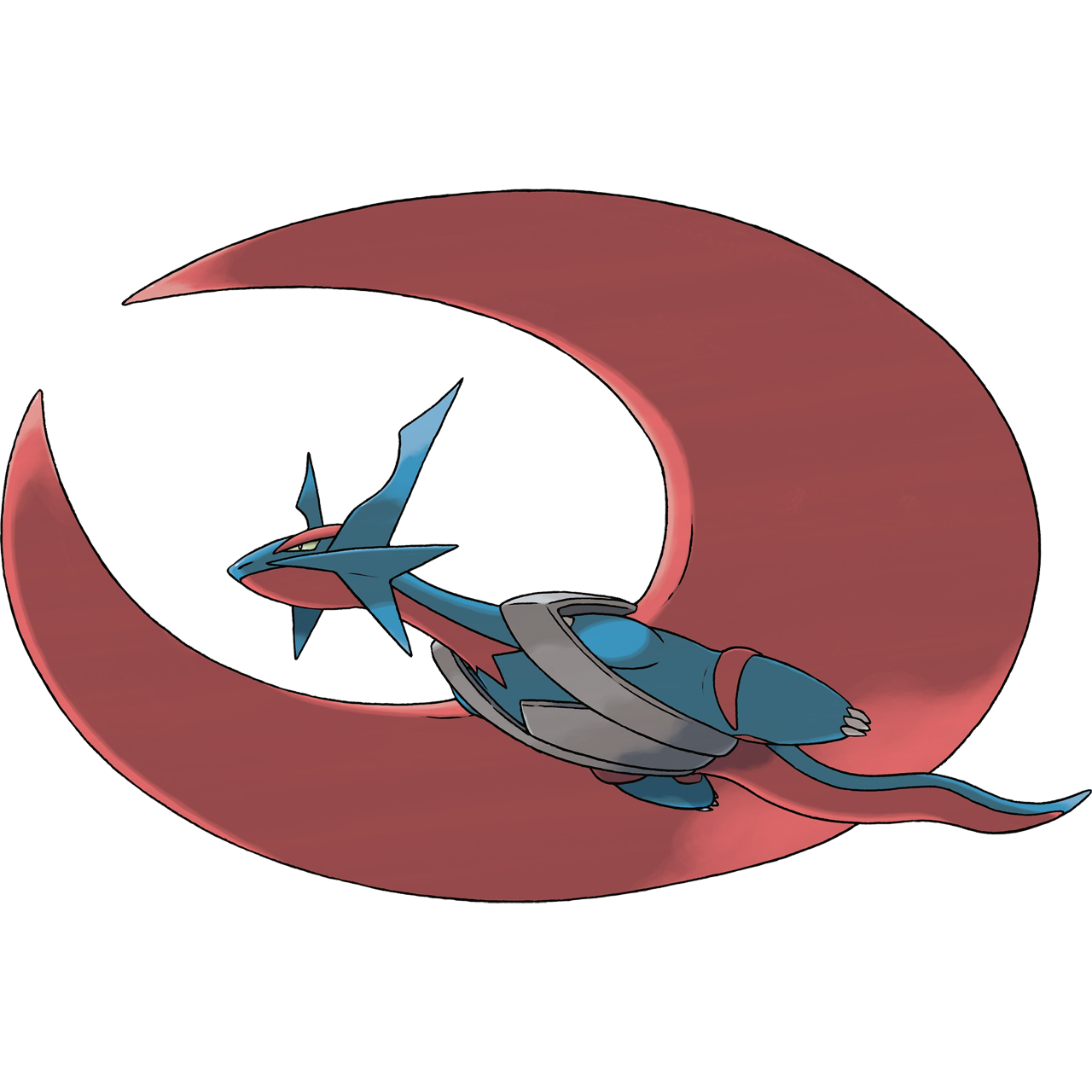 While Mega Salamence isn’t exactly different or unique, it hasn’t dominated a major event like this all season. While other popular Mega Evolutions like Charizard, Kangaskhan and Gengar appeared in the Top 8, Mega Salamence was clearly the favorite among Japanese players.

Some preferred Tailwind, some preferred Dragon Dance, but most Mega Salamence carried Roost as a means of sticking around much longer. Mega Salamence’s usage has dropped pretty significantly ever since Incineroar got Intimidate. Even though Intimidate is everywhere in the VGC metagame, Japan has proven that Mega Salamence still has a place at the top of the VGC 2018 metagame.

Once information gets out about what does well in Japan, many players get inspired by the creativity of this dominant nation in competitive Pokemon. This year will be no different, in that regard. However, the diversity in Pokemon, moves, and items seems typical for the Japanese metagame, but small changes to popular Pokemon rarely catch on in the Western metagame.

However, that doesn’t mean the West won’t take anything away from the Japanese metagame. Mega Salamence has proven that it can outperform the rest of the big Mega Evolutions in the format. It will likely see more play at the upcoming North American International Championships.

As for Mega Salamence teams, we can expect many players to be practicing with Mudsdale and Nidoqueen, considering their presence has been made known by one of the biggest overseas tournaments of the season. Perhaps players won’t simply emulate, but amend and change these teams to suit a more westernized metagame. Thus, even newer strategies may be born.

We’ll just have to see how the Japanese metagame translates onto Western players, and how it develops among Japanese players going into the 2018 World Championships.