A new development in the 2018 metagame that’s been causing a stir among players is the resurfacing of the infamous CHALK archetype. CHALK is simply an acronym that stands for the Pokemon that typically make up this team: Cresselia, Heatran, Amoonguss, Landorus-Therian and Mega Kangaskhan. This team became infamous for dominating the Top Cut of the 2015 World Championships, comprising six of the eight teams. Just three years and a generation later, a lot has changed for this once dominant team. 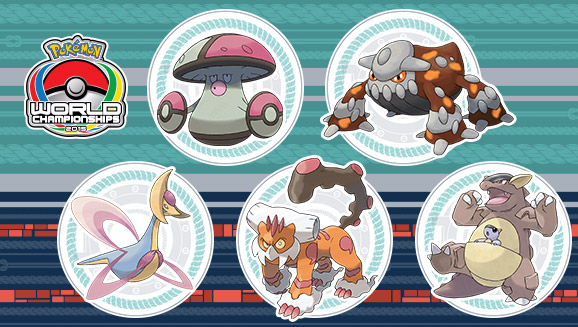 While not all of the teams in the Top 8 of the 2015 World Championships looked exactly alike, there were many common threads. Mainly Mega Kangaskhan and the presence of both Landorus-Therian forme and Thundurus-Incarnate forme.

Mega Kangaskhan was the undisputed best Mega Evolution for the three years that spanned VGC in the sixth generation games. Its ability to support with Fake Out, deal huge, multi-hit damage with Parental Bond and its other fantastic stats made this Pokemon difficult to deal with. Mega Kangaskhan teams defined the “standard” back in the day, though Mega Kangaskhan was so good that it could be placed on a number of different types of teams. Its most common partners of course were the ever-frustrating genie combo.

The combo of Landorus-Therian and Thundurus-Incarnate was almost as splash-able as Mega Kangaskhan. For those who currently play the 2018 format, you’re probably already familiar with how dominant Landorus is, but just be glad that you don’t have to deal with the other genie. Thundurus’ game was all about support, but in the scummiest possible way. With its Prankster ability, Thundurus had priority with moves like Thunder Wave and Swagger to prevent the opponent from moving at all costs. Paired with Landorus’ common Choice Scarf Rock Slides and cycling Intimidates, and this combo could win games by itself.

The third defining aspect of CHALK is the terrifying Trick Room trio of Cresselia, Heatran and Amoonguss. Cresselia’s natural bulk has made it the defining Trick Room in VGC, and arguably one of the best VGC Pokemon of all time. Cresselia was so dominant that many teams at 2015 Worlds ran Pokemon like Tyranitar and Aegislash to hit opposing Cresselia for super-effective damage. Heatran makes a great partner for Cresselia as it can thrive under Trick Room with some added support from Cresselia. In addition to Trick Room, Cresselia commonly used Skill Swap in order to eliminate Heatran’s x4 weakness to Ground by giving it the Levitate ability. Also, many Cresselia carried Sunny Day as a means of further boosting Heatran’s Fire-type attacks (unless you were 2015 World Champion Shoma Honami who decided to put Sunny Day on Amoonguss).

Speaking of Amoonguss, this Pokemon was even better in the days before Generation 7. Re-direction with Rage Powder, a 100% accurate sleep-inducing move in Spore, amazing bulk combined with a great defensive typing, and above all, the ability to heal upon switching out with its Regenerator ability. With it being such a slow Pokemon, Amoonguss thrived under Trick Room, throwing out Spore’s left and right while it took attacks away from Heatran and Cresselia. Amoonguss also helped out Kangaskhan quite a bit, as it helped Kangaskhan set-up more easily with Power-Up Punch.

Fittingly, the most standard construction of CHALK ended up winning the 2015 World Championships with Shoma Honami. But like I said earlier, a lot has changed. It seemed like this kind of team would never come back to prominence, but we might’ve been only slightly right.

What a difference three years makes

Before we get into the newcomers, let’s revisit some of the Pokemon that have either changed or left the team completely.

Where to begin with this one. The downfall of Thundurus came at the nerfing of Thunder Wave and Swagger. Thunder Wave isn’t guaranteed to hit anymore with it now only being 90% accurate, and being paralyzed only halves a Pokemon’s speed rather than quartering it. Swagger’s accuracy was bumped down to 85%, and now the chance for a Pokemon to hit itself from Confusion is only 33% of the time rather than it being a 50/50.

Without its main means of support, Thundurus fell behind the greater power and support capabilities of Pokemon like Zapdos, Tapu Koko and its Therian forme. Combine that with the fact that status in general was nerfed with the introduction of Tapu Fini and the prevalence of Misty Terrain. Thundurus simply couldn’t keep up, and its days of annoying opponents by immobilizing their Pokemon were gone. 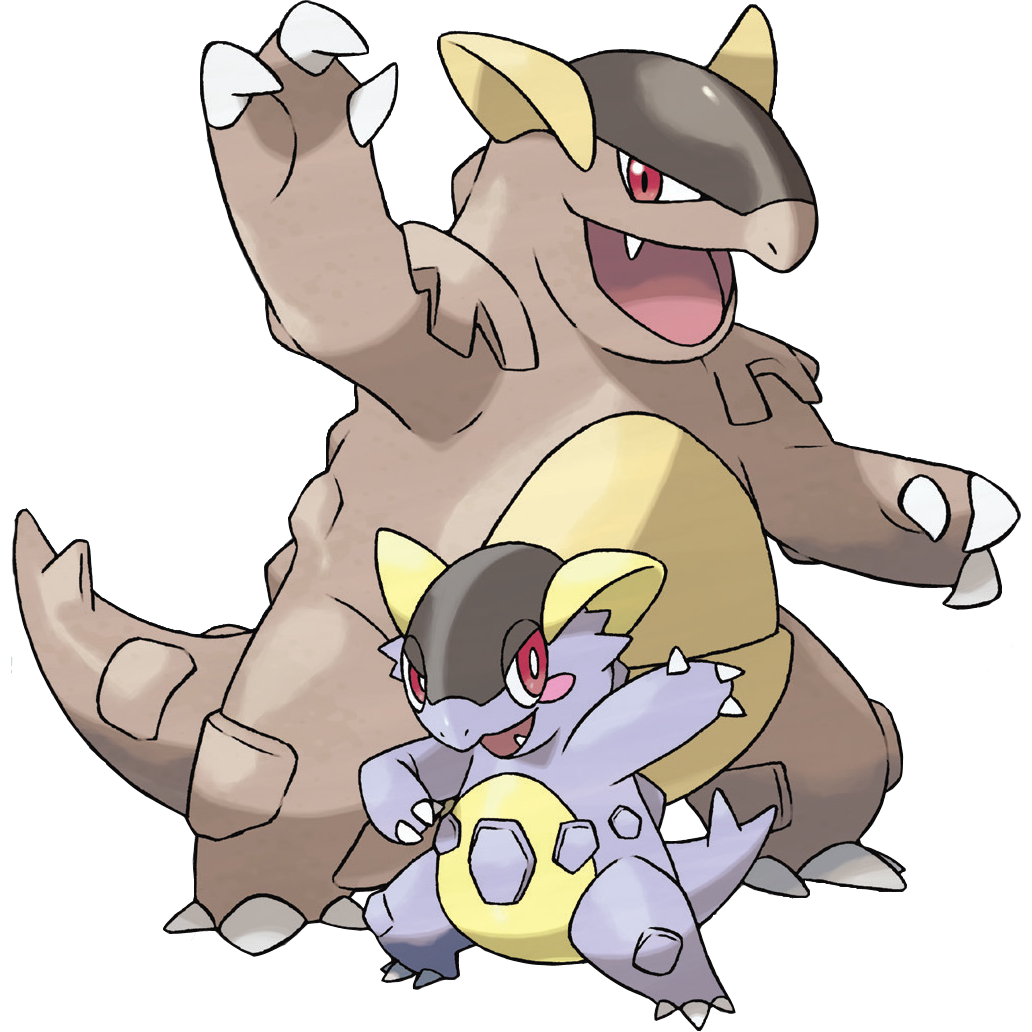 Another Pokemon that took a whole bunch of nerfs was the once reigning tyrant known as Mega Kangaskhan. Parental Bond was nerfed so that the second hit only does 25% of the first rather than 50%. Due to the nature of the VGC formats only allowing Pokemon caught/bred in the most recent generation, Mega Kangaskhan lost access to Power-Up Punch when it was no longer a TM move. Heck, even the utility of priority moves like Fake Out and Sucker Punch has dropped significantly since the introduction of Tapu Lele and Psychic Terrain (and because Sucker Punch’s base power was lowered in this generation).

Losing all of this made Mega Kangaskhan’s status as a threat in VGC drop significantly. It simply just didn’t hit as hard as it used to, but even with the nerf to Parental Bond, Mega Kangaskhan still does considerable damage. Losing moves like Sucker Punch have opened Mega Kangaskhan’s diverse movepool that had remained somewhat unexplored until 2018. Moves like Ice Punch and Low Kick round out a Normal-type attacker’s movepool rather nicely in the current metagame.

Despite the nerfs, Mega Kangaskhan isn’t done yet.

These two have remained pretty much the same generally, but their roles on this team slightly differ. Cresselia still focuses on support, but now likes to carry Icy Wind for speed control. With the faster feel of the team, it makes sense for a type of speed control that can benefit the entire team rather than just a mode of it. Also Cresselia likes to make use of the terror move of 2018 known as Ally Switch which can destroy the mind of your opponent once you reveal it. This Cresselia likes to go on the offensive too as some carry the Psychium Z along with Calm Mind in order to remove threats like Mega Gengar and Amoonguss.

Heatran remains in the attacker role, but just with some extra speed to align with the use of Icy Wind. The third move slot can remain as Substitute like in years past, but many Heatran on this squad like Roar as a means of disrupting opposing Trick Room.

Unlike Thundurus, Cresselia and Heatran are up to speed with the current metagame.

Now, for the newcomers:

I left Amoonguss out of this category since we’re going to be discussing its replacement: Kartana. Amoonguss just doesn’t support this kind of team as it has no Trick Room and a Mega Kangaskhan that can’t boost its Attack anymore. Plus, even though Amoonguss is still a fantastic Pokemon in the 2018 metagame, spamming spore is much more tricky with Tapu Koko and Tapu Fini running around.

Anyway, back to Kartana. The Kartana on this team is not like most you see in VGC 2018. This Kartana carries the Assault Vest meaning it is restricted to only attacking moves with it getting a boost to its Special Defense. Instead of going all “hyper offense” with Tailwind, this team likes to go slower and Kartana adapts to that style as well. Even with some more investment into its bulk, Kartana can still go on a roll with boosting its Attack with Beast Boost. Especially with the Assault Vest allowing it to expand its move coverage for more easy KO’s.

The Island Guardian that embodies balance more than any is none other than Tapu Fini. Rather than spreading status with Thundurus and Amoonguss, the new CHALK seems to discourage status effects by introducing Misty Terrain to its ranks. This is just a sure-fire way of preventing things like burns onto Mega Kangaskhan which can inhibit this team a lot. The most common type of Tapu Fini on this team is the Choice Specs variant, but the Calm Mind set can work considering Mega Kangaskhan can support other set-up with Fake Out. If you want to get crazy, you could try a self-Swagger strategy in order to buff up your own Mega Kangaskhan since confusion doesn’t occur while in Misty Terrain. I advise this strategy to be used at your own risk since Swagger is even more unreliable than it was before Sun & Moon.

With it’s success overseas and recently at the Roanoke Regional Championships in America, the new CHALK archetype looks poised to take over VGC 2018 right? Well, not exactly. This team has been in circulation for months, but it hasn’t dominated the metagame like the CHALK of late 2015. It might not be as borderline broken as the team was back in 2015, but it’s a consistent and reliable team composition that requires a lot of strategy to play. Instead of having to rely on Rock Slide and Swagger+Thunder Wave, you now have… Ally Switch. Maybe there’s still some cheese left after all.

But in all seriousness, the new version of the CHALK archetype looks to finally have a solid foundation in VGC 2018, but it remains just one of the many viable teams out there. And much like those already established archetypes, CHALK will only evolve and be further perfected as we begin the final stretch of the 2018 season.

Let’s just hope we don’t get board of CHALK too quickly.