Best Primetime Games of the 2021 NFL…

Worst Primetime Games of the 2021 NFL…

What are the Hero Bans for the…

Full 2021 NFL Schedule for Every Team

Betting on Yourself: The Fascinating Development in…

The Houston Outlaws: The Good, The Bad…

In a wave of newly released information for Pokemon Ultra Sun and Ultra Moon, the official Play! Pokemon rules document received some updates that have gotten the community’s attention. According to an update to section 2.2 players cannot enter official tournaments with a modified 3DS system; meaning 3DS systems with capture cards are not allowed for tournament use. Many members of the community are outraged at the implications of this rule, but there is a possibility that this ruling could be totally harmless.

Before that, a quick update regarding our last piece

In our last article, we discussed a potential scenario where staple legendary Pokemon would not be allowed in the upcoming 2018 format. In a hilarious twist of irony, today a trailer was released confirming the return of every single legendary Pokemon in Pokemon Ultra Sun and Ultra Moon.

The speculation was fun while it lasted, and some of the analysis present in that piece is still relevant to a format where these Pokemon are allowed. While it’s not exactly accurate anymore, it’s still worth a read (in my completely unbiased opinion).

“Section 2.2: Players should ensure that game systems with which they enter Play! Pokémon
tournaments are unmodified. Players found to be using modified systems may be subject to
disqualification and subsequent disciplinary action.”

-Taken from Appendix B of the official Play! Pokemon VG Rules document

What this ruling implies is that any 3DS system that has been modified in any way is not eligible for use in any official tournaments. This makes sense considering modified systems could indicate that a player has the means to alter their game state which is also prohibited.

What’s not clear is to what extent does the “modification” criteria go? Does this accommodate players with extended battery packs or are all modifications prohibited? One thing that’s for certain about this criteria is the outlawing of 3DS systems with installed capture cards.

Since there is no official hardware or software able to record game play from a 3DS, many content creators have resorted to third-party capture cards that must be installed into the system in order for both screens to be captured. In the most traditional sense, this would be considered a modification, and thus, prohibited from tournament use. The problem here is that local tournaments, as well as unofficial streamers, rely on this hardware in order to stream and record matches from smaller tournaments and larger tournaments without official coverage. The implication of this ban means that the use of 3DS systems with capture cards will be outlawed from tournament use entirely.

The rule does not specifically say that these modifications would be banned from tournaments entirely. It only says that players may not enter official Play! Pokemon tournaments with modified systems, and technically systems used to stream are not entered into the tournament.

There’s one problem though.

Technically, the systems being used to stream would be used by players during the tournament, so we have yet another area of ambiguity. Does this qualify as an “entered” system or consoles that are used for streaming outside of the tournament jurisdiction? Unless we get some sort of confirmation, we just don’t know. 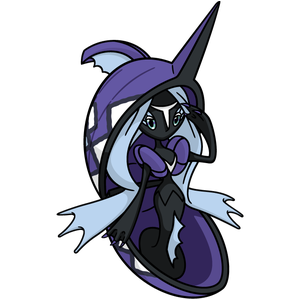 This rule isn’t exactly relevant to the previously mentioned one, but it is very important for those who are competing in any of the final 2017 format tournaments after Pokemon Ultra Sun and Ultra Moon’s release.

– Taken from Appendix B of the official Play! Pokemon VG Rules document

We already knew that move tutors were coming back, but this rule came as a bit of a surprise. Basically, moves only accessible via the move tutors in Pokemon Ultra Sun and Ultra Moon cannot be used by Pokemon that are currently usable under the 2017 rules. This was a rule not enforced back towards the end of the 2014 season, as move tutor moves accessible in Omega Ruby and Alpha Sapphire were allowed in VGC 2014 tournaments after the new games were released.

It’s reasonable why this rule would be in place, to keep the remaining tournaments under the same restrictions as the rest of VGC 2017. Having to learn, and more importantly get access to, the new tutor moves would be a daunting task for some in just under a month. I guess we’ll just have to wait until January for Tapu Fini to get Icy Wind.

In regards to our main point of discussion, does this new ruling mean the end of grassroots streaming content? I would say no, but at this point we have no official statement regarding the issue, so I honestly don’t know. I hope that the Pokemon Company realizes how much damage they would do to the competitive scene if this rule outlawed 3DS systems with capture cards. Stream coverage is already incredibly scarce in the scene, and hitting local streamers would only further inhibit the growth of the game. All we can do now is wait and see if TPCi will make the right choice.

Pangolier build to crush your pubs