The seventh generation introduced new speed mechanics for Mega Evolution, potentially allowing some new Mega’s to share the spotlight for the upcoming VGC 2018 format. By now we’re all familiar with Kangaskhan and Salamence, whose Mega Evolutions dominated the 2014 and 2015 formats. Since then, their abilities (Parental Bond and Aerilate respectively) have taken a welcome nerf to their damage output, offering some well-needed balance for the game.

Two Mega Evolutions that gained a huge buff due to this change were Swampert and Metagross. In addition to the speed buff, Mega Swampert and Mega Metagross have also benefited from favorable additions to the game as well as metagame changes that have skyrocketed their viability. This is why these two lesser-known Mega Evolutions should be on every player’s radar come 2018.

Mega Swampert gains the ability Swift Swim upon Mega Evolution, allowing it to double its speed in the rain. With the addition of Drizzle to Pelipper’s list of abilities, Mega Swampert has gained a rather helpful partner. Pelipper helps Swampert deal with its terrible matchup versus Grass-types while also being immune to Swampert’s Earthquake.

The Battle Spot Doubles metagame is the prime format to test for VGC 2018, and this metagame favors Mega Swampert heavily. New powerhouses like Tapu Koko and old ones like Landorus and Heatran will easily drop to any hit from Mega Swampert, and there are a bunch other Pokemon looking to avoid rain-boosted Waterfalls. Of course Mega Swampert won’t be able to steamroll the format due to the presence of Pokemon like Ferrothorn and Kartana, but its matchup is great against the current field.

I know I’ve already talked about the changed speed mechanics, but Mega Swampert in particular has a neat trick you can pull off with its ability. Say you have a normal Swampert on the field with your Drizzle user (either Pelipper or Politoed) in the back. You can switch into your rain-setter which will set the rain up upon switch in, and then Mega Evolve your Swampert in order to get the Swift Swim speed boost right away. This works because since Mega Evolution now recalculates speed upon Mega Evolution, if rain is set up before Swampert Mega Evolves, the speed stat will recalculate with the speed boost from Swift Swim. Whether or not this was an oversight on the developer’s part is beyond me, but how cool is that? 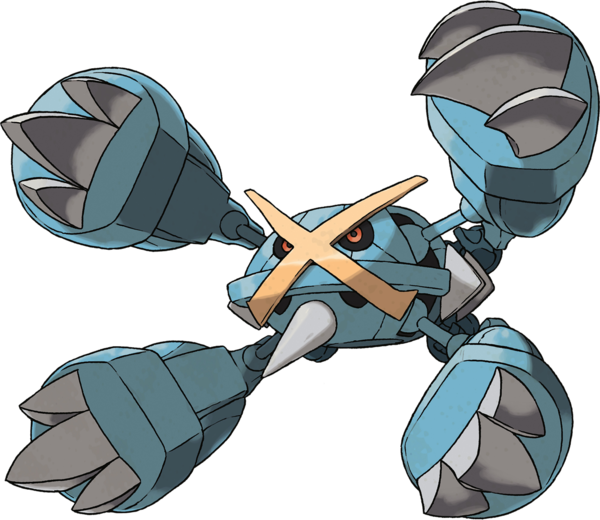 Unlike Mega Swampert, Mega Metagross actually had some early-format success back in the days of the 2015 season. However, one thing that always held Metagross back was that lack of speed it had on the first-turn after Mega Evolving. Now, Metagross gets that huge 40 base point speed boost immediately. Needless to say, Mega Metagross just got a whole lot better.

Like I said, there are other factors that played into Mega Metagross’ favor outside of the immediate speed boost. With the introduction of the Tapu Pokemon, Fairy-type usage is at an all-time high, which Mega Metagross loves. With the increased base attack stat, Tough Claws ability and a favorable type matchup, Mega Metagross can potentially one-hit-KO three out of the four Island Guardians (with the exception of Tapu Fini who’s just too bulky). Speaking of the Tapu, there’s synergy there too.

Mega Metagross and Tapu Lele seems like a match made in heaven. Both are fast and can hit like trucks on both the physical and special side. Psychic Terrain turns Mega Metagross’ Zen Headbutt into something that may not even count as a “resisted hit” for some Pokemon. Basically, it’s almost too much damage. Also, one of the major annoyances for Mega Metagross known as Sucker Punch not only received a base power nerf but also can’t be used in Psychic Terrain since it’s a priority move. Slap a Hydreigon with these two and you’ve got yourself a solid core and half of a potential World Championship-winning team. Oh also being a Steel-type makes Mega Metagross a solid choice for a rain team, just saying.

With the major nerfs to dominant Mega Evolutions, the conditions seem perfect for previously ignored Mega Evolutions to slide into the spotlight. It’s hard to believe that the likes of Mega Salamence and Mega Kangaskhan could be dethroned, but Mega Metagross and Mega Swampert have already made a strong case for their spot in the top five Mega Evolutions going into the 2018 format. There’s a lot of change coming once the format switches over on January 1, 2018, and what a fun format 2018 is shaping up to be.

Featured Image(s) from the Pokemon anime