The first event of the 2017 Halo World Championship season is this weekend, January 20th-22nd! UGC St. Louis, while not awarding spots for the HWC Finals, will still be important to teams, as it serves as seeding and LAN practice for HCS Las Vegas, which will award HWC spots. Let’s take a look at my predictions for what the top eight teams will be come Sunday!

Luminosity’s first dive into Halo ended with a 5th place finish in the Fall Season. Their new squad, while not necessarily worse, has much more fearsome competition to contend with. With eL TowN and Victory X bringing excellent support and objective work to the roster, their main concern will be slaying power. TriPPPey has proven himself to be very competent in this area, but his performance against higher-seeded pro teams remains unproven. This team should be able to dispatch teams outside of the top eight with relative ease. If Ninja can step up and be the jaw-dropping slayer we all know he can be, this squad can easily do even better. But with a 0-8 scrim record against other teams on this list, I’m not sure this LG squad can pull it off.

This tournament will serve as practice more than anything for Luminosity. They need to learn how to work together well and build a camaraderie outside the game. I fully expect their scrim scores to improve following this event, but I’m not sure I see them breaking into the top six before HWC Las Vegas.

I have a hard time saying that Renegade is an upgrade from Kevin “Eco” Smith. Both are great power slayers, but I feel Eco just slightly ekes out Renegade in most if not all categories. The advantage that Str8 has however, is that this team already has some previously built-up chemistry. Renegade played with Str8 before they were able to pick up Eco over the transfer period. Even with this, the team is not necessarily worse, but the competition has far improved from last season.

When it comes to scrims, Str8 has beaten Luminosity by only one game. However, the reason I put Str8 above LG on this list is because they have consistently done better against other rosters than LG. For example, both teams have scrimmaged the new Team Allegiance: Str8 lost the scrim 8-5, while Luminosity lost it 11-2. This sort of scenario has repeated itself multiple times with several different teams, and in most, Str8 comes out better than LG. UGC to this team will be about continuing to build their chemistry and seeing where they truly stack up against other top contenders.

This is where things start to get especially close. The new Allegiance roster will have to fight through the open bracket, but once in the champ bracket, they’re sure to start making it farther down the rankings. This squad has three top-tier slayers and an excellent objective player.

This squad can very quickly switch places with any team in the 3rd-6th spots. In scrims, this team has lost to OpTic Gaming by only one game, and has also split scrims with both Team EnvyUs and Team Liquid. While LAN results may differ, this team could be without a doubt a top four contender, assuming Spartan kicks up his game to a near-insane levels like he did at the Fall Finals. UGC will provide solid practice to see if this new roster can play well together and to see if their online results translate over to LAN.

Now, to be clear, if this was an online qualifier, EG would most likely be in 7th or 8th place. But this is LAN. It has been proven time and again over the past decade that the the Brown twins are not to be tested at a live event. Throw in ContrA and PreDevoNatoR, another two players who have proven to be far superior on LAN to online. With a similar mix of play-styles to the EG team that dominated Halo 2: Anniversary, the potential of this squad is through the roof.

Despite this, numbers don’t lie. EG has lost all but one scrim out of the nine they’ve played. Despite this, they’ve taken a fair amount of games from both OpTic, EnvyUs, and Liquid. However, LAN EG is a completely different beast. During HCS Las Vegas last season, EG was able to take EnvyUs to a game five, pushing what virtually all view as a top two team to their absolute limits; and I’d say this squad is stronger. All of these players on LAN can far outdo themselves online, and as a fan of EG since they returned to Halo in 2014, I can’t wait to see what this team can do. UGC will serve as excellent practice for this squad, as they have not played on LAN since that Vegas event. However, teams that are absolutely brimming with talent are what is holding this team from joining the top four.

Be sure to give Bubu your Dubu this weekend, because he and Shooter are not going to be playing nice at this event. After being (for lack of a better word) screwed out of a Pro Bracket spot by their former teammate, these players are going to be hungry. Most of the attention is going to young-gun “Shotzzy,” a player who is so new and unknown that I can’t, for the life of me, find his actual name. He formed a duo with another young player to win several Team Beyond 2v2 tournaments, which included knocking out some pros. His movement and slaying power is already up there with the best, and he doesn’t even have a driver’s license yet. This team also won the NA placement cup prior to UGC and is in prime position to get into the top four. This squad has insane slaying power, led by Bubu’s clutch plays and top-tier objective work.

Scrims have gone very well for this new squad, including a 12-1 victory over Luminosity. They have also split games with both Liquid and Envy. However, the one thing holding them back from top three, is ironically Shotzzy. As far as I know, he has not played at any LAN events. This lack of experience can be detrimental to the squad, as his performance under pressure has not yet been tested. If Shotzzy holds up, this team is right up there with OpTic and Envy. Shotzzy’s performance will no doubt be a focal point for all teams this weekend at UGC. With this is the ongoing situation with this squad and the Pnda Gaming squad. If these two meet, I can only hope for the following scenario to be true: 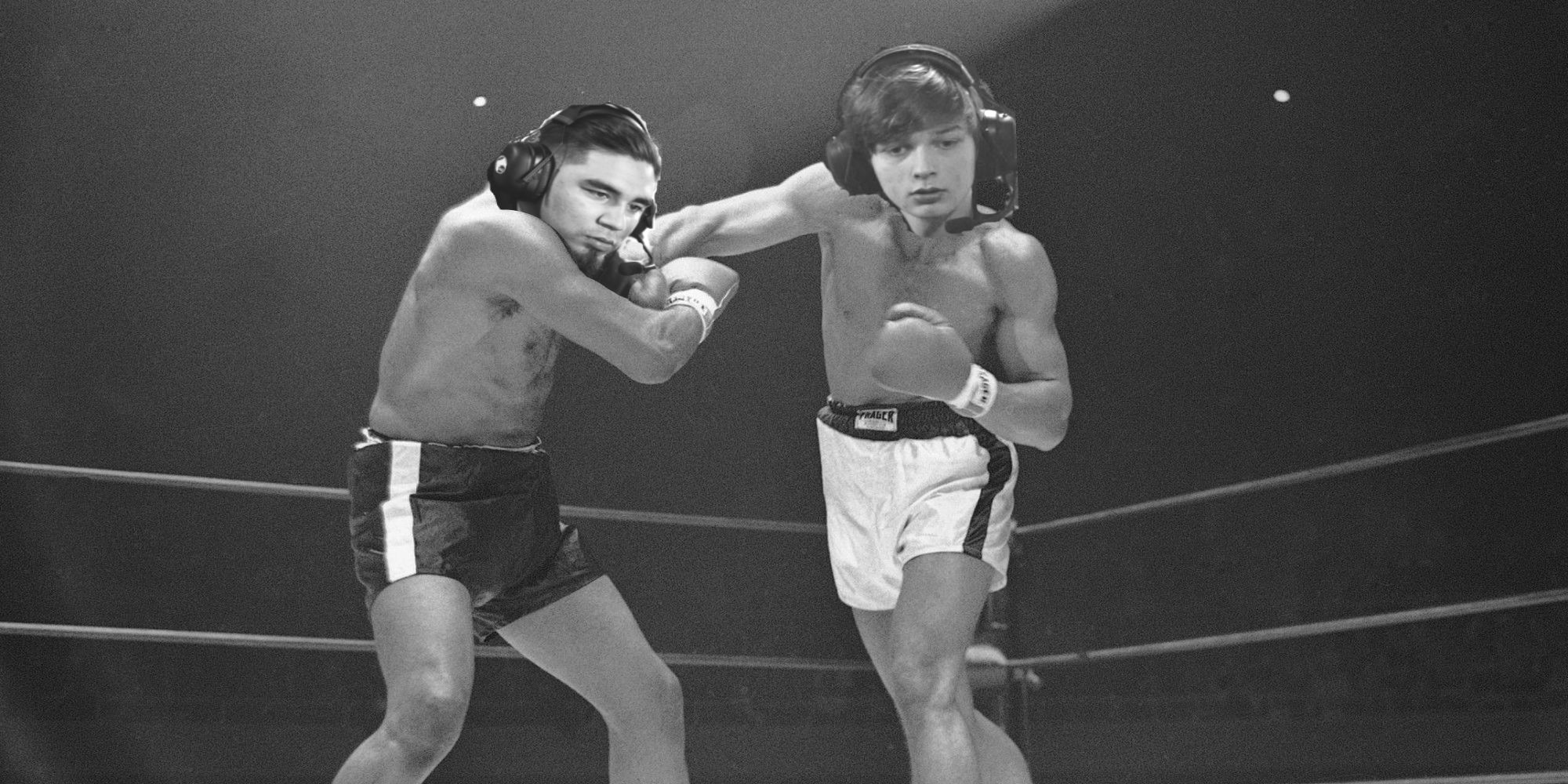 Bubu Dubu knocking out Carlos “Cratos” Ayala. Courtesy of “Craneteam,” from the Team Beyond Forums.

If you asked me to throw together the most talented pro players who were not on Envy or OpTic, this is probably the squad I would come up with. A squad of all relative newcomers. Rayne and Penguin have been an amazing duo since first seen on LAN at NA Regionals last year. Rayne provides excellent support play, StelluR is one of the best main-slayers in the league, and both Penguin and Eco have proven themselves as excellent power-slayers.

This team has split games with Envy in scrims and even won a scrim against OpTic by one game. This team has also traded scrims with Inconceivable, but as I said, I believe Shotzzy’s lack of LAN experience will separate these two. I am sure this team will be top four, but UGC will decide if they can join Envy and OpTic in being a step above other teams in the league.

The Fall Champions. The King-slayers. The only team to ever beat OpTic on LAN. With a star-studded arrangement of amazing slayers, this squad has done what many thought would have been impossible. With Ola and Mikwen not even making Worlds last year, this battle will be especially personal for them. In scrims, they have won all except for one tie with Inconceivable. They defeated the Pnda squad 12-1. To say the least, this team is dominating.

OpTic may have fallen, but I don’t think they are defeated yet. In fact, as I have said earlier, I think Envy have awakened a sleeping dragon. However, their previous win at Fall Finals may also further motivate Envy to continue their win-streak all the way to being the 2017 World Champions. But to do this, one squad stands in their way.

This squad needs no introduction. There’s a reason that I have OpTic winning UGC this weekend despite performing worse in scrims than Envy. LAN OpTic, in a similar fashion to EG, is a whole different beast. Losing at X-Games one year ago motivated the squad to become the first ever Halo World Champions. I’m betting that losing at Fall Finals will do the same. However, I don’t think OpTic will dominate as they have previously. At Fall Finals, OpTic was able to 4-1 Envy in the Winner’s Finals. Envy will surely take games. But I don’t think the #Greenwall is ready to go quietly quite yet. These two teams will be battling back and forth for the foreseeable future, but I think OpTic is going to be the defending world champs for yet another year.

Do you agree with my placings? Be sure to let me know! Be sure to tune in to UGC St. Louis this weekend at: https://www.twitch.tv/halo