One of the biggest improvements in 2018 over the 2017 format is the plethora of new Fire-type Pokemon at players’ disposal. VGC 2017 was a metagame starved of viable Fire-types, and with an entire Pokedex to work with, Arcanine is nearly drowned out. Many players have been going with the typical choices like Heatran or Volcarona, but like I said we have an entire Pokedex to work with. This Fire-type comes from a trio you wouldn’t expect to see more than one member used successfully.

Suicune is usually the sole representative of the legendary beast trio, but we’re here to talk about its volcanic brother: Entei. Entei had some viable placings in the 2015 format, but it’s usually not a player’s first choice when picking a Fire-type. I’m here to make a case for Entei, and how its role on a team can be valuable for many matchups in the 2018 metagame.

Being basically a legendary Pokemon, it’s no surprise that Entei’s stats are solid all-around. Entei’s stats place it in the role of a physical attacker that can choose to focus on speed or bulk. It can speed-tie with Charizard and it out-speeds Pokemon like Landorus-Therian making Entei a great pick against Sun-based teams. While Entei’s Special Attack isn’t too shabby, you’ll likely want to focus on the physical side for reasons we’ll get to later.

As a pure Fire-type, Entei is weak to many common attacking types, especially attacking types with strong spread attacks like Earthquake and Rock Slide. Without access to its Hidden Ability Flash Fire or any ability that’s better than Pressure, Entei is sort of stuck with its unfortunate weaknesses. However, Fire-types are actually pretty valuable in the early VGC 2018 metagame with the abundance of Grass and Steel-types. Entei’s type coverage also gives it ways to deal with opposing Fire-types making it a solid check to other popular Fire Pokemon like Heatran.

Entei’s movepool is infamous for being shallow, but it has recently gotten access to moves that have helped its type coverage immensely.

Firium Z: Entei has a high attack stat and a powerful Inferno Overdrive off of Sacred Fire. If your Entei build is all about damage, consider this Z Crystal.

“Pinch” Berry: Mago, Figy and Aguav Berries are all great items to get Entei’s health back in a pinch. Entei’s bulk is good enough to make use of an item like this, almost making it like a 2017 Arcanine.

Assault Vest: Entei’s Special Defense is its worst stat and the Assault Vest not only helps it, but also promotes Entei’s strong attack stat. I know I said Entei’s movepool isn’t that great, but there’s definitely enough in its arsenal for a solid four move set.

Entei doesn’t like Intimidate, Earthquake or Rock Slide making Landorus a hard matchup for it. Luckily Landorus is unaffected by Terrain effects so Sacred Fire will always be able to burn it. Also Entei (most of the time) will have the speed advantage making it even more likely for Landorus to get burned.

Rain, Tapu Fini and Suicune are the notable examples that hard counter Entei. Entei has absolutely nothing to hit Water-types super-effectively and can really only use Snarl to decrease damage onto it.

Unless you’re using an Assault Vest, Entei will struggle taking Special hits. Strong special hits such as Tapu Lele’s Psychic, Tapu Koko’s Gigavolt Havoc and Hydreigon’s Draco Meteor are not good news for Entei despite how bulky you build it.

This is mainly due to the fact that pairing Entei with a Water-type is two thirds of a Fire/Water/Grass core and Entei can deal with Grass and even some Electric types that threaten a Water-type partner.

As a Dragon-type, Salamence benefits from Entei’s ability to deal with Ice and Steel-types while also being a switch-in for Ice and Fairy attacks. 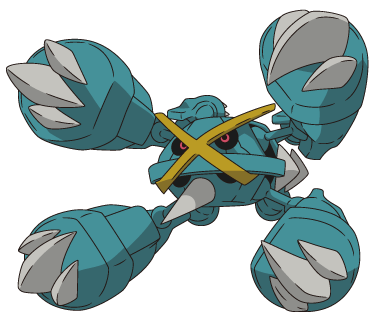 This pair might hate Landorus, but Entei can help a Metagross team a lot by dealing with opposing Charizard teams. Entei has the coverage to deal with most Fire-types making it a great teammate for any Steel-type.

So why use Entei?

Entei is the non-conventional Fire-type that you’ve been looking for. This literal beast has great stats, a serviceable move pool and can help a team against many common matchups in the metagame. It may not have access to a great ability or some of its better attacking moves, but Sacred Fire pretty much makes up for all of Entei’s shortcomings in its movepool. Entei has potential, and I assure you that it is more than capable of giving a team the heat it needs to make an excellent tournament run.

Lourlo: ‘I think the community definitely underestimates us a little bit’