In the wake of all of the news we’ve been receiving for Pokemon Ultra Sun and Ultra Moon, one Pokemon has been given a noticeable amount of attention: Lycanroc. Lycanroc is getting a new form which looks to combine aspects from its previously introduced Midday and Midnight forms. However, we haven’t really seen much from Lycanroc in the competitive scene, and when we did it was usually the Midday form. We don’t know much about Lycanroc’s new form, but Wednesday’s Nintendo Direct gave us some new info that suggests there is competitive potential for this new Dusk Form. With some speculation, allow me to make a case for the viability of Lycanroc’s Dusk Form.

What Dusk Form Lycanroc Will Have

Like I said, we don’t know much about Lycanroc’s Dusk Form so far, but there are some significant things we just recently found out.

A Signature Z-Move that beats the Tapu Pokemon?

The most recent Nintendo Direct showed us Lycanroc’s signature Z-move: Splintered Stormshards. This Z-move can actually be used with all three Lycanroc forms, but what makes it interesting is its secondary effect.

Could Lycanroc become a Tapu slayer? Well there’s another thing that deserves mentioning. The Lycanroc in the trailer failed to KO the Tapu Koko that it was up against. Normally, attacking Z-moves are insanely powerful attacks and Tapu Koko isn’t the most defensive Pokemon out there. A normal Continental Crush should easily be able to wipe a Tapu Koko off of the field, so why didn’t this Z-move KO? An early theory I had was that Splintered Stormshards’ damage was based off of Accelerock which doesn’t make sense since Lycanroc’s Midnight Form can’t learn Accelerock. Accelerock is only a base 40 power move, so that could easily explain the lacking damage output. If this Z-move is based off of Accelerock, then this could be a way to potentially balance the removal of the Terrain effect.

Returning to my previous question, does this make Lycanroc the new “Tapu Slayer”? Considering two of the Island Guardians can easily KO Lycanroc with super effective hits while the others are also powerful attackers, I think it’s safe to say that Lycanroc won’t be able to take on a Tapu on its own. Still, considering how prevalent the Tapu Pokemon are in competitive play, this is a Z-move worth looking into.

Speaking of Z-moves, let’s talk about Happy Hour. Happy Hour, on its own, isn’t that great. It’s basically a glorified Splash that get’s a cute little animation to go with it. However, with the power of Normalium Z, Z-Happy Hour gives the user a boost in their Attack, Special Attack, Defense, Special Defense and Speed.

Lycanroc already has a solid boosting move in Swords Dance, but the ability to boost all of its other stats is huge. The downside is that this set up will take a turn, and Lycanroc isn’t exactly the most defensive Pokemon. With that being said, having a boosting move like this is big for Lycanroc, and maybe with some better moves, it will be able to tear through teams .

As Dusk Form Lycanroc looks to be sort of a fusion between the existing forms, this likely means we’ll see elements of both’s stats reflected in Dusk Form’s base stat total. Unfortunately, since this isn’t an “upgraded” form, we’re still left with Lycanroc’s sub par 487 BST, meaning it doesn’t look like it will get much better.

Ideally, Dusk Form’s stats should retain: the base 115 Attack (shared), Midday’s Speed and the slightly higher defense stats of Midnight. The main issue here is the pitiful defense stats which could really use a boost. Other than that, the Attack and Speed are great, but I would expect Dusk Form’s defenses to remain low.

One of the biggest complaints about Lycanroc was it’s absolutely terrible move pool. The standard Lycanroc moveset didn’t go beyond a Rock-type move and an elemental Fang for coverage, but that left much to be desired.

One thing that is pretty much guaranteed for Ultra Sun and Ultra Moon is the return of the Move Tutor which can give Lycanroc some better moves to work with. Having moves like Superpower, Super Fang, Knock Off, Iron Head or maybe even Drill Run could add so much to Lycanroc’s coverage and actually make it a pretty decent attacker. It’s ability is Tough Claws, so giving it some more attacks that make contact would be ideal.

Lastly, I know they don’t do this often, but maybe they could even give Lycanroc access to Earthquake? Out of all of the Pokemon to not get Earthquake, Lycanroc was one that left many players scratching their heads. Many of the most successful Rock-types in the game benefit from the use of Earthquake, and Lycanroc not having access to it immediately placed it in a tier below the rest. Like I said, Pokemon having access to new TM’s doesn’t happen often in the same generation, but considering how much attention they’re giving Lycanroc, maybe they could listen to the fans on this one.

So, Will Dusk Form Lycanroc be Good? 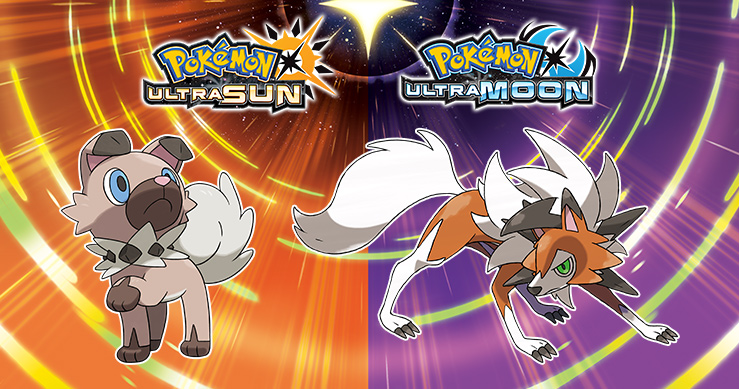 With all of the information we currently have, there’s still a ton we don’t know. That being said, there is definitely a ton of potential. Better stats, access to more moves and now a pretty solid Z-move could turn Lycanroc into a solid Pokemon.

At this point, we won’t know for sure until the games come out and the new competitive format begins. I’m optimistic we’ll see Lycanroc’s Dusk Form at the top of some high-level tournaments when the format switches to Ultra Sun and Ultra Moon.

Featured Image from Pokemon The Series: Sun and Moon (anime)