Home » A Contrarian Defiance to a Competitive metagame: A guide to the abilities that counter Intimidate

Like every year in VGC, the ability “Intimidate” is everywhere. There have always been Pokemon like Landorus and Salamence that have been the go-to users of this ability, but recently we have a new member of the Intimidate club that is Incineroar. With Incineroar being as dominant as ever in the 2018 metagame, this truly means that Intimidate is on 99% percent of teams, sometimes on more than one Pokemon. There has been a lot of discussion surrounding the abilities and Pokemon that can shake off or sometimes hard counter the onslaught of Intimidators, and I’m looking to weigh in. I’ll be giving you a guide to these abilities, what they do, which Pokemon can use them and maybe give you an idea for a potential member to your next tournament-winning team.

What it does: Makes stat changes have the opposite effect.

Contrary isn’t one of these abilities that hard counters Intimidate, but the Pokemon with this ability certainly don’t mind the boost to their Attack. Since Contrary reverses stat changes, being affected by Intimidate gives a boost rather than a drop to the Pokemon’s Attack stat. Aside from that, Pokemon with this ability usually have access to a move that normally decreases the users stats, and it’s some of those Pokemon that we’ll be discussing.

Superpower is a 120 base power Fighting-type attack that (normally) lowers the users Attack and Defense by one stage. As mentioned earlier, Contrary reverses these drops into boosts making this a deadly combination. I mention Contrary first because it’s this exact combination that had the most recent tournament success. We’ll begin our discussion of Pokemon with Lurantis.

Initially, this was one of Alola’s Pokemon I wasn’t very impressed with. Sure, it had access to Contrary and it could utilize that ability with both Leaf Storm and Superpower, but its low speed and defenses didn’t convince me this thing would be good. Then Charlotte regionals happened.

Lurantis actually has a lot going for it. The typical Lurantis move set carries attacks like Superpower, Leaf Blade and Knock Off which offer great offensive coverage and make Lurantis a huge threat after a couple boosts. Being a Grass-type in the 2018 metagame means you have decently powerful counters like Mega Charizard Y and Mega Salamence, but other than maybe one Fire-type on a team, many common compositions can struggle to deal with Grass-types. Lurantis isn’t even really afraid of Incineroar since Incineroar is weak to Superpower, and may struggle to hit Lurantis very hard after a few defense boosts.

Now here’s a more fun choice for this combo. Malamar is weird in many ways, but it can be quite effective in battle. With a typing like Dark/Psychic this means Malamar only has to two weaknesses. Sure, one of those is a x4 weakness to Bug, but Bug-type moves in the 2018 metagame are pretty uncommon outside of U-Turn. That also means Malamar doesn’t like the plethora of Fairy-types, but a proper team composition can help with that.

What I’m trying to say here is that Malamar can succeed in this format much like how Lurantis can. Outside of a couple threats, many teams can struggle to deal with a set-up Malamar. Like Lurantis, Malamar also has great offensive coverage except replace the Grass-type attack with a potential Psychic-type one and a STAB Knock Off.

The combination of Contrary and Superpower is deadly, and these are two Pokemon that should be considered threats going forward.

Now we have an example of a Pokemon that’s actually won something this season. Jamie Boyt used Serperior in his championship run in Malmo, and this Pokemon came in clutch for him.

Unfortunately Serperior doesn’t have access to Superpower, but Contrary works for Serperior with Leaf Storm. While it doesn’t counter Intimidate quite as hard as the first two, Serperior’s speed makes it a huge threat even after one boost with Leaf Storm. Serperior’s role this season has mainly been for support with the boosting ability being a nice plus, but it’s another example of a Pokemon with Contrary that has shown itself to be viable.

What it does: Boosts Special Attack (two stages) when a stat is lowered.

There are a bunch of Pokemon with this ability, but there’s really only one worth mentioning. (Sorry Wigglytuff, your 15 minutes of fame during the 2014 season are long gone) 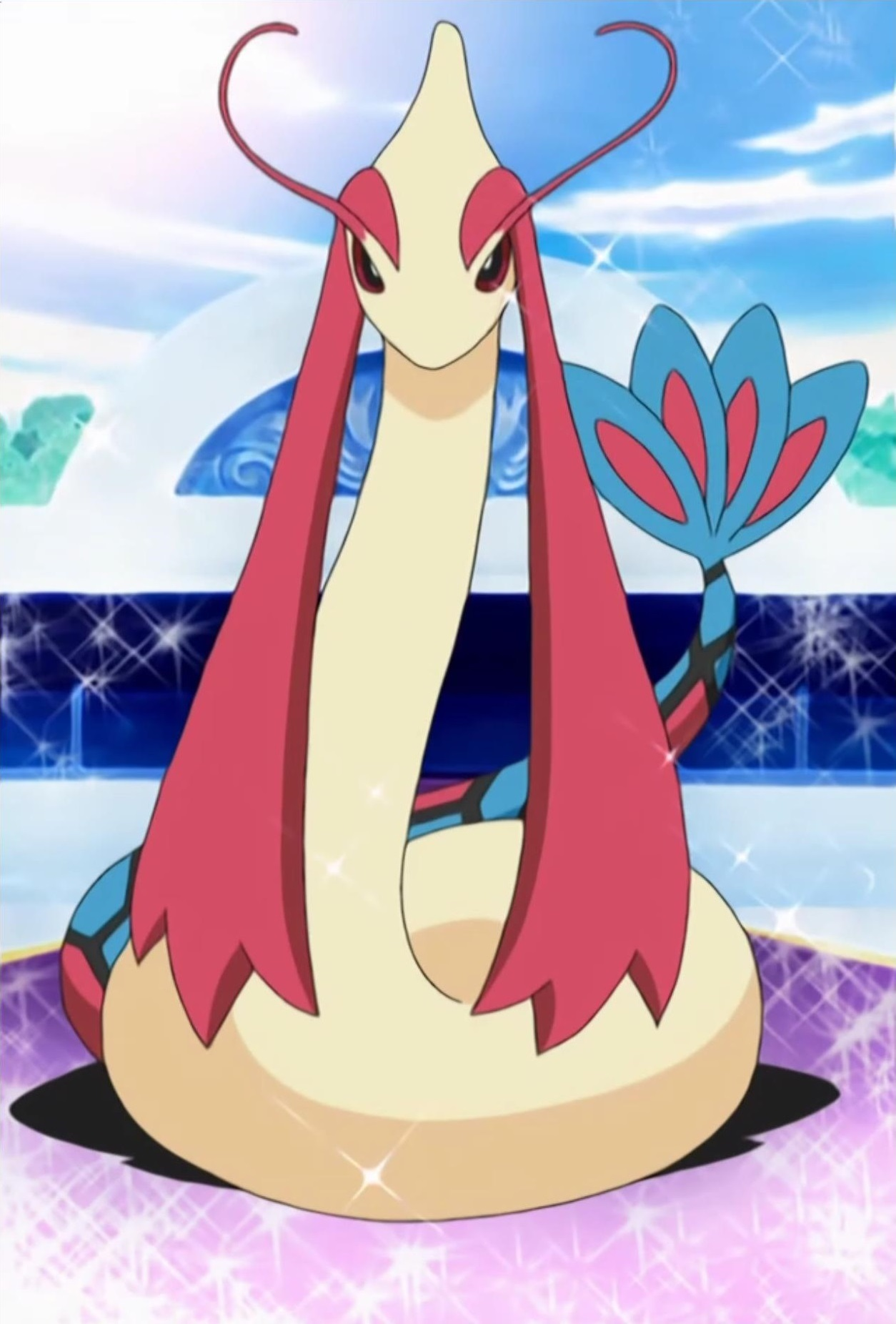 There was a lot of differing opinions about Milotic going into Charlotte regionals which was the first big tournament after Intimidate Incineroar was released. The haters were silenced after that weekend after Milotic won the regional on the team of Wolfe Glick.

Milotic is by far the best Competitive Pokemon simply because of how well a bulky Water-type matches up against the metagame, especially against the premier Intimidators. A boosted Scald melts Incineroar and Landorus while Icy Wind or Ice Beam can make quick work of Salamence.

However, according to Glick, the way to play Milotic is not to rely on its offense. Sure, having a Pokemon that can double its Special Attack just like that is nothing short of an offensive threat, but Glick believes the right way to use Milotic is to have it be more defensive with the Competitive boost just being a bonus. Milotic’s Special Attack is already impressive on its own, so maybe its worth investing into its poorer Defense in order for it to stick around longer.

Take it from a former World Champ. Milotic is good, it’s just everyone has been using it wrong.

What it does: Boosts Attack sharply (two stages) when a stat is lowered.

This is pretty much the physical counterpart to Competitive. Defiant is technically a weaker ability than Competitive since the net gain of Attack is only plus one due to the drop from Intimidate, but that’s still significant. Even a single boost can turn two-hit-KO’s in one-hit-KO’s from these Pokemon.

What was once the dark knight of VGC 2015, has slowly dropped in popularity. Bisharp’s typing, low defenses and Speed finally caught up to it, but Bisharp can still do damage if unchecked. The plethora of Fairy-type Pokemon don’t appreciate Bisharp’s Iron Head, and Knock Off from this Pokemon does a ton of damage to any Cresselia or Gothitelle.

With that being said, one of Bisharp’s biggest tools in Sucker Punch was nerfed in power and is completely stopped thanks to Psychic Terrain. Still, Sucker Punch hurts coming from Bisharp, and Mega Metagross teams without Tapu Lele should beware the power of Bisharp.

While not nearly as common as Bisharp once was, Braviary is another Pokemon that immediately becomes a threat after a Defiant boost. Like Bisharp, Braviary has a great Attack stat, and the offensive pressure Braviary puts on will usually force defensive play from your opponent, allowing you to set up a free Tailwind. If the support route isn’t available, a Brave Bird, Superpower or even a Z-Move is almost a guaranteed KO on something that doesn’t resist it. That’s what’s cool about Braviary, it can support, but also become a sweeper under the right conditions.

What I love about the names for each of these abilities is that they all have something to do with opposition. Whether you’re defying or playing contrary to the metagame, you can still be competitive. If the constant matchup against teams with Landorus and Incineroar has you frustrated, hopefully this list of underrated Pokemon has given you some ideas on how to beat them. Because when you use these Pokemon, you’re intimidating the Intimidators.