Key Champion Picks to Watch for in…

Patch 10.2 Has Been Revealed

One of the biggest barriers to the growth of competitive Pokemon is, ironically, the Pokemon community. Among the “casual” crowd, there are a number of misconceptions that cloud people’s perceptions about the game competitively. These misconceptions ultimately generate a ton of complaints and hate about aspects of the game that casual players barely understand. For this piece, we’re going to clear up some of these beliefs and show the casual crowd that competitive Pokemon isn’t so bad. 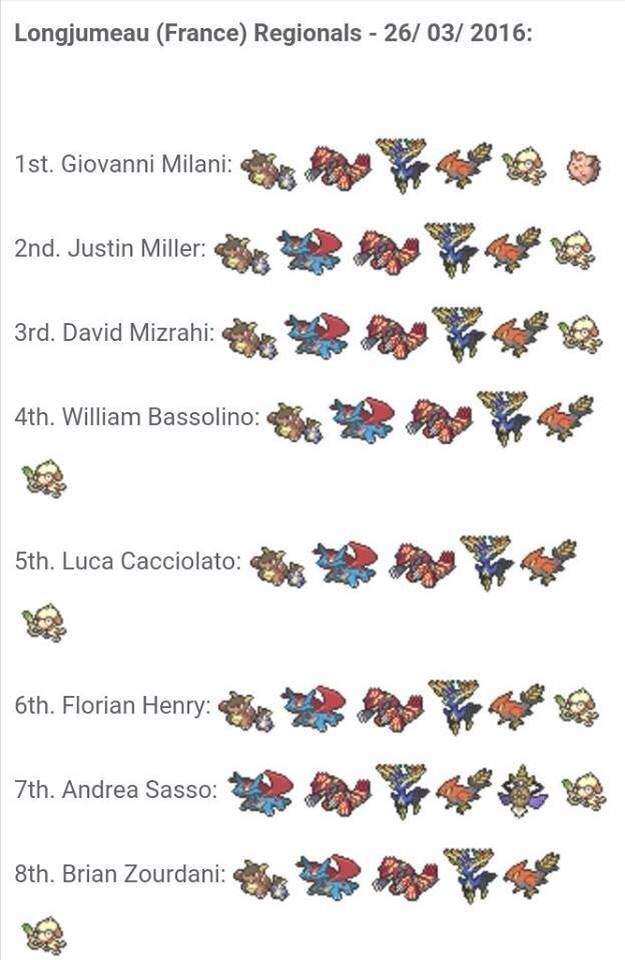 By far one of the biggest complaints I hear from casual players is how there is no diversity in successful competitive teams. People usually reference 2015’s Worlds Top Cut or any Regional Top Cut from 2016 with nothing but Groudon and Xerneas teams. What most don’t realize is that even though teams might look similar, each Pokemon is usually built differently depending on the player. For example, 2015 World Champion Shoma Honami’s team featured some uncommon move choices like Sunny Day on Amoonguss and Protect on his Thundurus and Cresselia. Aside from that, the teams themselves in Top 8 were pretty unique with Pokemon like Volcarona, Aegislash, Scrafty and Hydreigon being featured in addition to standard Pokemon.

To be honest, I think we were pretty spoiled from the results of the 2014 World Championships, where Sejun Park won it all with Pachirisu. This is by far one of the greatest examples of the potential creativity that exists in competitive Pokemon. But you also have to take into account that Sejun was also using two of the most common Pokemon in the format in Garchomp and Talonflame to compliment his Pachirisu and Gyarados combo.

Going back to 2016, what won Worlds again? Wait, not Groudon/Xerneas? Oh yeah it was Rayquaza and Kyogre with the help of another electric rodent: Raichu. Even in a format as volatile to creativity as VGC 2016, the unorthodox team still came out on top.

Basically what I’m getting at is that a “metagame” will always exist, but it will never define every single tournament in a given format. Standard teams usually appear in trends anyway, and when a new one emerges, players will end up countering it in some way. There’s diversity for you.

Misconception #2: Legendaries are too overpowered

I can’t tell you how many times I’ve seen RMT (Rate My Team) threads on forums where the poster will say that they’re trying not to use legendaries.

Let me tell you why I hate when people say this. When a format allows legendaries, that means everyone gets to use them. Since legendary Pokemon typically have higher stats, people will use them. You can’t call them overpowered if everyone has access to them.

No one is going to shame you for using legendary Pokemon. The self-imposed challenge of not using them isn’t worth it if you’re trying to win.

Misconception #3: Competitive Pokemon is too complicated

Competitive Pokemon may involve a lot of numbers, but the math required does not exceed basic multiplication. What I can say is that there is a lot of memorization that goes into learning the game competitively. You need to know the type chart, what a majority of the Pokemon do, base stats, a few damage calculations and the list goes on. Casual players can get a basic idea of most of these aspects just by playing through the single-player game. It just requires a couple steps further. But what separates the normal game from competitive play, is the dreaded topic of breeding and EV training.

I’m not going to explain the intricacies of EV’s and IV’s because a YouTube video or forum post could probably do it better. It involves numbers yes, but the core mechanics are not complicated at all. What it boils down to is just a lot of research and time. Once you understand the mechanics, the process of obtaining competitive-ready Pokemon is a fairly repeatable process.

The amount of knowledge required is a reasonable barrier of entry into the competitive scene. It’s not super complicated, but there is a rather large time commitment. But that’s getting into any competitive game right? Just a lot of dedication.

Misconception #4: It’s all luck based

While there is a ton of RNG influence in Pokemon, it often doesn’t decide games. While there are

some ridiculous mechanics like freeze, sleep and flinching, the better player will usually win. Pokemon is all about strategy, and the player who better executes their strategy will more than likely win. Plus there’s a lot that goes into matchups and team-building that gives a player an advantage before the game even starts.

Players complain about bad luck all the time, but I assure you it happens a lot less often than you think. Experiencing bad RNG or “hax” is inevitable, it’s just something you have to deal with.

The wonderful thing about Pokemon is that it’s not just a competitive game. A majority of players are introduced to the competitive side after being long-time fans of the franchise. Pokemon players play the game because they’re passionate about it, and nothing shows passion like dumping hundreds of hours into training to be the very best.

In the end, we’re all Pokemon fans, and regardless of whether you play competitively or not. I hope this gave you casual players out there a better insight into what competitive Pokemon is all about. If the normal game has felt stale to you, getting into the competitive scene will definitely renew your interest.

The issue of competitive versus casual doesn’t need to be so divisive. We can all enjoy the game in our own way, and there’s nothing wrong with that.

The fall of Andrew McCutchen