The origins of streamers are sometimes muffled in their success. They may talk about it here or there, but they don’t give the full thing from the start to where they are now. There are reasons for this but most of the time, it is because streamers and pro gamers alike distance their personal life from what they show on the screen or social media. Yet, for someone like FaZe Testyment who has been in the spotlight for years now, it isn’t that he wants to distance himself, it is more that no one has really asked.

When many people talk about Georgia, they think more about the state in the United States than the small country that borders Turkey and the Black Sea. It is certainly a country with a rich history and plenty of interesting historical sites, especially in the capital of Tbilisi. Yet, it is one that is not often discussed in history or in the current political climate.

Growing up in Georgia, Testy was just another kid who loved video games. He had watched his brother play Counter-Strike and instantly fell in love with the game. The problem was he didn’t have his own PC.

“I didn’t have my own PC or anything like that. So like when my brother would just leave the house or something like that, I would just get on and play like an hour or two. And honestly, I fell in love. I was like really, really good.”

It was from this moment that FaZe Testyment would find his passion for gaming. When his birthday rolled around he wouldn’t get the PC he was hoping for. Instead, he would get the system that would start his path down the road to his current career. His parents got him an Xbox 360.

One would think that Call of Duty would have been his first game, right? Instead, it was actually another very popular shooter that was exclusive to the Xbox 360 at the time, Gears of War.

“I love that game. I was addicted. I met a couple of friends there but I couldn’t really speak English at the time. That’s actually how I learned English too. Like on Xbox, which some people don’t really believe, but that’s how I learned it.”

Even after getting into Gears of War and playing well online along with the skills he still had in Counter-Strike, Testy never really planned on it going any further. All of that would change once he started playing Call of Duty.

Once the love of games shifted to Call of Duty, there was really no going back for Testy. The franchise truly took his passion to another level. With that came his love and the thing he is most known for, sniping.

It was during this time that he started doing trick shots in Modern Warfare. No scopes and 360s became a very regular part of Testy’s vocabulary and daily routine. It was also in this time period that he would find FaZe clan for the first time.

“I don’t remember how I found FaZe Clan because like I said, my English, it was very bad and I just looked up some things on YouTube and somehow on FaZe Clan. I tell you it was 2011 and I saw like people who were making montages”

These montages would inspire Testy to not only try new tricks but also to start creating videos of his own. The problem was, he didn’t have any of the technology that he needed. Luckily when Black Ops came out, the theater mode allowed for Testy to save some of his best clips. But again, he ran into an issue when only six of them would be able to be saved. That didn’t stop him though as Testy would find another solution to a problem that many young gamers had.

“I would just ask my friends to record it. Then when my brother would leave the house, I would get on and start editing. It was pretty rough because everybody around me, like everybody, was recording and editing and uploading and all this stuff and yeah, this that’s how I just started my YouTube.”

The true MVP for Testy and his journey may have been his brother’s PC. But he wouldn’t find his success right away.

Some time passed and new Call of Duty games came and went. FaZe Testy was just getting his start and it was when Black Ops 3 came out that Testy would finally start to see the results from all of his hard work.

In 2015 he was 17 years old and working to try and save up money for better equipment.

Then something incredible happened. One of, if not the most famous Call of Duty snipers of all time, Pamaj, found some young kid from Georgia on YouTube.

“Then Pamaj found me and he just kept giving me shoutouts. There were these multiple challenges he used to host and I won some of the first ones back-to-back.”

It was this burgeoning friendship that would help to launch the career of Testy. Pamaj would become the champion that FaZe Testyment never knew he needed. With the community pushing for him and a top-level player guiding him, Testy only had one thing in mind, to join the organization that had inspired it all. FaZe Clan.

Even while growing and having his champion, it would still be some time between then and Testy’s time of joining FaZe. He would grind for two years and add new skills to his repertoire such as adding commentary over videos. This was a major hit for Testy in 2016 but it wouldn’t be until 2017 that FaZe would come knocking on his door. 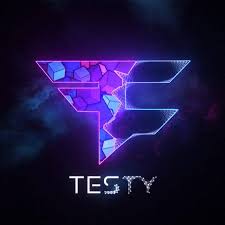 “Nothing was happening. I had a couple of my friends tell me I was close and that they (FaZe) were looking at me. Then Call of Duty WWII came out. FaZe hit me up at the end of November and told me they opened up a house in Austin, Texas. They said they wanted to meet and for me to move there. Also, I could just join FaZe.”

His time had come. After years of hard work, Testyment would become FaZe Testyment. He admits that without the community support and specifically all of the help Pamaj gave him that he may have never had the opportunity to join his dream org.

“I’m always going to be thankful for what Pamaj did because he just put me on the radar. Honestly, if I did not get noticed to start in Black Ops 3, I feel like I would totally just have given up and think it was a waste of time. So yeah, yeah, he’s the main reason for sure.”

After achieving many of his dreams, Testy desired to be more than just a streamer. He would focus his attention on mental health and creating awareness for it.

A Passion for Mental Health

Mental health is a topic that has grown in importance as many have come to realize just how important it is. FaZe Testy is someone who not only recognizes its importance but he has a true passion for spreading awareness for is as well.

“It’s so important. Honestly, I recently realized that I never used to take breaks. When you say YouTube and streaming is hard, some people just kind of laugh and say, “what are you talking about?” But it’s actually very hard. Without taking breaks I feel like I’m doing something wrong.”

For those who create content, not taking breaks can quickly cause burnout which not only hurts the product but the person making it. For Testy, he found that getting the right balance was what helped him most.

“Finding the balance is the best thing you can do in the gaming and streaming world. You gotta find a balance to have time for some things in life too.”

Like most people, it took time for Testy to find this balance though. As a kid, he put himself into a terrible position to reach his dream and looking back, Testy understands that this was not the best way for him to take care of himself.

“When I started working, I was 17 and I was working for some TV company.  I used to wake up at 8:00 AM and work until 8:00 PM every day beside the weekends. Then I would come home and play more. I would just get like two, three hours sleep every day, which was very bad. And I used to do that for like seven, eight months straight. Then it started affecting my health.”

He could tell he was not his normal self during this time.

“It was so bad, honestly thinking about it now, it was so bad. Sometimes I would just get angry at little things that you can not even get mad at because of lack of sleep. And that’s when I started to realize, you just got to take care of yourself. I mean, if you don’t take care of yourself, you just cannot do other things for sure. That was probably the first time I realized it. I started taking care of myself a little bit more, but when I was thinking about it, I was kind of going crazy.”

Luckily as he grew up he found great ways to take care of himself. He found a routine that helped him to decompress after streaming or working every day. It consists of him walking his dog Molly. Then, after getting home, he will hop in his car and listen to music while taking a casual drive.

Testy understands that his method may not work for everyone, so instead, he has this to say to those who may be trying to get into the same career as himself.

“You just gotta work with yourself. Nobody can do it for you. You, have to find a balance.”

Plenty of streamers care about mental health. But it is FaZe Testyment who truly has a passion for it and is someone who has decided to speak about his own struggles with it.

A Word for His Fans

Before ending his interview, FaZe Testyment had something to say to those who had supported him up to this point in his life.

The story of FaZe Testyment is out there to the public. Fans can learn about his journey to this point and see how his passion for gaming and mental health came to be. Next time you’re on his stream, feel free to ask him about his life. He is an open book and ready to help those who need it and provide entertainment for the thousands of FaZe Testyment fans around the world.

Thanks for Testy for taking the time for this interview. You can find his stream here, along with his Twitter account here. Also huge shoutout to Chaz Kawamura for helping me get these questions together. Lastly, a big thanks to FaZe for setting this up.