The VGC 2019 format has returned to GS Cup, a format that allows players to have up to two powerful legendary Pokemon on their teams. These Pokemon are referred to as “restricted Pokemon” and many players build their teams based on the pair they choose.

However, this year there is a twist.

Players have three forms of GS Cup to master this season with the Sun, Moon and Ultra series’ respectively. The Sun series (which starts in just a few weeks) bans Z Crystals, Mega Stones, the Red and Blue Orbs and Dragon Ascent on Rayquaza. Not having access to these powerful items/moves is shaking things up quite a bit, and many players are struggling to adjust. The format may be in its infancy, but there’s already a consensus on which restricted Pokemon on on the top of the game. However, there are a ton that have yet to prove themselves, but here is an early tier list of 2019’s restricted Pokemon which should hopefully give players out there a better idea on how to start teambuilding.

Kyogre is the undisputed king of VGC 2019 so far, as it is finally freed from the threat of having its Water-type attacks evaporated by Primal Groudon’s Desolate Land. Kyogre is a monster under the rain; it summons with powerful boosted Water Spouts and Origin Pulses being enough to clean through an entire team. The most popular Kyogres out there carry the Choice Scarf in order to make sure Kyogre is able to get a full powered Water Spout before it takes any damage. This Pokemon is everywhere right now, which demands that you have a counter to it or a Pokemon carrying Wide Guard in order to stop your team from being flooded by Choice Scarf Water Spout.

One of the biggest threats from VGC 2019 is back in (almost) full force this year. Xerneas’ gameplay is basically the same: set-up Geomancy and sweep. However, not having Groudon around (which we’ll get to later) might hurt this Pokemon’s dominance over the game. Still, this Pokemon’s existence basically necessitates either a Steel-type or a way to remove stat boosts on a team much like how Kyogre makes every team require a rain answer. Xerneas can still take over games, especially with the help of Smeargle, an making sure an opposing Xerneas is unable to set-up a Geomancy should be a top priority when you see it in team preview.

Thankfully we finally have a Steel-type restricted Pokemon that is properly able to stand up to Xerneas. Ultra Sun’s flagship version of Necrozma is the epitome of bulk and power all in one. With Prism Armor, Necrozma takes 25% less damage from super-effective hits, and considering that its weaknesses aren’t the most common, this Pokemon doesn’t go away easily. This insane level of sustainability makes the Weakness Policy a popular item for Necrozma which turns it into an offensive powerhouse.

Many players have also made this Pokemon into their preferred Trick Room setter due to Necrozma’s outstanding bulk. Offensively, powerful Steel/Psychic coverage with Sunsteel Strike and Photon Geyser handles the plethora of Fairy-types and Amoonguss that are running around. This Pokemon could honestly be the one to beat next to Kyogre (which makes a fabulous partner for it), and it wouldn’t be shocking at all to top even the mighty Xerneas in usage later on.

With the presence of Xerneas and the Tapu Pokemon, how could Yveltal possibly be good? Well, Yveltal’s Dark Aura makes its Dark-type moves hit like a truck regardless of the target. Yveltal also boasts amazing bulk which can be bolstered with the Psychic Seed or Assault Vest items. Along with being an amazing offensive Pokemon, Yveltal can support its teammates with Tailwind and Snarl as well. Without Mega Stones or Z Crystals, this means the move Knock Off is going to be even better, and Yveltal is a Pokemon that can easily spam Knock Off and pick up KO’s quickly by doing so.

Without its Red Orb, Groudon goes from completely broken to just meh. Losing the Fire-type means it doesn’t gain nearly as much from its Drought ability, and even as just a Ground-type Groudon is no longer a Kyogre switch in. Groudon still boasts great offensive potential with many teams in this format not packing answers for Ground-types. However, Rain teams and Intimidate will give Groudon some trouble. Groudon is a Pokemon that is usable, and still good for that matter, but until it gets its Red Orb back it will wallow in the shadow of Kyogre.

Think of Solgaleo as a more offensive, fast version of Dusk Mane Necrozma. In exchange for Prism Armor, Solgaleo’s stats are protected by Full Metal Body. Photon Geyser is leagues better than Solgaleo’s Zen Headbutt, but Solgaleo gains some more unique options with Flare Blitz, Wild Charge and even Wide Guard. Solgaleo and Tapu Lele is a combination that mirrors the likes of Mega Metagross and Tapu Lele from last season. While not looking nearly as dominant, Solgaleo has a lot of potential.

This Pokemon is nearly indestructible. Shadow Shield basically guarantees Lunala will survive a hit from full health which can either mean a KO with Moongeist Beam, Trick Room, Tailwind or even a Calm Mind. Lunala has bulk and options making it a huge threat on the battlefield. It does get utterly wrecked by Dark and Ghost-type moves though, but they normally have to break through Shadow Shield first to score a KO.

Unlike its partner Lugia, Ho-Oh doesn’t have its amazing Hidden Ability available; but that doesn’t mean Ho-Oh is weak. Ho-Oh’s amazing special defense means it can take on some of the biggest threats in the format, and hit back hard as well. Combine that with access to Tailwind and solid recovery, and you have a Pokemon ripe with potential.

Think of this version of Necrozma as a slightly weaker version of Lunala. Shadow Shield works far better with the Psychic/Ghost typing than Prism Armor does, and Lunala has much more overall bulk in exchange for a slight decrease in Special Attack. There was a lot of hype for this Pokemon during the speculative era of Generation 7 GS Cup, but Lunala looks like the stronger option.

Dialga is likely to fall out of favor due to Necrozma Dusk Mane being a much better fit for its role. Dragon-types are even weaker now that there are more Fairy-types and Dialga as a Steel-type can’t take on Fairy-types nearly as well. Dialga’s offense and diverse movepool have saved it from obscurity, but it looks to be outclassed by Necrozma’s new formes.

*Disclaimer*: These Pokemon have potential, but could either get better or worse over time.

This Pokemon has a ton of power especially paired next to Tapu Lele, but doubling down on Psychic-types for a team could be redundant. Players may prefer the bulk of Necrozma or Lunala over Mewtwo, but Mewtwo could fit nicely on a hyper offense team if played well.

Palkia’s typing makes it a good and bad Pokemon at the same time. Being a Dragon-type is bad news in Generation 7, but Palkia remains one of the best Kyogre switch-ins out there. Palkia also has a fantastic move pool and a fantastic alternative to Draco Meteor in Spacial Rend. Right now, Palkia still lurks in the shadow of Dialga, but Kyogre’s popularity may bring out the potential in this Pokemon.

Zyagarde now has access to its 100% forme and Thousand Arrows which it desperately needed in 2016 where it rotted in obscurity. Zygarde might be weak to Xerneas and Kyogre’s Ice Beam, but the bulk of its Complete Forme is amazing enough to consider it for a team slot. Teams might not have switch-ins for Ground-type attacks in Groudon’s absence, so its possible some talented players could make Zygarde work. 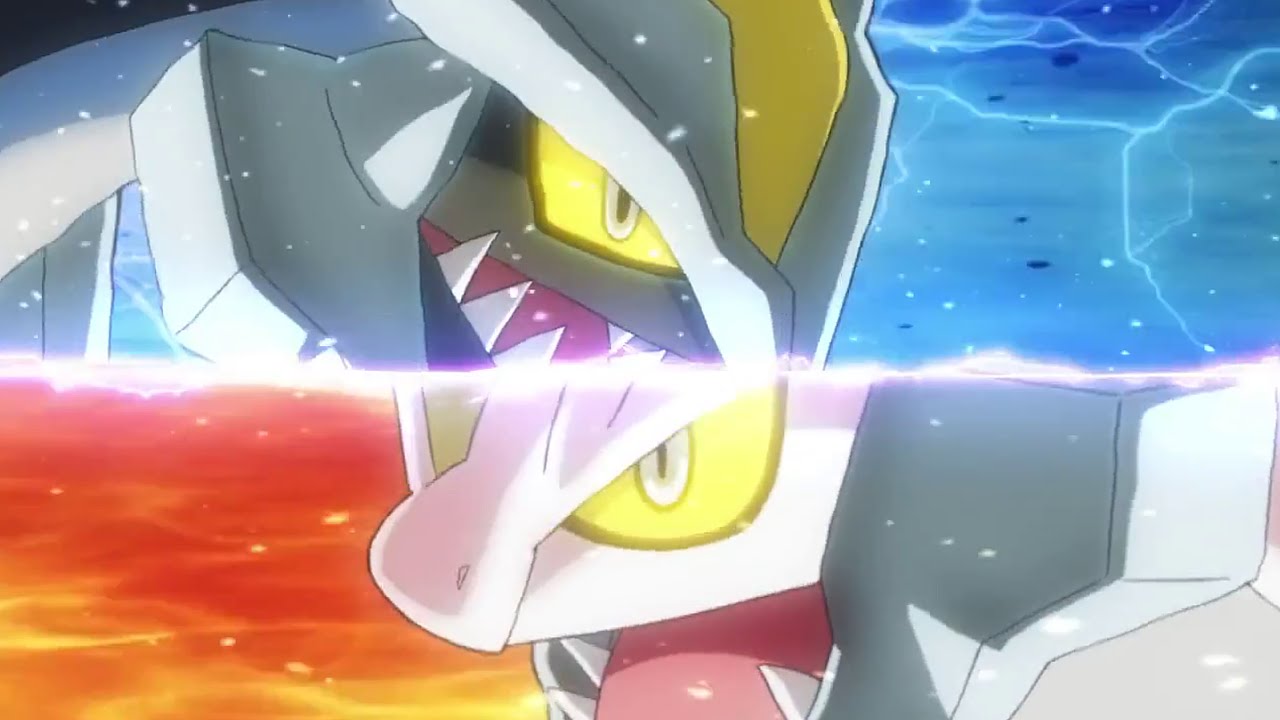 The stats alone make both Kyurem forms worth discussing. Ice/Dragon is an awful defensive typing, but offensively the combination of Ice Beam/Draco Meteor aided by Fusion Bolt/Fusion Flare is hard to switch into. These two are viable, but it could be hard to make them work.

Even separated from Kyurem these two could be good. Reshiram and Zekrom both have promising stat spreads, but Zekrom could rise into the spotlight considering how well it matches up with Kyogre. Reshiram can pack a serious punch with Blue Flare especially if it is aided by Groudon’s summoning of the sun.

Rayquaza lost a little too much from losing Dragon Ascent. It lost one of its most powerful moves and its ability to Mega Evolve, both which severely damage its case for a team slot. Not only that, Kyogre isn’t in need of Air Lock since Groudon can’t evaporate its Water-type moves. See you in Ultra Series buddy.

Even with access to Multiscale, Lugia’s slow and defensive playstyle isn’t too popular for double battles. There could be some potential hiding in this Pokemon once Z Crystals arrive in the Moon series, but for now, Lugia is sitting at the bottom.

Giratina just simply doesn’t offer enough in the 2019 format. It has decent defenses, but it doesn’t do much damage which often leaves it sitting on the field doing little. Giratina’s Origin Forme functioned as a solid Primal Groudon counter back in 2016, but even then it wasn’t among the greats. 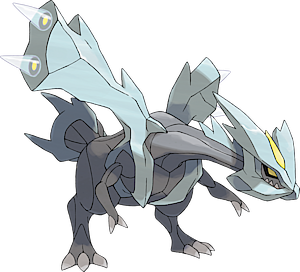 These two are pretty much in the category of “why use us when we have better alternate forms?”.

These pre-evolved forms of Lunala and Solgaleo don’t learn any attacking moves, so they’ll be doing literally nothing besides boosting their defenses with Cosmic Power or using Splash or something. If either of these two earn Championship Points this season the world will be shocked. They can stay in the bag.

Well, that’s our early tier list for all of the restricted legendary Pokemon allowed for VGC 2019. Of course it’s still early, and many Pokemon in the B and C tiers show a lot of potential to make deep tournament runs. Let us know if you agree or disagree with our list, and make a case for which Pokemon you think could be the best or the most underrated for the upcoming Sun Series of VGC 2019.