Ever since it received its Hidden Ability, Intimidate, Incineroar has been a dominant force in Pokemon VGC. The scene saw first-hand how dominant Incineroar could be during the Sun and Moon Series of VGC 2019 where Incineroar’s usage hovered around 80% across online ladder and tournament statistics. In recent times, it has been rare to see a Top Cut without Incineroar being on the majority of teams; but that could change during VGC 2019’s Ultra Series.

Incineroar is still a fantastic Pokemon, and isn’t going anywhere soon. However, considering the variety of now viable options available to fill some of Incineroar’s roles on a team, it will likely drop a bit from its previously tall pedestal.

More Options for Fake Out

Fake Out is arguably one of the best moves in the VGC format, and its usefulness becomes exponentially greater in a format like VGC 2019. In such a set-up heavy metagame, getting even the smallest of edges over your opponent can be game deciding, and Fake Out allows you to do just that.

Incineroar has been the poster child for the move Fake Out, but it’s about time for some different Pokemon to enter the spotlight. A fellow seventh generation rising star is Togedemaru which has been quite common on Kyogre teams thanks to its ability to redirect Electric-type attacks. Hitmontop, like Incineroar, also has access to Intimidate but its access to Wide Guard and ability to put out Fighting-type damage sets it apart as a unique, yet viable option. Even though Hitmontop doesn’t have the natural pivoting ability like Incineroar, a popular item for Hitmontop is the Eject Button which automatically switches it out of battle after taking a hit. Finally you have the Scrappy Fake Out users like Kangaskhan and Mega Lopunny who can slow down the format’s powerful Ghost-type Pokemon like Mega Gengar and Lunala.

While Incineroar will remain as a go-to Fake Out partner (especially for Pokemon like Xerneas), there exists many more viable options that offer other unique roles for a team. 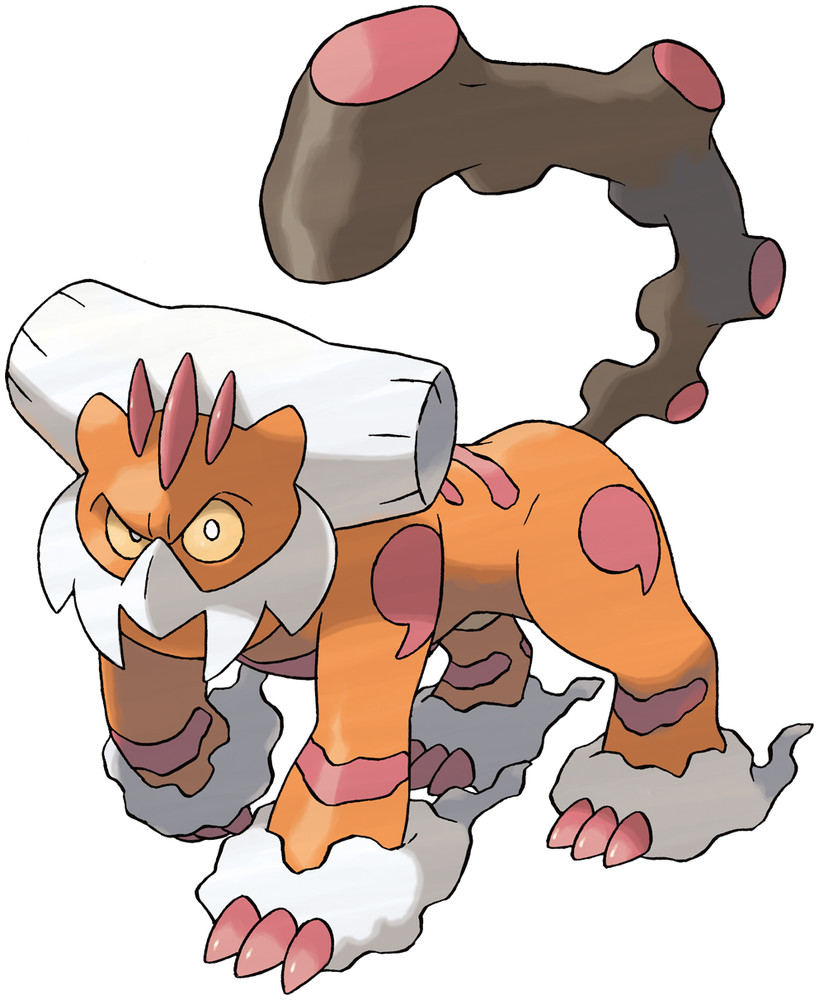 One of the best things about Incineroar is its ability, but in Ultra Series, Intimidate is an ability that can show up on a team in a number of different ways. One of the biggest additions to the format is Salamence, which has this ability before it Mega Evolves. But there are some lesser known Mega Pokemon like Gyarados and Mega Manectric that can also utilize Intimidate (in Manectric’s case it gains the ability upon Mega Evolving). Hitmontop has already been covered, but another major non-Mega Evolving Pokemon that most VGC players know by now is Landorus-Therian. Landorus-Therian ruled the Intimidate slot in VGC way before Incineroar came around, and while it’s typically not a common choice for restricted Pokemon formats, Z Moves showed us how potent Landorus-Therian can be with the Groundium Z. Also, Landorus functions as a fantastic switch-in to Primal Groudon since it not only lowers its Attack stat, but also avoids damage from Precipice Blades.

Incineroar looked to have a monopoly on the pool of Pokemon with this powerful ability, but the addition of Mega Evolutions and the state of the Ultra Series metagame allows for many more Pokemon carrying this ability to have success.

An Increased Number of Threats

Since Incineroar has been such a dominant force in Pokemon VGC, naturally the metagame would evolve to counter it. In the case of Ultra Series, this might’ve happened organically.

Incineroar had to contest with Groudon and Kyogre during the Sun and Moon Series, but with their insane power buff thanks to their Primal forms, Incineroar is going to have an even tougher time maneuvering around these two. This is why some players have turned to Pokemon like Salamence or Hitmontop since they either resist the weather duo’s primary forms of damage or can block them outright with Wide Guard. Speaking of fellow Intimidate Pokemon, Landorus-Therian players usually save their Z Move for opposing Incineroar (if there’s no Primal Groudon to deal with), and even with an Attack drop, a Tectonic Rage is not an attack Incineroar wants to stick around for. Finally there is the new threat of Ultra Necrozma, which may be weak to Incineroar; however, with access to Earth Power that receives a boost from its ability Neuroforce, Incineroar faces an equally unfavorable matchup. Even some Mega Rayquaza carry Earth Power now just to hit Incineroar.

Making a Case for Incineroar

Even with all of that being said, Incineroar will likely still permeate the VGC 2019 metagame. It certainly has its flaws and many of the biggest threats in the metagame against it, but it always seems to finds its way on top.

One of the biggest selling points for Incineroar is that it’s one of the best viable Dark-types in the format that doesn’t take up a restricted slot, which proves to be a valuable asset in a metagame with Psychic attack-spamming teams and Lunala running around. Plus, Incineroar has a powerful signature Z Move that can easily decimate said threats. While one could make the case for Pokemon like Weavile and Alolan Persian, these two can’t perform to the same level as Incineroar. A diverse movepool, impressive bulk, Intimidate with the ability to pivot and access to Fake Out make Incineroar a complete package that can easily be the glue for a team.

However, with all of the new options players have to fill Incineroar’s kit of tools, it doesn’t feel like as much of a necessity for teams as it once did. As Ultra Series goes on, players will likely try out different stuff and this will likely lead to more successful teams without Incineroar. While it will still top the usage charts, Incineroar should see a slight decline that will likely humble this proud wrestling cat.