Anthony Grant has a really good roster and a bonified star in Obi Toppin to lead the way. Also, Toppin will be playing next to Ryan Mikesell who will bring a veteran presence and the ability to be very efficient inside. Trey Landers will bring steadiness in the backcourt along with Jalen Crutcher. In addition, Ibi Watson could elevate this team in the backcourt with knockdown perimeter jumpers.

Dayton has a veteran and deep team with a star. They could elevate themselves to the top of the A-10. They will have major opportunities in the nonconference schedule playing in the Maui Innovational as well as against St.Mary’s and Colorado. Further, Dayton will be a team that will take the next step and make the NCAA tournament.

Aaron McKie is going into his first season taking over for Fran Dunphy and he has a team that is more than capable. Quinton Rose is an all-conference player who is very versatile and dynamic. Also, Nate Pierre-Louis is one of the steadiest point guards in the country. Furthermore, J.P. Moorman and Justyn Hamilton will be very productive in the frontcourt to compliment the perimeter.

Aaron McKie will be able to add his game plan to this team in a way he hasn’t before. In addition, they will need to win some games in the non-conference play such as USC. This team has an opportunity to return to the NCAA tournament and be a contender in the American.

Bob Huggins has a roster capable of surprising teams in the Big 12 and has an opportunity to rise in the standings. This team is still young but has plenty of talent. The frontcourt will be very good with Derek Culver and Oscar Tshiebwe, who will dominate the boards. Also, Jordan McCabe and Brandon Knapper will elevate as sophomores in the backcourt. Next, the wings will be very solid with Emmitt Matthews Jr., Jalen Bridges and Jermaine Haley. In addition, the x-factor for this team could be Miles McBride at the point guard position.

The toughness of West Virginia will return this season as the ability to take away drives will be their strength. West Virginia has a very young and deep team with a chance to take the next step and compete for a spot in the NCAA tournament this season. 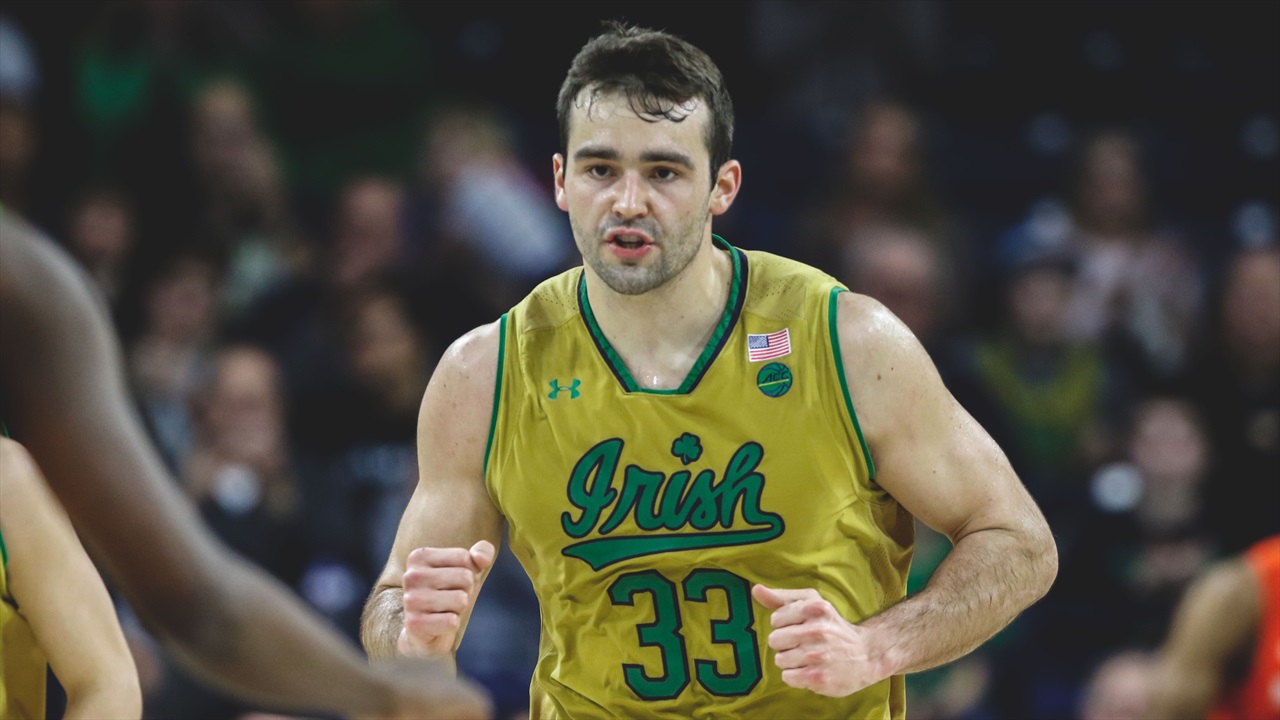 Mike Brey is bringing back the majority of his roster and a team that’s ready to compete in the ACC. This team is full of veterans and that starts with John Mooney who is very productive scoring-wise and on the boards. Also, the backcourt is very solid with Prentiss Hubb, T.J Gibbs and Rex Pfluger coming off his ACL injury. Next, Nate Laszewski is capable of taking a major jump as a dynamic stretch big who can compliment John Mooney very well. Furthermore, Juwan Durham can be an X factor as another big who can be added to the rotation.

Notre Dame has a pretty complete team if they stay healthy they will surprise teams and get back to the NCAA tournament.

Tad Boyle’s team showed promise last season in the PAC-12 and now has the opportunity to show even more this season. Further, the size and athleticism in the backcourt stand out with this team. This is led by Tyler Bey who brings really good strength in attacking the basket and getting good shots as well as D’Shawn Schwartz who has great scoring ability, especially from the perimeter. In addition, the most important player is McKinley Wright who is one of the best point guards in the country he has the ability to score at a higher level. Now, if the frontcourt for this team can take the next step with Dallas Walton and Evan Mattey. If they do develop then Colorado will be a lock to make the NCAA tournament and compete at the top of the PAC 12.