A Look at the Columbus Blue Jackets…

Dotson is arguably the fastest player with the ball in the country and is great in transition. His ability to go off of a ball screen is dynamic and he finishes around the basket well. He’s a good distributor but can be more consistent and look to create for others. Dotson is a solid three-point shooter but could take another step there as well. He is a really good defender and with his small size, he can get under players. His lateral quickness is top level.

Smith is super athletic and is very active on the boards. He must improve his body to become stronger to operate in the interior. Smith is solid around the basket and can clean up misses well, but needs to develop a go-to move in the post. He can step away and hit perimeter shots. Smith is a really good rim protector and alters a lot of shots. He has the ability to continue to improve and be a top 15 pick in the NBA draft in 2020.

Williams has a good jump hook to his right hand and a solid drop step to his right. He’s active in getting post position and is a good screener. Williams is a solid rebounder who needs to develop a left hand and become a better decision-maker. He does a decent job of helping and recovering in ball screen action. Williams doesn’t have the best foot speed and can get attacked by quicker bigs. Also, he communicates well and gives a good effort on defense consistently. Williams will look to make a major leap in his sophomore season.

Stewart brings great effort on a consistent basis and is a dominant force around the basket. Also, he rebounds at an extremely high level on both ends. He has the ability to consistently having 20 and 15 games this season. Further, his defense is solid. He moves his feet well and can alter shots at the rim for drivers. Stewart will be the primary post for Washington and will bring a great consistency of effort as a tone-setter.

Tillman a tough player who operates around the basket very well with good feet. He’s very active on defense. As a great rebounder, he consistently gives max effort on the boards. His hands are very active and he does a good job of closing out on shooters. He’s active in the post on offense but struggles to finish when a secondary defender digs down to help. While he is one-on-one with a good matchup, he can score at a high level. To take the next step he must be able to operate with others and be stronger with the ball. 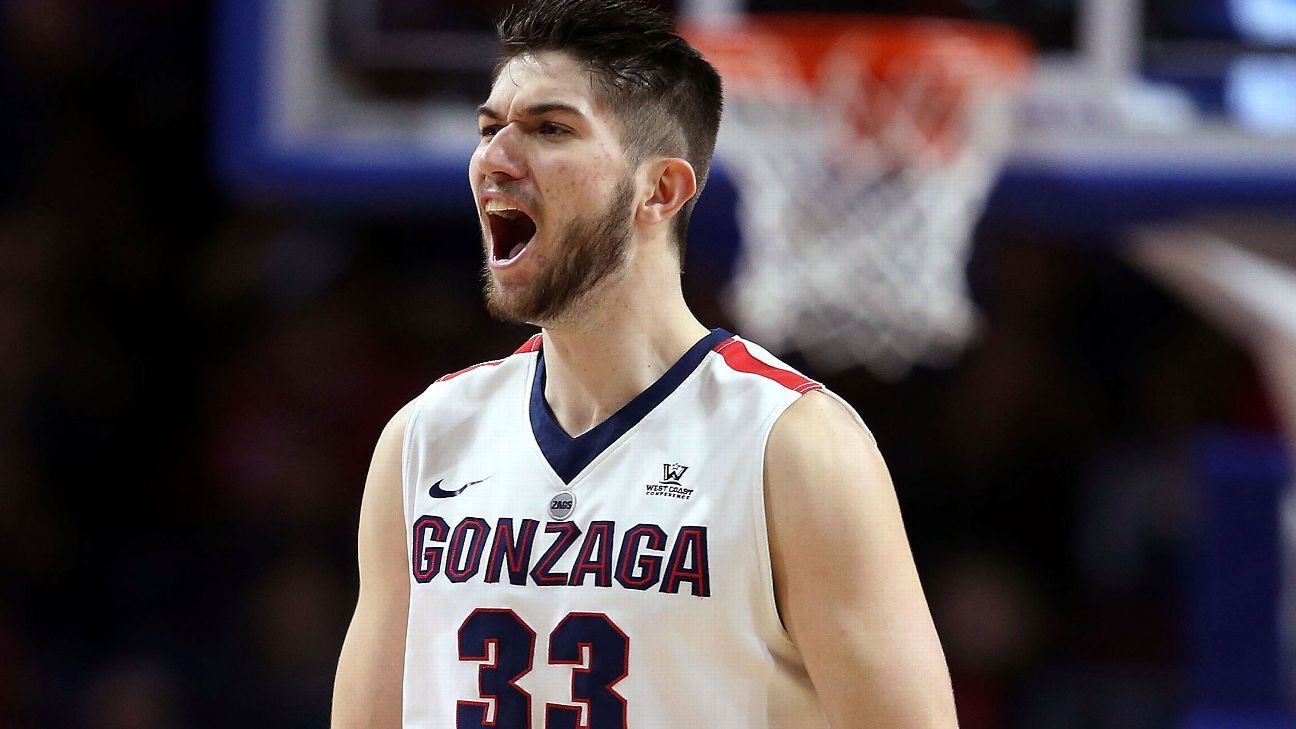 Tillie’s ability to score at all levels is really good and his shot is very smooth. He moves extremely well without the ball as a big and his ability to spread the floor is great. He’s very effective off of ball screen action, as he’s able to pop for a perimeter shot or drive to the basket as a roller. Health is the only thing going against Tille as he missed the end of the 2017-2018 season and the majority of the 2018-2019 season. He moves his feet very well defensively and is great in helping and recovering. The ability to guard in the interior and the perimeter is very solid. Tille will look to stay healthy in order to make himself a first-round pick in the 2020 NBA draft.

Hagans needs to improve more as a go-to scorer with the ability to shoot. He also can improve in being more of a distributor. Hagans is a good on-ball defender who has the lateral quickness to continue to excel on the defensive end. He has a tendency to get caught out of the position off the ball. Hagans will have the opportunity to lead Kentucky to a deep NCAA tournament run.

Simpson is one of the best overall defenders in the country. His activity and technique are as good as it gets. He is very quickly being able to stick with guards off the ball. Also, his active hands can force many bad decisions by opposing guards. The ability to play defense with the lower half of his body is exceptional. The lateral movement is so good with his feet always at the exact angle needed. His running hook shot is the most unique shot in all of college basketball and is very effective. Further, he is very strong with the ball and does a great job of getting in gaps and finding teammates. Also, he rebounds very well especially for a guard and initiates the offense in transition. He can improve his perimeter jump shot to have a complete offensive skill set.

Perry is really athletic and brings good physicality in post-up situations, but needs better touch around the basket in heavily contested shots. Further, his ability to make perimeter jumpers consistently is good. Perry must improve upon becoming a better driver to complete his arsenal. He has a very high ceiling to develop into one of the best players in the country next season. He moves his feet really well with the ability to guard multiple positions showing his great versatility.

Dosunmu is a long defender who can cause major problems for guards. He’s an active defender and rebounds well too, allowing him to immediately push in transition. Being a great athlete, he can get to the basket but must improve being smoother with better control. He has great energy with the ball and is a good distributor for others. In order for him to take the next step, he needs to be a more confident and consistent perimeter shooter.

Marshall can get to the basket very well with his very physical body and he is extremely long. He will post up smaller players and can score effectively in the post. His ability to pull up in transition is good with a nice step-back move. For a bigger wing, he handles the ball very well and flashes in the high post effectively. The ceiling for Marshall next season is extremely high. His length as a defender causes major issues for perimeter players. He lacks great technique and positioning, however, if he can fix the little details he can be an elite player.

Langford moves without the ball really well and gets set with the ability to make perimeter jumpers. He can get to the basket and midrange but could develop more explosiveness to get to his spots quicker. Langford is an elite defender on the perimeter as his positioning and technique are great. Next, he is extremely engaged off the ball and is in a great position to help. Also, his active hands make him a really good defender. Further, his health will be the biggest key for him to have a great season, as he is coming back from his injury.

He is a very good shooter from the perimeter and can dribble penetrate for mid-range jumpers. Weiskcamp moves without the ball very well and is always shot ready. He has good size and can post up in mismatches. He is a solid driver but can improve his finishing ability. He’s a good defender with his size and length, as he contests all shots very well. Weiskcamp will be the primary scorer on the perimeter with the injury of Jordan Bohanan being out indefinitely.

Henry is solid offensively and takes high percentage shots with threes and mid-range jumpers. He rebounds well and also gets second chance opportunities. He is sneaky athletic as well as a very well rounded player who could take the next step filling in for Matt McQuaid next to Joshua Langford. Next, he has the ability to attack the basket in full control and finishes strong. Henry plays with good size and length defensively as he is always in a good position. The one improvement is to have something in his game stand out and be great at something, but he is already very solid across all areas.

Johnson is very good at going downhill off of ball screen action. He plays with very good feel and can finish well around the basket. Also, he can consistently hit mid-range pull-ups and three-pointers off the catch and bounce. Johnson is a high-level scorer. The ability to help and recover is very good for Johnson. Further, his length and on-ball defense with staying in front and contesting is really good.

Surefour Adamantly Wanted Media to Know, “I just play the same no matter who I’m playing against.”