Jarreau brings great versatility and effort for Houston on a consistent basis. Furthermore, he has the ability to be a really good slasher getting to the basket. Additionally, he rebounds the ball extremely well and can play multiple positions. Also, he needs to continue to get better as a shooter from the mid-range, as well as increasing his range to be more of a shooter. On the defensive end, he brings great intensity and length is a very good on-ball defender. Next, he turns his defense to the offense being able to make plays happen in transition. Jarreau will be the veteran for the Houston backcourt that must keep that toughness going for Houston as favorites in the AAC. 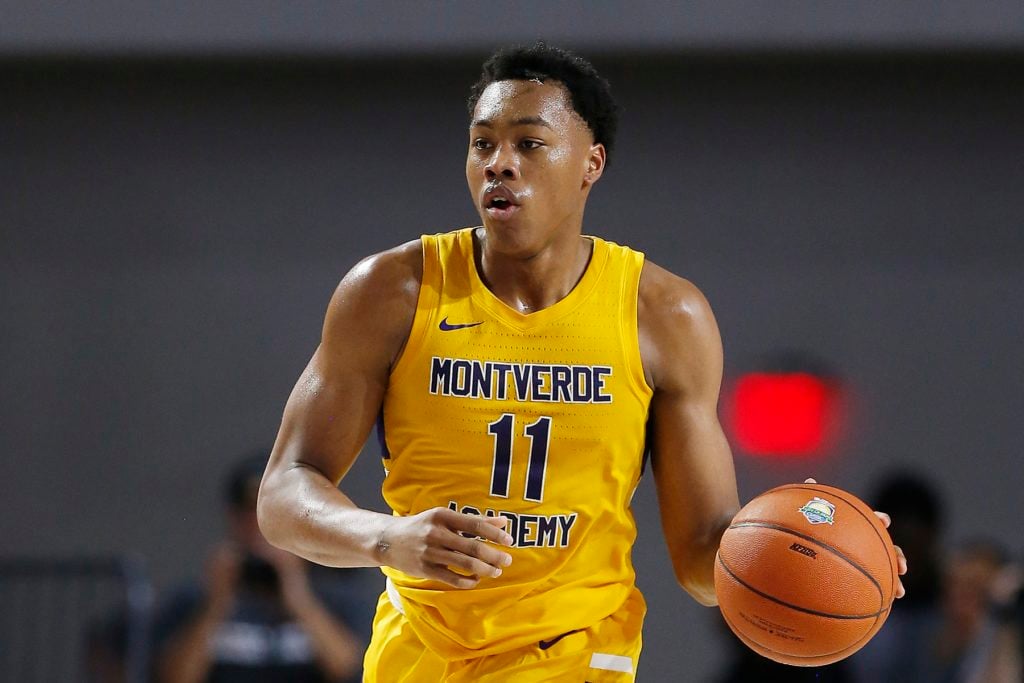 Barnes fits right into the culture of Florida State and will bring great toughness and versatility for Florida State. Further, he competes on every possession with his great motor being a tremendous on-ball defender. Next, he is a really good rebounder and will have a great impact there as well as in transition. Also, can pass the ball at a high level being able to play with others extremely well. Additionally, his strength and size allow him to get to the rim and finish at a high level. His shot will need to improve but he is a solid mid-range shooter. Overall, Barnes will have a great impact on the success of the Florida State team.

Weiskamp has really good size and has the capabilities to be a very good scorer and shooter. He can be really dangerous in transition spotting up as a shooter making threes at a high rate. Also, he is really effective off the basketball being shot ready and he is solid creating off the dribble as well. His shooting numbers got worse from his freshman season and need to improve to have Weiskcamp be one of the best wings in college basketball. Furthermore, he can be really effective as a cutter and coming off of screens with his size and shooting ability. Also, he can post up smaller defenders with the ability to shoot over the top. The area he needs to improve is the ability to get to the rim and finish strong and be effective. The offensive potential for Wieskamp is very high and could be the key to make Iowa a true National Championship threat. He is long and moves well with the ability to guard multiple positions. Also, in the zone, he is very versatile and a key component to their success. Weiskamp has the potential to be the game-changer for Iowa if his shooting percentages go up they will challenge for the National Championship.

Samuels has good size and brings good versatility on the wing for Villanova next to Saddiq Bey. He’s a very solid cutter which opens up easy opportunities for plays at the rim and threes for others. Furthermore, he’s a solid catch and shoot three-point shooter but has had inconsistencies that must improve upon for next season. Additionally, he plays very well within his role and contributes effectively to the boards. He has good athleticism not great but always finds himself in a good position to score and moves well off the ball. Also, he could look to attack more when he has the size or quickness advantage on the wings. Samuels is a very solid offensive player who will play a crucial part in Villanova’s success. As for the defensive end, he must improve his strength because he can be matched up with bigger players with Villanova’s roster construction. Also, he needs to improve his positioning at certain times guarding the ball to closely. Samuels and Bey could create one of the best wing tandems in the country looking to help Villanova win the National Championship. 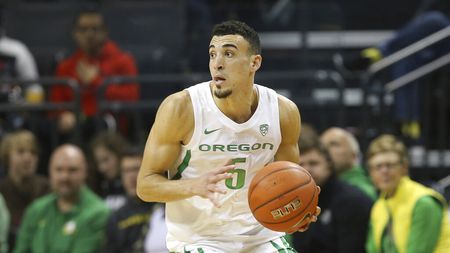 Duarte brings the great ability to score the basketball with his three-point shooting range and effectiveness from deep. Further, he has a very good size which makes him very effective in getting to the basket especially in transition. Next, his size allows him to get shots off pretty easily from the perimeter against a good defense and makes him an effective rebounder. Also, he has the ability to create off the dribble and must attack the basket more in the half-court and improve his finishing ability. Now, defensively he does a very solid job of containing the ball and uses his length well. He could improve his aggressiveness defensively and be more physical with added strength but does a very good job defensively. Duarte will be the go-to scorer for Oregon next season next to Will Richardson in the backcourt.

Shackleford is a scoring guard who is dynamic and has a very good shot-making ability. He’s got the ability to drive to the basket effectively. His ability to catch and shoot the three is very good and he has a very quick release. Next, he has a very good feel and ability to break down his defender to get in the middle of the lane to make shots. His overall size allows him to get to the basket consistently and get to his spots as a scorer. The area where he could become better is being more efficient as a shooter and scorer getting better shot selection. Shackleford will continue to improve in the Nate Oats’ system that allows guards to flourish. Defensively, he has decent size but doesn’t contain the basketball very well. He could improve his overall ability to defend the ball. Shackleford will be a part of a dynamic Alabama perimeter looking to reach the NCAA Tournament next season.

Morsell is one of the most versatile players in the country and brings very good play on both ends of the floor. Furthermore, he has the ability to make open threes and does a really good job with rebounding on both ends. Also, he does a really good job of getting downhill to the rim and finishing strong with his physicality. Next, he can cut very effectively to the rim and he doesn’t require the ball to make an impact for Maryland. He contributes on and off the ball at times with being a good threat in transition. He could improve his ability to make shots off the dribble. Morsell is a really good glue guy, impacting Maryland’s success in so many areas. Now, defensively he has good athleticism but he can overplay at times and get off balance. He needs to improve his positioning and being a more effective defender he can be. Morsell will be apart of a very good perimeter for Maryland with Eric Ayala and Aaron Wiggins.

Verge Jr. has the ability to take over any game with his ability to score the basketball. He’s really quick and dynamic with the basketball, but his strength really needs to improve so he can finish at the rim consistently. Next, when he’s in transition with the basketball he’s very dangerous and makes major impact getting easy looks at the rim. The open court speed of Verge Jr. is a big aspect of his game. Also, his control can be an issue at times and that’s an area he can improve in. Further, the ability to create shots off the dribble is really effective and makes him hard to guard. The mid-range game for Verge Jr. is very solid, but he can improve his perimeter jump shot. Now, defensively he lacks good energy on that end and the positioning will show at times. His engagement needs to improve with his length and athleticism he has. Verge Jr. will be a major part of the dynamic perimeter of Remy Martin and Josh Christopher.

McBride plays with good toughness. Additionally, he is effective with making plays off the dribble especially getting to the mid-range. Next, he’s efficient in ISO situations with the ability to break down his defender. He can get to the basket with a solid first step and his physicality. Also, he could become a better shooter from the perimeter to take the next step in his game. He can be very effective in transition with the ability to finish at the rim. The offensive continued development will be very key in McBride’s growth. On the defensive end, he brings exceptional toughness and activity on the basketball. His lateral movement is very good and does a very good job of containing the basketball. He’s the anchor of West Virginia’s perimeter defense. McBride will continue to develop into one of the best two-way players in the Big 12.

Ford brings really good size and versatility to Wisconsin with the ability to make plays off the dribble and catch consistently. Next, his shot-making ability from the perimeter is very solid in catch and shoot situations. Also, he does a really good job on screens either coming off of them as the cutter or releasing as the screener. His steadiness on the offensive end is a big contribution to the success of Wisconsin. The pick and pop ability by Ford is his best trait and is really effective in those situations. Now, an area of improvement for Ford would be his ability to drive the basketball and finish strong at the rim. Defensively, he brings great versatility and size he could become a more physical player, especially on the boards. However, he does a very solid job of using his length on and off the ball. Ford is a very key player to the success of Wisconsin as they look to make a deep NCAA tournament run next season.