Hauser will fit into the toughness of Michigan State with his rebounding ability and versatility. In addition, he can make the catch and shoot threes on the perimeter and post up very effectively. The overall versatility on offense he can bring will be very important to the success of Michigan State. If he can polish his offensive skill set, he will take the next level as a player being a more effective scorer. The physicality he plays with on both ends of the floor is great. Now, defensively he must improve with containing the basketball and be more mobile defensively with getting caught of position less often. Hauser must improve on the defensive end to be a more complete player. Hauser will have a major impact on the overall success of Michigan State next season

Lundy is very strong and brings a really good size for Penn State. Next, he does a really good job of spotting up on the perimeter for threes and makes them on a consistent basis. Also, he has the ability to run the floor effectively in transition with his shot-making and physicality at the rim. The area of improvement for Lundy is his ball skills and ability to get to the basket more effectively and finishing better. His physicality could make him a very difficult matchup guarding him going to the basket and with his shot-making ability from three. Now defensively, he needs to increase his mobility defensively to guard on the perimeter. He has really good size and physicality but the movement laterally is a major factor in his defensive capabilities. Lundy has the potential to be a very good versatile piece for Penn State with more development.

Manek is the ultimate stretch big with his shooting ability. He’s really good as a trail man in transition being able to get a quick open three. Also, he’s always in a really good position to shoot the ball with good form. Next, he’s dynamic in pick and pop situations with the ability to stretch the defense and his shooting. He also can take defenders off the dribble at times. In addition, he needs to improve his strength so he can operate more effectively inside the three-point line. Further, he does a solid job with head fakes to attack the mid-range and basket. The touch around the basket is good the strength just needs to improve. Now, defensively he moves well on the perimeter and can stay in front containing drives. Manek is a knockdown shooter who will have a very good senior season at Oklahoma.

Brown will be entering a veteran-laden Texas team poised to return to the NCAA Tournament. Further, he will bring great athleticism with tremendous length. Next, he is a very good player in transition with his ability to run in the open floor and make plays happen. He must continue to develop as a shooter to become a real force on the offensive end. Additionally, his skill level offensively must continue to develop in order to make his athleticism pay off. The overall versatility he will bring to Texas will be key especially on the defensive end. Lastly, the length and athleticism make him a dangerous defender with the ability to defend the rim. Brown is the next five-star frontcourt player to have high expectations at Texas. 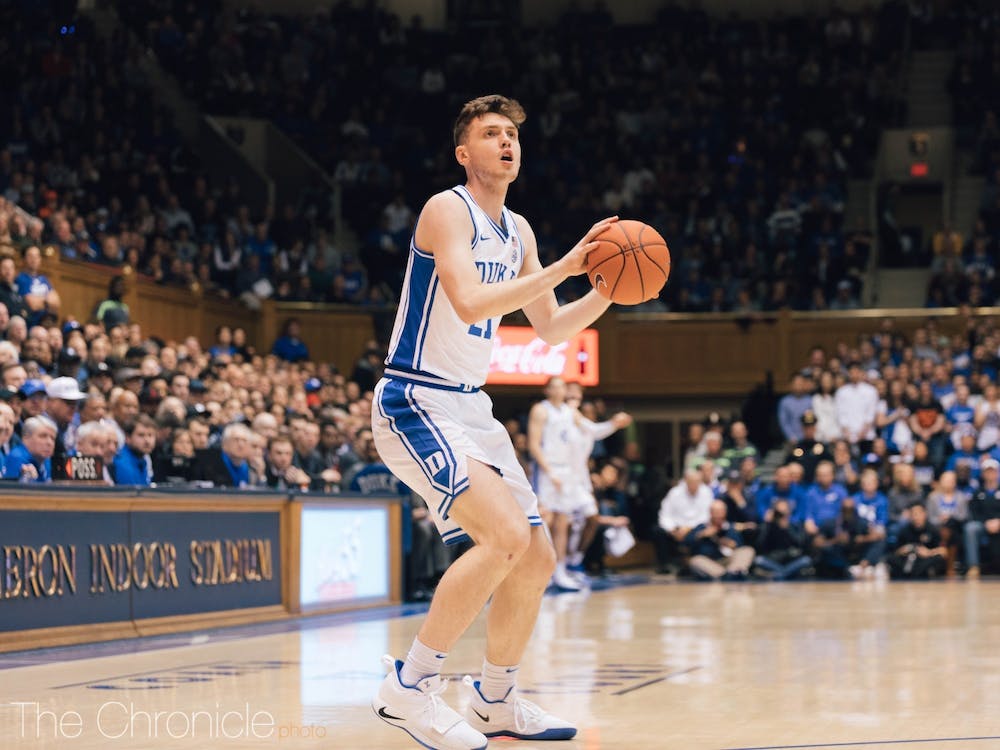 Hurt can stretch the defense with his great shooting ability from the perimeter. Furthermore, he is very skilled with the basketball as he can show more of a complete scoring game offensively next season at Duke. He will need to continue to develop his driving ability and mid-post game to be the overall scorer he can be. Also, he must get stronger to be a more effective rebounder and post-up player. Defensively, he must improve his ability to contain the basketball on the perimeter and improve his overall strength to be able to guard in the interior. He must become a capable defender and not be a liability at times defensively. Hurt can be a very good offensive player for Duke next season if he improves his overall scoring and strength.

Williams is very athletic and brings really good energy. Next, he is really good in ball screen situations diving to the rim hard and finishing very strong. Furthermore, he shot the ball very effectively around the basket and is great in the second chance opportunities. He shot the ball very well from deep in pick and pop situations and could be dependable from deep. Williams could improve his overall skill with the basketball and his face-up game to be even more effective, as well as, his overall post-up game with his back to the basket too. Now defensively, Williams brings good effort and athleticism with the ability to protect the rim. He will struggle to guard on the perimeter and staying in front of guards and wings. Williams will bring great effort for LSU and be a dynamic five-man for LSU next season looking to improve on both ends.

Santos-Silva will fill a major void on the interior for Texas Tech. Furthermore, he will be very productive on the offensive and defensive glass, as well as being a go-to option inside for easy scoring opportunities around the basket. He will bring skill and consistency to the Texas Tech frontcourt. The biggest contribution will be on the offensive end. As for defensively, he must be more solid on that end to be a rim protected for Texas Tech. Santos-Silva will be a major part of Texas Tech’s success this season.

Perkins has really solid size and brings good shot-making for Saint Louis. He does a good job of spotting up on the perimeter and makes threes on a consistent basis. He’s a very effective mid-range shooter and cuts effectively to get open. Additionally, his physicality can allow him to create space and make shots effectively. He’s a very consistent and solid player with the ability to create off the dribble being in control. Perkins brings a steadiness to Saint Louis and is one of the best players in the A-10. He could create more effectively to get to the basket using his size and strength. As for defensively, he moves well with very solid size and length on the basketball, as well as having the versatility to guard multiple positions on the perimeter. His effort and energy on the defensive end is very good and is vital for Saint Louis. Perkins will try and help Saint Louis live up to expectations as the A-10 favorite.

Mitchell brings very solid toughness and the ability to play inside and out for San Diego State. He has the ability to make shots off the dribble and he can get to the basket with his size off the bounce. Furthermore, he really prefers to take one-dribble pull-ups from the mid-range and can get isolated in the high post for drives. Additionally, his ability to be a catch and shoot threat from deep is really solid and with his size, the ability to play inside and out can cause matchup issues. Mitchell is a really solid player with an offensive skill set that makes a major impact on San Diego State. As for defensively, he’s a solid defender with good physicality, he lacks good positioning at times and will take poor chances. He doesn’t move great so he can’t contain the ball that well. Mitchell will be a go-to option for San Diego State next season without Yanni Wetzel, KJ Feagin and Malachi Flynn.

Polley brings really good versatility for UConn and scoring ability inside and out. Next, he is an active player and can do well on secondary cuts to the basket for easy looks. Also, he spaces the floor really well with his ability to make shots at a high level. Furthermore, he’s really dangerous in transition spotting up for threes with his quick release and size. Continued, he’s consistently in a position to score either as a shooter from the perimeter or as a cutter finishing at the basket. His size gives him great advantages to shoot the ball really well and the ability to make plays at the rim. The ability for Polley to come back off his ACL tear will be the key because when healthy he’s a very solid player. Now, defensively he brings the versatility to guard multiple positions. In addition, his size is really good and moves very effectively. Polley will be a major part of UConn’s success in the Big East if he returns healthy.