Pritchard brings good energy defensively with active hands. He’s always in a really good defensive stance and is willing to do the extra work on defense. He always closes out strong on shooters. The ability to distribute is there he gets good driving lanes off of ball screen action. He is a good perimeter shooter, but he must improve his efficiency to become a really good shooter. He pushes the ball very well in transition with the ability to finish around the basket. He’s not the most athletic guard, but he uses his craftiness to get shots off in isolation situations.

Ford, on offense, is a high-level scorer with the ability to hunt for his shot. The craftiness he brings on offense is very good. He is able to create space with the deception of head fakes and jabs. Further, he is very good at spotting up on a dime and being able to elevate high for great shots. The overall body control is really good, as he finishes around the rim with great touch. Next, he moves without the ball well and can hit spot-up threes. The ability to break an opponent down one-on-one is one of the best aspects of his game. He could become a better distributor to be one of the best point guards in the country. Also, he does a pretty good job on the ball defensively with good activity.

Dosunmu is a long defender who can cause major problems for guards. He’s an active defender and rebounds well too, allowing him to immediately push in transition. Being a great athlete, he can get to the basket but must improve being smoother with better control. Great energy with the ball and a good distributor for others. In order for him to take the next step, he needs to be a more confident and consistent perimeter shooter. 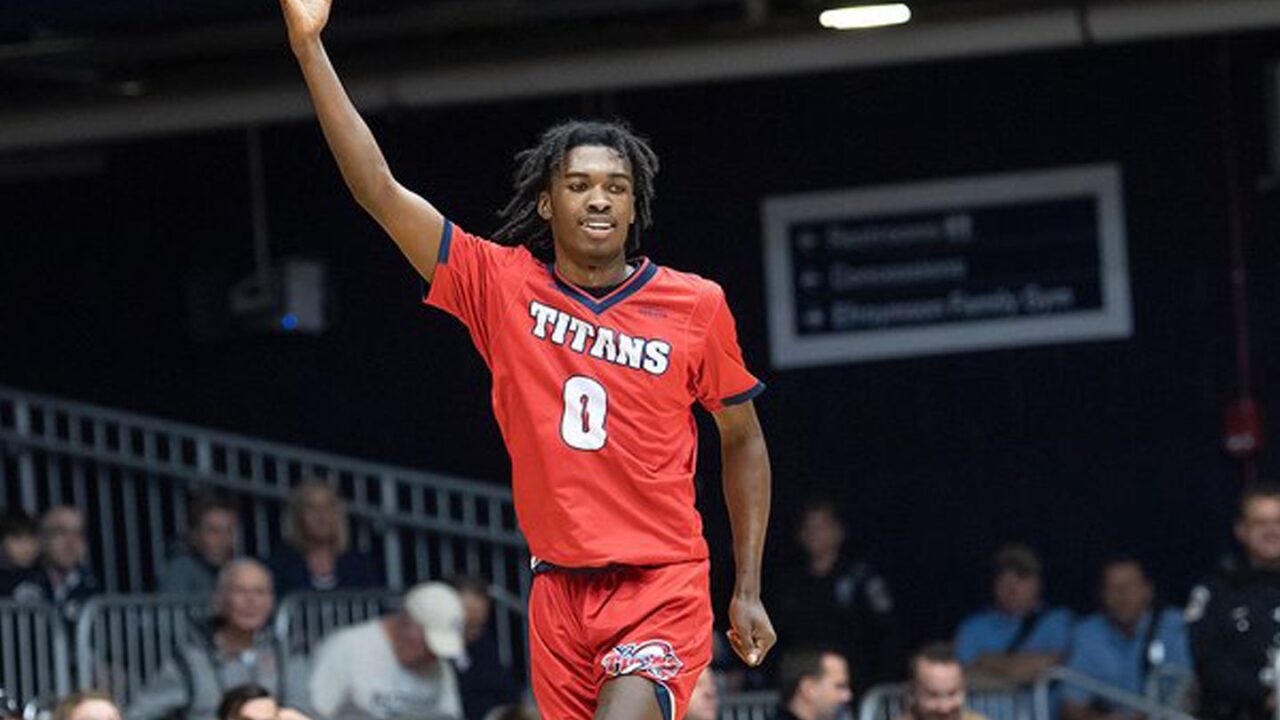 Davis is the go-to player for Detroit, leading them in many statistical categories. He’s very explosive and can get downhill extremely well. His ability to finish around the basket is really good as well as his shot-making ability. Davis will take tough threes and be able to make them at a high rate. He is purely a bucket getter whose shot selection could improve to take the next step. The ability to finish off-balanced in the paint is a very good part of his game. An area in which he can improve is his ability to get others involved which will open the floor more for himself as well. He lacks good size as a defender can give up easy buckets off of switches with height and strength mismatches. His length and athleticism would make him a good on-ball defender if asked to do more of it.

Nembhard is a good distributor and is solid off of ball screen action. He has very good size and length, helping make him a really good on-ball defender. He operates well in the middle of the lane, however, he needs to be more assertive as a scorer. The sophomore rebounds very well for a guard. He can struggle to recover and close out on shooters a step late. Nembhard has the ability to set the tone for a loaded Florida roster returning.

He’s a really good distributor, setting up his teammates to succeed. Akinjo brings good effort defensively, as he’s quick and plays with active hands. He can cause issues for guards by getting under them to force turnovers. His mid-range game is solid, as he is able to finish with runners or by distributing to others. His driving ability is there with a quick first step. The production should only continue as he further develops his skills and body hoping to lead Georgetown to the NCAA tournament next season.

Clark is an elite on-ball defender and a very scrappy player. He will set the tone defensively for Virginia and will be the primary guard in the backcourt with departures from Kyle Guy and Ty Jerome. Next, he is a high IQ player. Clark is a good distributor and gets to the basket well. The area he must improve upon most is becoming a more reliable shooter.

Gillespie is a very high IQ player with great sense and skill set. His ability to be composed and have control is exceptional with jump stops and head fakes. He’s a really good overall perimeter shooter who could improve as an overall driver. His athleticism is not great therefore he can struggle to get by quicker guards. He’s best as a spot-up shooter needs to be able to go off the dribble also. His footwork on defense is really good with active hands. He brings good energy with his help in closing out on shooters. He can get caught with digging down on the post and lacks the quickness to get back to his man. His on-ball defense is very good as his technique is very sharp. Gillespie is looking to lead Villanova back to a deep NCAA tournament run.

Alexander is a bucket getter who can fill it up in quick spurts. He can move without the ball well and cuts to basket efficiently. His ability to score at all three levels is really good. His shot selection can be questionable at times. He’s a strong driver as well with his size and good skills. Alexander brings really good length, but he lacks great activity on defense. He could use better positioning and edge to take the next step defensively. Alexander will be a volume shooter and a leading scorer for Creighton next season.

Wright is effective in ball screen action and can get to the basket and finish doesn’t have great overall explosiveness. He must have separation from the defender to operate well. His ability to hit spot-up threes and mid-range jumpers are pretty good, but he can become a more efficient shooter. Further, his distribution skills are decent, but he is a high turnover player who must take care of the ball. In addition, his ability to go in the transition to get easy points and set up others is pretty good. Defensively he has good positioning but lacks great foot speed to stay in front of explosive guards. Wright lacks great ability to stay active off the ball and recover strongly.