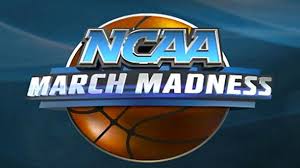 It is now March, which is the best college basketball month on the calendar. March starts by finishing up the regular season, then gets into conference tournaments and finishes with March Madness, otherwise known as the NCAA tournament. This tournament is something that brings America and the world together through good basketball, bracket challenges and alumni camaraderie. Because of how important the NCAA Tournament is, the opening weekend of the event should be a national holiday.

Only 68 teams make the greatest tournament in all of sports. After the First Four (four tournament games played in Dayton on Tuesday and Wednesday of the first week of the NCAA Tournament), is completed, the number is whittled down to 64 teams. These 64 teams all have thousands of alumni and fans who would love to take Thursday and Friday off to relax and watch their schools play. In addition to those 64 teams, there are fans of basketball in general who want to watch the madness happen. If the opening weekend was deemed a national holiday, these millions of fans could watch all of the best tournament in sports.

When it comes to basketball, it gets no better than this. Collegiate athletes are playing for the love of the game. They show their passion by diving for lose balls and giving it their all. This creates the best basketball to watch. What makes the tournament even better is the fact that it is single elimination. That makes the buzzer-beaters and other great plays down the stretch of the games more dramatic. In a lot of cases, these types of plays keep a team’s season alive. With many of games going on during the school day or work day, a lot of this good basketball is missed, which is a true crime. Is there any way that people can actually give a good reason to miss this? Not all of the great plays happen in the first round, but the other games later in the tournament usually work around the nine to five work schedule.

Some people will skip school and work to watch the NCAA Tournament’s opening weekend, and I can’t blame them at all. I would never want to miss a minute of the NCAA Tournament. Businesses were projected to lose $1.9 billion according to challengergray.com during the first week of the tournament. People who do end up going to work, don’t pay attention and cost companies money. That would make anyone wonder why companies even choose to stay open during the Thursday and Friday of the opening week. As for school, once kids become a certain age, they will be following the tournament on their phones or computers instead of paying attention to the teacher. In addition to this,  I learned valuable lessons that I can use today  from watching the NCAA Tournament. Some of the lessons I learned thanks to the NCAA Tournament are: never give up, anything is possible, it is ok to cry, win or lose be a good sport, don’t act tentatively when your chance comes (go after it) and after anything good or bad your family will always be there for you.

Bracket challenges are something that keeps a lot of casual basketball fans interested. Even if a person has no rooting interest in a team in the tournament, they will be pulling for the team that they picked in their bracket for their tournament pool.  This makes more people interested in the tournament and brings families and companies around the world together, because it gives them something they can all do together.

When it comes down to it, the NCAA Tournament opening weekend should be a national holiday so that businesses can save money, people can learn valuable lessons and families and friends can spend some quality time with one another watching the greatest tournament in all of sports.

Agree or disagree, let everyone know how you feel in the comments!

The rise of offensive tweets in Major League Baseball