Dana Altman has a very good incoming class for Oregon to go with a top point guard in Payton Pritchard. Further, Will Richardson and Francis Okoro are also very solid veterans returning who will give very solid minutes. Also, N’Faly Dante and C.J. Walker are two elite recruits who will give immediate production in the frontcourt. In addition, Anthony Mathis and Shakur Juiston will be great additions as graduate transfers. Oregon will be very deep and talented it all can mix well Oregon will have a deep NCAA tournament run.

Arizona will return to the NCAA tournament this season with elite recruits coming back to Arizona. Next, the backcourt will be elite with Nico Mannion and Josh Green bringing great skill and size along with Max Hazzard’s ability to shoot. Also, the frontcourt will be operated by Ira Lee and Chase Jeter who will bring very solid production upfront. Zeke Nnaji will have an opportunity to make an impact as well in the frontcourt. Arizona will be back to having major success this season.

Washington will have great size and athleticism and should have an elite defense. Next, the incoming frontcourt of Isaiah Stewart and Jaden McDaniels will be as potent as anyone’s in the country. Also, Nahziah Carter will have the opportunity to step up as a go-to scorer on the perimeter and continue to develop. In addition, Quade Green will take the point and will look to break through with success unlike at Kentucky. Further, Washington is building consistency under Mike Hopkins and will have return to the NCAA tournament this season.

Bobby Hurley returns a veteran team who needs to take the next step. Remy Martin will be the leader of this team again and has the ability to spark this team at any time. Also, the wings are very athletic and talented with Kimani Lawrence and Taeshon Cherry who need to both become more efficient scorers and playmakers. Furthermore, the impact of Khalid Thomas and Alonzo Verge as JUCO transfers will be huge for adding depth to this team. Arizona State has a team ready to compete at the top of the PAC 12 and win big games in March.

Tad Boyle has the potential roster to make it to the NCAA tournament. The backcourt will be led by a dynamic guard in McKinley Wright and Shane Gatling as well. Also, Tyler Bey is another dynamic on the wing with his scoring ability and versatility. In addition, D’Shawn Schwartz will be another key piece with his athleticism and versatility. Furthermore, the key for Colorado will be its frontcourt there must be a development from Dallas Walton and Evan Battey. Colorado is more than capable of reaching the NCAA tournament this upcoming season.

Andy Enfield has brought in a very talented recruiting class headlined by Isaiah Mobley with Oneyka Okongwu and Max Agbonkpolo. Furthermore, Jonah Mathews is a very good scorer and will be the go-to guy on the perimeter. In addition, Charles O’Bannon and Nick Rakocevic is will be very solid in the frontcourt giving USC multiple options and size in the frontcourt. Now, the talent is back at USC, but Andy Enfield needs to get the most out of this roster a compete to get an NCAA tournament bid.

Mick Cronin is heading in year one and will demand toughness and consistency immediately. Further, the frontcourt of UCLA will be very solid with Cody Riley, Jalen Hill and Shareef O’Neal all giving major minutes and consistency. Also, the backcourt of UCLA will be led by Prince Ali and joining him will be Jules Bernard and Tyger Campbell must develop into solid players. In addition, Chris Smith will be a very key player with his great size as a guard and could really take the next step. UCLA needs consistency from the backcourt to start building success. 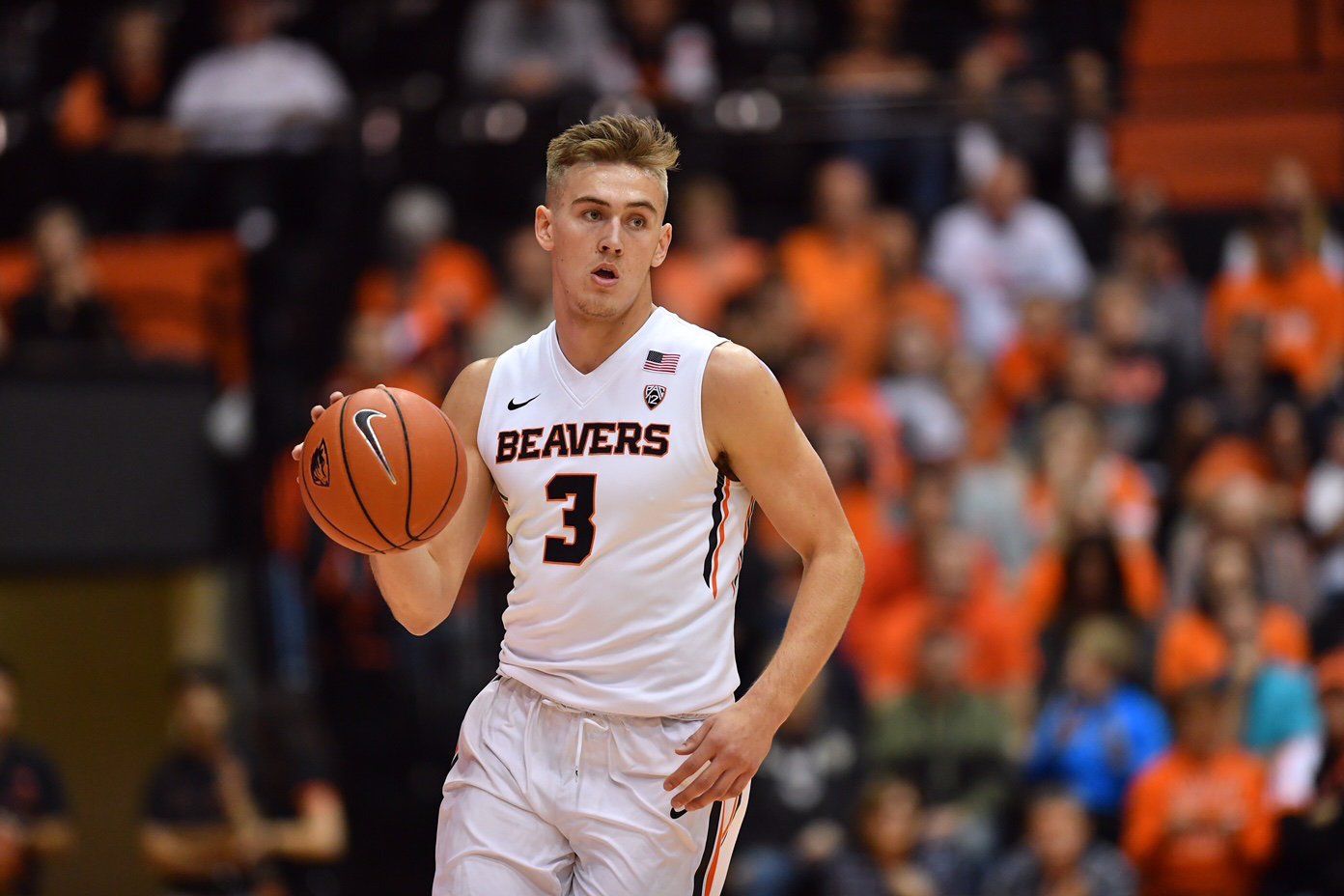 Wayne Tinkle showed major progress last season and can take that next step this season. Further, the return of Tres Tinkle is huge as he will be one of the best players in the PAC 12. Next, Ethan Thompson will have the opportunity to be the lead guard in the backcourt. In addition, Kylor Kelley could be the biggest factor as he can develop into a very dominant seven-footer who brings good skills and athleticism. Also, Roman Silva can be paired with Kelley and create a very intriguing frontcourt. Oregon State has the opportunity to have success and possibly sneak into the NCAA tournament.

Larry Krystkowiak must show progress with this roster and get more out of his team. Timmy Allen will be a big part as a frontcourt option and gives good versatility. Also, Alfonso Plummer will be a big addition as he can take over the backcourt duty as the lead guard for Utah. In addition, Both Gach and Riley Battin will be very important to have success in their frontcourt. Rylan Jones will need to start developing into a player who can operate the point effectively for the second unit and future teams. Utah must start to show progress otherwise time could be running short with Larry Kryskowiak.

Jerod Haase needs to start to turn the corner at Stanford. Daejon Davis will be a very important part of the success for Stanford has he must be an elite scorer for them. Also, Oscar da Silva will be the top option for the frontcourt and must continue to show growth into a more dominant post option. In addition, Tyrell Terry will be a very solid freshman with the opportunity to add to the backcourt immediately. Next, Jaiden Delaire can give quality minutes upfront along with Lukas Kisunas needs to develop as well. Stanford needs to take the next step under Jerrod Haase this season.

Mark Fox is in year one as Cal head coach he must start building consistency. Juwhan Harris-Dyson will have the opportunity to be a good backcourt with Austin Paris. Furthermore, Matt Bradley will be a very solid option on the wing with his ability to shoot extremely well. Also, the frontcourt must show growth with Andre Kelly and Grant Anticevich doing so. In addition, Joel Brown and T.J. Thorpe will have opportunities to contribute immediately as a freshman. Cal has a young roster that can develop under Mark Fox in year one.

Kyle Smith is taking over one of the toughest power conference jobs in the country. The backcourt will have Jervae Robinson and Marvin Cannon will give them opportunities to give them lead guard minutes. In addition, CJ Ellerby will have an opportunity to take the next step and develop into a solid wing for Washington State. Also, Jeff Pollard will give solid production in the frontcourt and give veteran leadership. The rebuild for Kyle Smith at Washington State needs to show progress in year one.

Preview of Week 4 in the ACC