Arizona is looking to add their first big resume-building win. As with Baylor, they are trying to continue to prove they’re a legitimate factor in the Big 12.
The Wildcats will be led by the play of Nico Mannion who plays with so much confidence and poise controlling this team. The impact of Zeke Njaji will be vital in this game to establish their interior presence. Furthermore, Josh Green will need to continue to produce effectively offensive and brining great size defensively. In addition, the emergence of Chase Jeter and Dylan Smith is very important for the success of Arizona. The main objective for Arizona will be containing Jared Butler.
As for Baylor, the success of Butler has established the backcourt as a being dynamic. Also, MaCio Teague and Davion Mitchell next to Butler bring physicality defensively and scoring capabilities. In addition, Mark Vital will bring the same toughness every time and will be needed with the question of Tristan Clark’s health. Baylor’s experience and depth in the backcourt will outlast Arizona.
Prediction: Baylor 71 Arizona 67 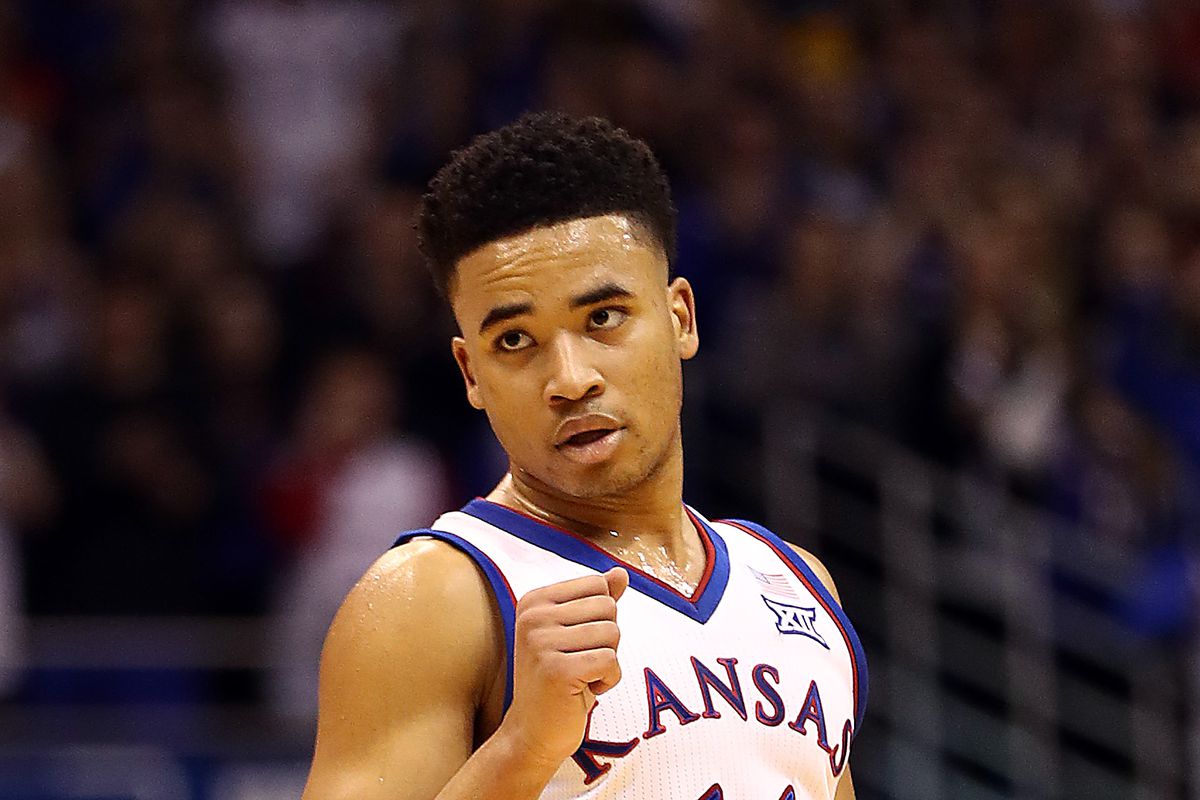 This will be the biggest game for Tad Boyle while in Colorado. The play of Tyler Bey has been exceptional so far this season averaging 14.0 points and 11.9 rebounds per game. Also, McKinley Wright gives a steadiness offensively for Colorado and he must match Devon Dotson’s production. Furthermore, the size of D’Shawn Schwartz will be key against Ochai Agbaji and Isaiah Moss defensively. Most importantly, Evan Battey will have the biggest challenge containing Udoka Azubuike throughout the game.
Now for Kansas, the success of their team starts with establishing Azubuike inside and staying out of foul trouble. Furthermore, Agbaji needs to have a strong game against Bey who has been playing extremely well. Now, if Moss can make big perimeter shots to stretch the defense. In addition, Dotson will need to establish the pace of this game and get to the lane and finish effectively.

Maryland is off to a great start 9-0 and has a dominant win over Notre Dame. Illinois is coming off an underwhelming performance against Miami at home.
Maryland is led by the play of Anthony Cowan who is one of the best point guards in the country right now averaging 16.2 points a game. Also, the play of the other guards with Eric Ayala, Darryl Morsell and Aaron Wiggins give them major scoring and versatility as a unit. Next, the biggest reason for Maryland’s long term success is Jalen Smith and he must continue to be a force inside. When Maryland plays hard and together they are an extremely tough team.
Illinois must get more production from their guards especially in this matchup. Ayo Dosunmu must become more efficient as a shooter and scorer. Also, Andre Feliz and Trent Frazier must match the play of Maryland’s guards on both ends to have a chance. Lastly, the impact of the bigs in this game could be huge with Kofi Cockburn’s size and with Giorgi Bezhanshivili will be vital.
This Maryland team is playing too well to slip up against Illinois in this game.
Prediction: Maryland 78 Illinois 69 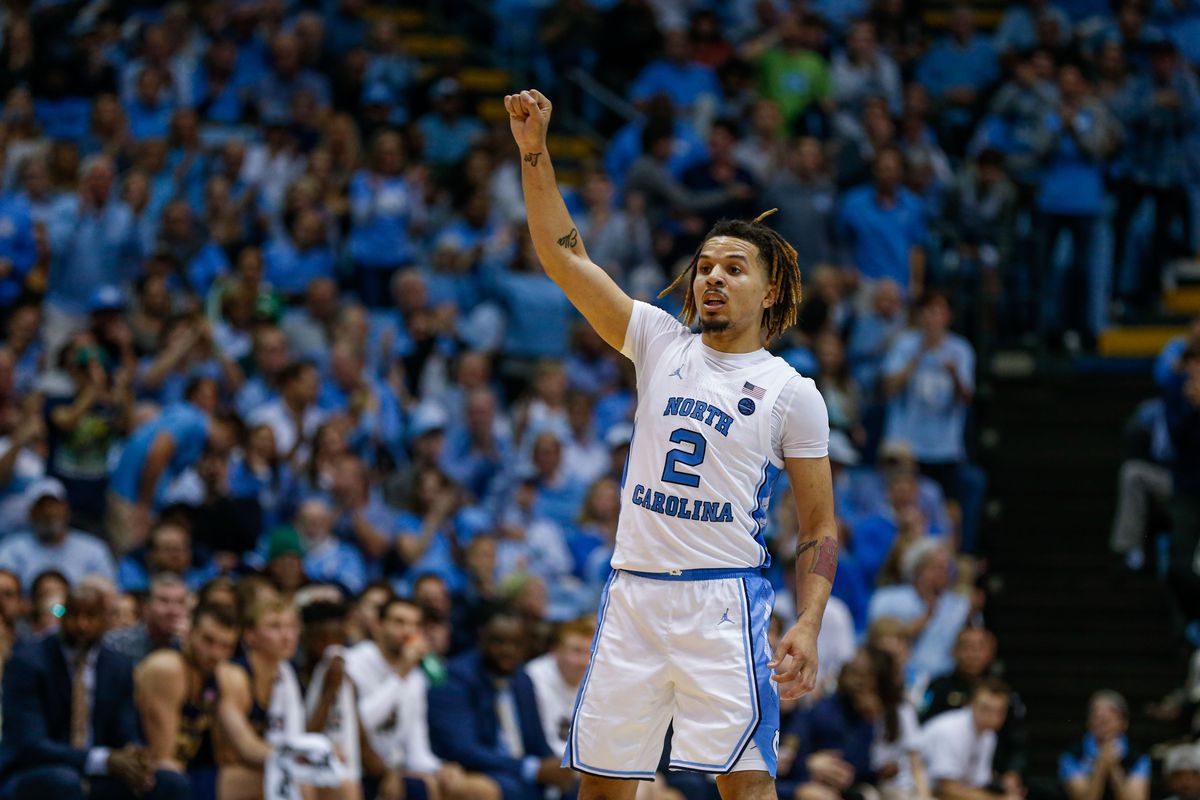 Both of these teams are coming off their worst performance of the season. Their lack of scoring for both teams is a major concern moving forward.
To start with Virginia, the loss of Braxton Key is hurting their defense and ability to have a solid option offensively. Also, Kihei Clark must be able to elevate his game offensively to give some production. In addition, Jay Huff is a capable scorer who needs to be able to make perimeter jumpers for this team. Casey Morsell will be key on both ends and have a responsibility to guard Cole Anthony. Furthermore, Mamadi Diakite needs to be the focal point for this offense and he must contain Garrison Brooks and Armando Bacot if healthy.
As for North Carolina, someone outside of Cole Anthony must emerge offensively. That could be Leaky Black or Brandon Robinson who can get to the basket and make big shots. Also, Justin Pierce or Christian Keeling needs to deliver on their expectations and experience. The production of Garrison Brooks and Armando Bacot, if healthy, will be key in this matchup on the boards. The offensive capabilities are stronger with North Carolina as they will find a way to win this game.
Prediction: North Carolina 60 Virginia 54

This northwest battle will give fans two of the best frontcourts in the country. The play of Filip Petrusev has been exceptional as he averages 15.7 points and 8.4 rebounds per game. Also, the health of Killian Tille is getting better, therefore he is set to continue to produce at a high level stretching the defense with his versatility. Next, Corey Kispert is shooting the ball very well and is adding a go-to scorer on the perimeter. In addition, Admon Gilder and Ryan Woolridge need to be smart against this zone and attack the gaps effectively. The way Gonzaga attacks this zone will be the deciding factor in this game.
Now, the youth for Washington in the frontcourt will need a huge game from Isaiah Stewart and Jaden McDaniels on both ends. Next, Nahziah Carter will be vital with his length in the zone disrupting Corey Kispert. Also, the play of Quade Green will be important against the size of Gonzaga’s guards against him. Washington has the opportunity to prove their zone will travel against high-level games in this matchup. The experience inside will be the difference leading to a Gonzaga win.
Prediction: Gonzaga 67 Washington 63