Butler is coming off a tough week losing to DePaul and Seton Hall. They have a major opportunity against Villanova and Kamar Baldwin must play at an elite level in this game. They also need very good perimeter defense from Aaron Thompson along with timely scoring. Furthermore, the frontcourt of Bryce Nze and Bryce Golden must step up their game against Jeremiah Robinson-Earl and Cole Swider. In addition, Jordan Tucker and Sean McDermott must continue to provide consistent shooting.
As for Villanova, Jermaine Samuels has to continue to assert himself as a scorer for Villanova. In addition, Saddiq Bey has evolved for Villanova as a more complete scorer and a very good defender. Collin Gillespie will need to be very good in his matchup against Baldwin on the offensive end. The contrasting styles of defense from Butler and Villanova’s offense will be key. Villanova’s frontcourt will be too much for Butler to contain in this game.
Prediction: Villanova 67 Butler 59 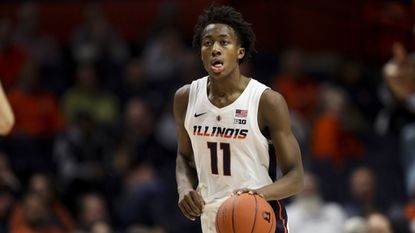 Illinois is emerging in the Big Ten and is starting off a very tough part in their schedule on the road at Purdue. Furthermore, the star of Illinois will need to continue to elevate his game as a complete player in Ayo Dosunmu as a scorer and distributor. Next, the frontline battle in this game will be exceptional with Kofi Cockburn against Trevion Willaims. As well as, Giorgi Bezhanishvili against Matt Haarms the matchups will determine this game on both ends. Also, Trent Frazier is coming on as a secondary scorer in the backcourt. Illinois must get some more depth help whether it’s from Andres Feliz or A.J. Griffin.
Now, with Purdue, they must be able to have success with Trevion Willaims even with the difficult frontcourt matchup. Next, Nojel Eastern will need to have a great game defensively against Ayo Dosunmu. They also need to get production from Aaron Wheeler and Eric Hunter on both ends is vital for their success. The x-factor for Purdue is Sasha Stefanovic is he can stretch the defense making big shots it will be key. Purdue will get a huge home over a very solid Illinois team.

Michigan has an opportunity to get back on track with a quality win against Penn State. The matchup that will be crucial for Michigan will be containing Lamar Stevens with Franz Wager and Bradon Johns stepping up. In addition, Zavier Simpson must dominate the Penn State backcourt with his pressure defensively. Also, Jon Teske will play a major role on the boards for Michigan against Mike Watkins. David DeJulius will need to play well against the likes of Myles Dread and Isaiah Brockington.
As for Penn State, they are looking to build off of their big win against Ohio State. Further, the play of Lamar Stevens has been exceptional with his strong scoring and ability to efficient. As well as, getting big-time production from Myreon Jones who is their go-to option on the perimeter. Furthermore, the wings will need to continue to be productive with Jamari Wheeler and Myles Dread. Next, Mike Watkins will need to be able to defend at a high level against Jon Teske. Penn State will get a massive road win at Michigan without Isaiah Livers.

DePaul has the ability to keep the momentum going after their win against Butler. The play of Paul Reed has been great for DePaul inside and has a good matchup against Damien Jefferson. Next, the play of Charlie Moore will be vital against the Creighton backcourt in Marcus Zegarowksi and Ty-Shon Alexander. Also, the shooting of Jalen Coleman-Lands has been very effective and a major bonus for the DePaul offense. The growth of Romeo Weems must continue to contain Mitch Ballock in this game. The continuity of DePaul must continue to win in this matchup.
As for Creighton, Marcus Zegarowski will need to continue to be the catalyst for the Creighton offense. Also, the shooter in Mitch Ballock must continue to make huge shots and Ty-Shon Alexandr must continue to be more effective as he was last game against Providence. The play of Denzel Mahoney has been great with his versatility on both ends with Damien Jefferson giving that same versatility inside. DePaul is clicking as a team now and will get another big win over Creighton.
Prediction: DePaul 78 Creighton 76

USC has the ability to get started to make noise in the PAC-12 with a major win over Oregon. Further, Oneyka Okongwu needs to be a dominant force inside for USC inside and continue to set the tone. Next, Jonah Mathews needs to be more efficient as a shooter and continue to provide consistency on the perimeter. Also, Ethan Anderson is going to have a very difficult task going against Payton Pritchard of Oregon. Elijah Weaver could play a key role against Chris Duarte and Will Richardson defensively.
For Oregon, their success is predicated on the play of Pritchard and is a shot-maker. As well as, the help on the perimeter with Chris Duarte and Anthony Mathis’s ability to score the basketball as well. Further, Will Richardson will provide a good defense against the USC perimeter. In addition, Chandler Lawson’s versatility in the frontcourt will be crucial against Oneyka Okongwu. As well as, getting good play and more consistency from N’Faly Dante. Oregon will have too good of play from Payton Pritchard for USC to overcome.