Iowa has started to struggle to get wins in the Big Ten with losing four out of their last five. Furthermore, the injury to CJ Fredrick has had a massive impact on this team. They lost a big-time shot-maker and the ability to open up the floor for others. Next, the defense has had moments of showing improvement but is having difficulty containing the better guards in the country. Also, the attention on Luka Garza is only continuing to grow and teams have limited his ability to completely control the game. Additionally, they need Jordan Bohannon to be more consistent with his scoring ability especially in the absence of Fredrick. The continued growth of their depth will be important to get back on track and stepping up defensively. Along with, the return of Fredrick will make them even more challenging to defend for opposing teams. 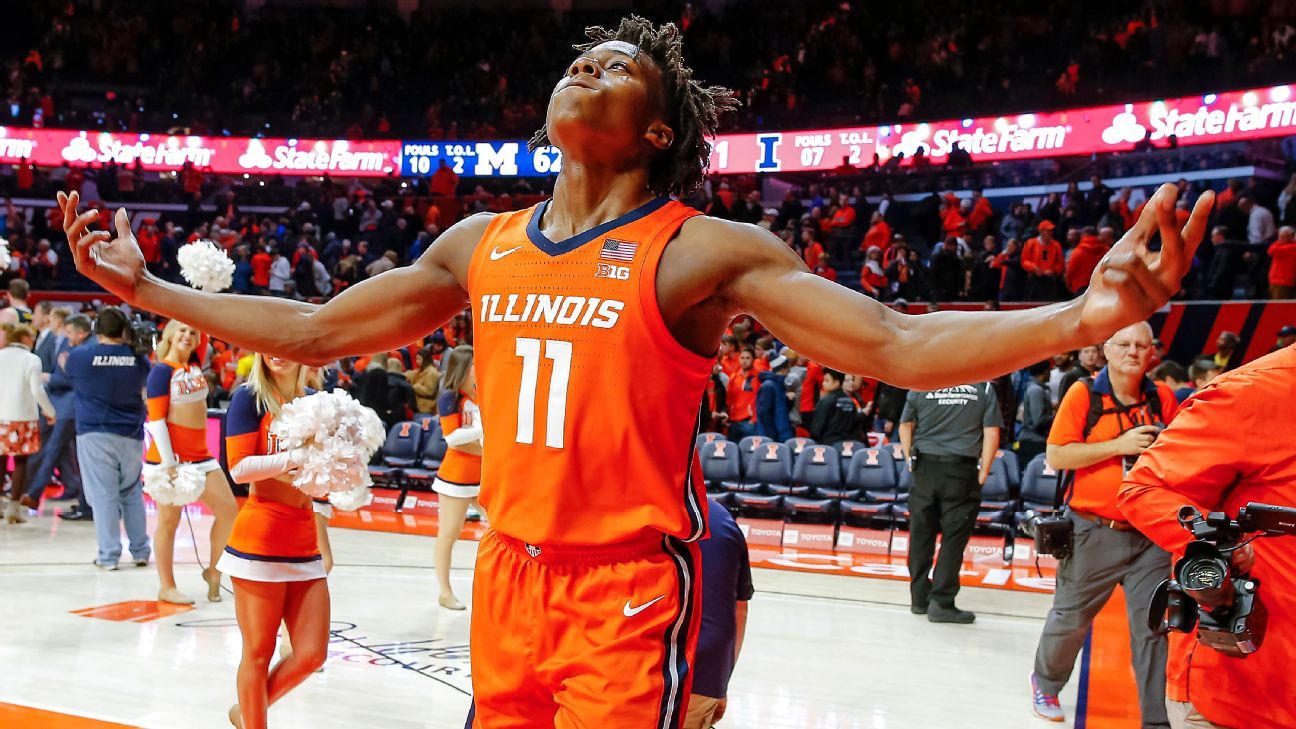 This is the best duo in all of college basketball with their ability to produce on the perimeter and interior at an elite level. The force that is Kofi Cockburn is a problem for teams to consistently match up with and his efficiency around the basket. Next, the ability for Cockburn to control the boards for Illinois is elite and he is a rim protector. Cockburn is averaging 17.0 points and 10.4 rebounds a game. With his consistency makes him a problem for opposing teams. Now the dynamic ability of Ayo Dosunmu is elite on the open floor. Additionally, his ability to take over games with his scoring ability at the rim and improved shot-making are terrific. Along with, his capability to be a really good rebounder for a guard and taking over in Transition. Now, Dosunmu’s playmaking for others gives Illinois the potential to be elite offensively and a team to have a run in them in the NCAA Tournament.

The favorites within the PAC 12 are USC and their defensive ability against UCLA was impressive. Furthermore, their ability to hold UCLA to 48 points speaks to the overall development of USC’s growth on that end. Continued, Evan Mobley is a major factor with his ability to dominate in the paint scoring-wise and on the boards. Ethan Anderson’s scoring off the bench is really key for USC to give them that boost to their offense. Tahj Eaddy is important for USC with his ability to attack and make plays consistently throughout games. Also, Drew Peterson has been a really good addition adding perimeter scoring consistently for USC. USC is looking like PAC 12 favorites and will be playing in the NCAA Tournament.

Missouri continued to prove they are a team capable of making noise in the NCAA Tournament with the win over Alabama. Next, this team showed the ability to slow down a potent offense throughout. Continued, the pace of Dru Smith and playmaking sets up Missouri to be productive offensively. Xavier Pinson and his versatility are important for the success of Missouri, as he is their most impactful scorer. Also, Mark Smith plays a really key role being their big-time shot-making in the most crucial moments. Having Jeremiah Tilmon inside gives Missouri the ability to slow down and allow Tilmon to dominate opposing bigs. The overall continuity of this team is showing up as Missouri’s experience will suit them well come NCAA Tournament time.

Now, these two teams had opportunities to come away with big wins against Tennessee and North Carolina respectively but fell short. This has been a season to forget for the two blue blood programs as both are more than likely not playing in the NCAA tournament unless they win their conference tournaments. Next, the lack of star power from the freshman class from years past for the programs has shown. Additionally, the guard play for both teams sticks out as they have major youth and in time can be good, but are not ready for NCAA Tournament runs. The lack of veteran continuity has shown this year and both teams are missing it badly. As for Mike Krzyzewski and John Calipari, the remaining part of the season is building momentum towards the conference tournaments for a shot to make a run and player development to have these players return which would make both teams very dangerous for next season. As for this season, the lack of dynamic players has shown and will cost both programs a trip to the NCAA Tournament.